Home Sport World Cup 2022 Predictions: Who are the Top 5 Favorites

Are you a big football/soccer fan? We are pretty sure you are barely waiting for the World Cup to start. This international competition is one of the most prestigious in the entire sports industry. People will wake up early in the morning, if necessary, to watch and support their national team.

Before the World Cup starts, people and online bookmakers like 22bet are always making predictions. Indeed, the predictions are not always correct as these competitions are full of surprises. That’s probably the main reason why people love World Cup and football in general.

But, it is always interesting to hear who has the biggest chance to reach the finals and potentially make millions of people happy. We would like to analyze who are the biggest favorites to win the World Cup. After analyzing different statements and statistics, we have realized that opinions are not that different from one place to another. Check out our list below!

Brazil is always somewhere at the top of this list. Without any doubt, all players from the Brazilian squad are playing in the strongest leagues in the world. In every possible position, there is a player that is top-class. Also, we have to highlight that some of the best players in the world like Firmino are not even part of the crew that went to Qatar. That only confirms how powerful their team is.

But, there are three more reasons why Brazil is at the top of this list. First and foremost, we have noticed that the atmosphere in the team is amazing. This is the first thing we always check when making predictions. In the past years, there were always some mini-scandals or unsolved situations that ruined the atmosphere of the national team.

Apart from that, we all remember the loss against Germany that Brazil experienced at home. We believe that Brazilian players also remember that. Many members of that team are no longer playing or will soon retire. But, the younger generations of players will certainly do whatever it takes to fix the reputation of the national team.

In the end, Brazil hasn’t won World Cup for 20 years. For a team that has always had many professional players, that period is way too long. Their group isn’t easy as they are facing Serbia, Switzerland, and Cameroon. Every team has a big motive to play against Brazil, so we will see whether they will prove they are the best team in the group. But, we are pretty sure they will end up in the first place. After that…we will see.

Argentina is, without any doubt, the second-biggest favorite on this list. Just like Brazil, they have amazing players in almost every position. Apart from that, the replacement and bench players are also players who play in the top 5 leagues in Europe. Their motive is even bigger as they haven’t managed to win the World Cup since 1986.

Another thing we need to highlight is that Leo Messi does not have a World Cup title. This is the only achievement that he is missing. We do not want to say that Leo can conquer the world alone, but we are pretty sure he will use his authority to motivate younger players to play better and invest 100% of their effort to win every game.

Also, Argentina hasn’t lost a game in the last 36 matches. If they win a couple of matches more, they are going to break the national record. We will see whether they will manage to do that or not.

The main two favorites are almost identical in all analyses that we have read. In other words, it seems that all sports experts believe that the World Cup title will get back to South America after many years. From third to sixth place, the predictions are different. But, based on our knowledge, we believe that France is the third favorite to win the World Cup.

France is the winner of the previous World Cup when they defeated Croatia in the finals. Mbappe certainly is one of the best football players in the world. On the other hand, Benzema IS the best player in the world this year. His balloon d’Or title will certainly motivate him even more to play better in this competition. Plus, as you know, he hasn’t played for France for a long period because of the scandals he got involved in. He will probably retire until the next World Cup. So, this is the chance for him to prove to the French fans that he admires their support and loves his country.

Of course, these two players are not the only ones that play for the French national team. They are full of good players in almost every position. Their team truly is a mixture of young talented players and experienced veterans that are playing in top-class teams.

England is always at the top of the list to win the World Cup title. However, they somehow never manage to do that. But, we think their team hasn’t been this strong for a long period. Indeed, their defense is a bit weaker compared to other national teams that are top favorites to win the title. But, their offensive part certainly is amazing! We will see whether they will finally manage to surprise the worldwide audience and their fans at home.

No one should ever underestimate the Spanish team. The reason why they are not in a bit higher place on the list is the fact that their football team is extremely young. Their inexperience with World Cups is something that can be considered their biggest disadvantage. However, when you look closer, all their youngsters are playing in some of the most prestigious football leagues in Europe. So, we can’t really say they are “inexperienced”. They are the main favorites in the group, and it is hard to believe things will get complicated for them at the beginning of the journey.

These are the main favorites to win the 2022 World Cup. We can’t be 100% sure that there won’t be surprises. Croatia, for instance, was not the biggest favorite for the last World Cup, but they managed to reach the finals. Without any doubt, the competition will be interesting! Is It Better to Use a Steam Shower Before or After Working Out: Health Benefits 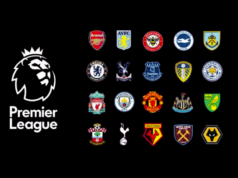 Has There Ever Been a Perfect Premier League Season? 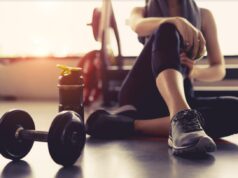