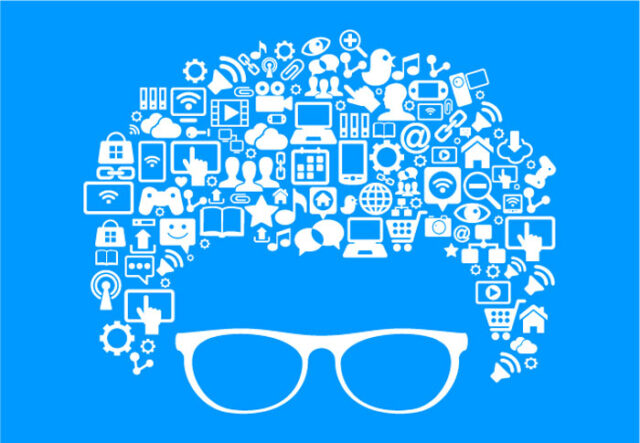 Why do you uninstall some app? Is it because it has a bad design? Or you simply don’t like it? The reasons for uninstalling apps are pretty interesting, sometimes even funny but the main question for app developers is, how to stop that? Imagine that you made some app and people uninstall it more often than not? Wouldn’t you like to know why? There has been a research that discovered most of reasons why people uninstall apps. 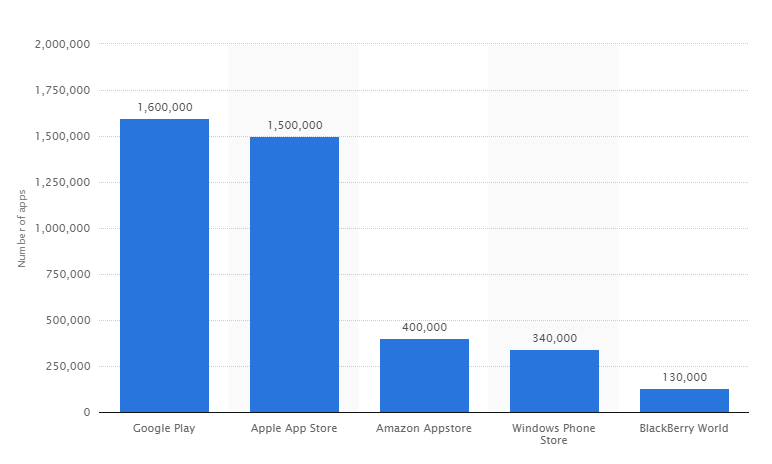 Before I start with all of that, the interesting thing are the numbers. Do you know how many apps there are on different App Stores? And what category has the most apps? Or how long an average person keeps some app installed?

Current rough number says that Google Play leads other stores with over 1.6 million apps. Google Play is followed by Apple App Store that has about 1.5 million apps. The third place is owned by Amazon AppStore with about 400,000 apps and it is closely followed by much improving Windows Phone store that currently counts about 340,00 apps. The last place we should just mention is BlackBerry World that has only about 130,000 apps. So, not much surprises here because everyone knows how popular Android and iOS systems are. A little surprise is Amazon AppStore on the third place ahead of Windows Phone but Microsoft operating system is still very much in development stage and it is actually becoming more and more popular and more used so it is just the question of time when it will have more apps.

If you want to talk about categories then the most popular category is “Games”, followed by “Business” and “Education” apps. About 21.8% of apps are games, 10.3% of apps fall into the category of business apps and about 9.8% are apps created for education.
The interesting thing here is the amount of time we use these apps. For instance, most of games are used about 4 times per week and about 62% of games are deleted within 30 days of installing. 49% of apps are deleted within 60 days only 41% of games keep around for 90 days.
Business apps are used about 2.3 times per week and about 52% of them are uninstalled within 30 days. 52% last 60 days and 41% of business apps are gone within 90 days.
Education apps are little more used than business ones with the number 2.6 times per week. But, 53% of them go away within 30 days, 43% stick for 60 days and only 31% of education apps last up to 90 days.
So, this is the overall stat for all apps:

Now to the actual problem, why do people uninstall apps? There are lots of different reasons but the most common reasons people mentioned are:

Some of these reasons sound familiar? Did you delete some apps because of these reasons? I know I did and if those app developers cared about that part then people would still use their apps.

Since I said earlier that three most popular categories are “Games”, “Business” and “Education” here is a reason for uninstalling those type of apps.

The biggest reason for uninstalling the game is that it is not enjoyable or it is not fun playing it. About 69.3% of people delete games because of that reason. You find some game that looks amazing, download it but then when you play it is disappointing. Lots of advertisements that ruin the enjoyment is the second biggest reason for uninstalling games (65.6%) and annoying notifications that pop up every now and then are the third reason (59.7%). Some of the other reasons that make people uninstall games are boring games, addictiveness, high battery usage, no instructions for playing and similar.

The biggest reason for uninstalling business apps is the appearance of other app with higher quality and better functionality (28.4%). The second biggest reason is poor user experience because of bad design, poor user interface or similar (27%) and the third reasons is the premium features. Nothing kills an app more than having to pay for some features (24.6%) that you need and expected to get from that app, fore free!

Education apps are mostly uninstalled because people learned all that information or lost interest in it (40.4%). The other biggest reason (34.2%) is that application was not engaging enough and about 22.2% of people uninstall these apps because there is some better alternative.

Did you find yourself here? 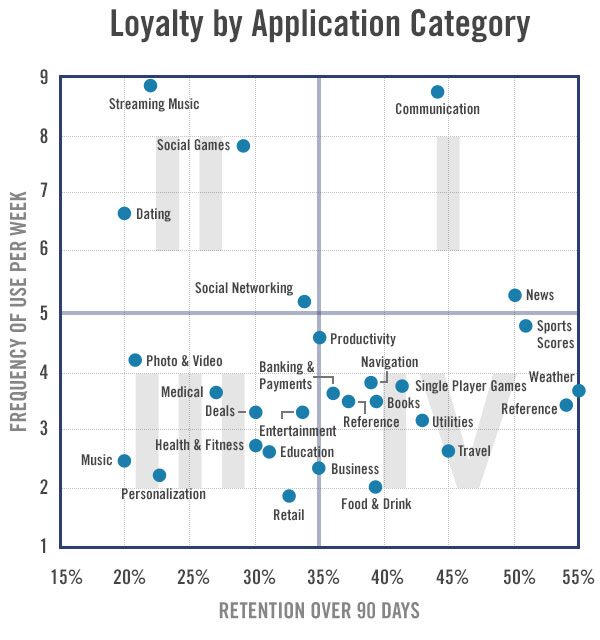 Almost everything mentioned above, all that reasons why people uninstall apps are often caused by some mistake made when creating the app. Most common mistakes are:

One thing that has to be made perfect is graphical user interface, especially GUI controls. Don’t put tittles and text colors and style that makes it look like a link. People could be confused. Another thing that can confuse people are elements that look like some action but don’t do anything, avoid that.

One of the biggest mistakes is not localizing apps for more languages. It is surprising but more than 50% of countries where apps make most money are countries where English is not the first language. Always translate your app to at least most popular languages.

Using same words for more parts of application that do different things can confuse people, just like using different words and commands for same actions. All that leads to inconsistency and people will look for more consistent alternative.

Always use drop down menus because without them the complete interaction can be slowed down and users won’t feel comfortable. Default values will help with avoiding confusion with giving the appropriate answer for asked questions.

If you just place your users into app without informing them about app and how to use it that could lead to image of complexity and people won’t like it. Always give instructions about most important things in that app to help people with using it. And provide the skip button for people who don’t need that instructions.

There are lots of phones out there which means that there are lots of screen sizes too. Your app must look perfect on any phone with any screen size, remember that. And it has to provide user option to rotate phone and hold it in their preferred position.

Click targets must be easily accessible and large enough for people to click on them. If click targets are too small then people could accidentally click somewhere outside of that area and be confused or even mad.

There is a thing called too many features. It may sound weird but trust me, there is. If you start to overwhelm users with lots of features, especially in the beginning of the app then it could make your app look very complex and confusing and that could drive people away from it.

Those are 8 common mistakes app developers make. If you want to create your app (or already did) try to focus on these problems and fix them in your app if there is one.

The last part of this article is focused on two biggest App Stores out there – Google Play and Apple App Store. 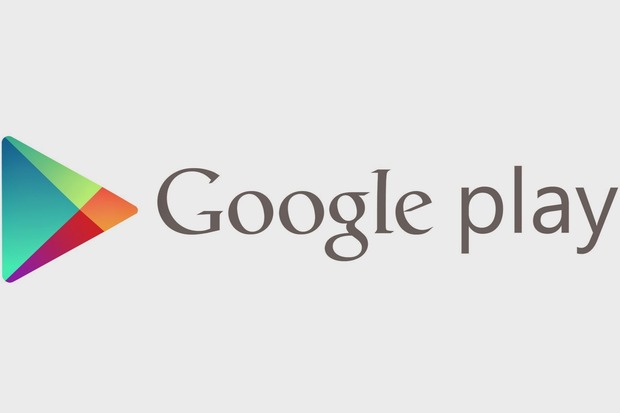 Remember that numbers from the beginning when I mentioned that Google Play contains about 1.6 million apps and Apple App Store “only” 1.5 million? Well, check this out, Apple App Store has about 100 billion of downloads on these 1.5 million apps. On the other hand, Google Play has more apps but on that number of 1.6 million apps number of downloads is just 50 billion. How can that be? More apps but smaller amount of downloads? Well, both stores have some advantages and disadvantages over each other and that leads to different numbers. 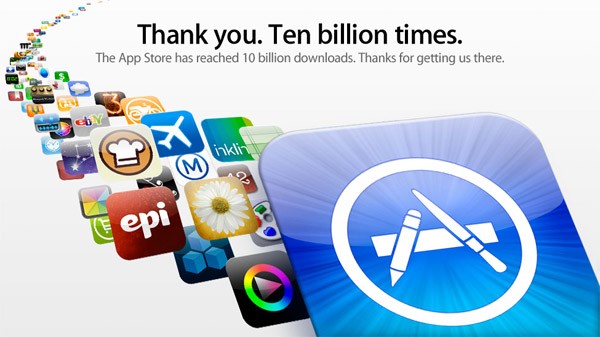 And that’s it. Check out the infographic below for some more information about the process of uninstalling apps and why it happens. Enjoy!