Home Daily Infographics Who Invented Internet And Why? 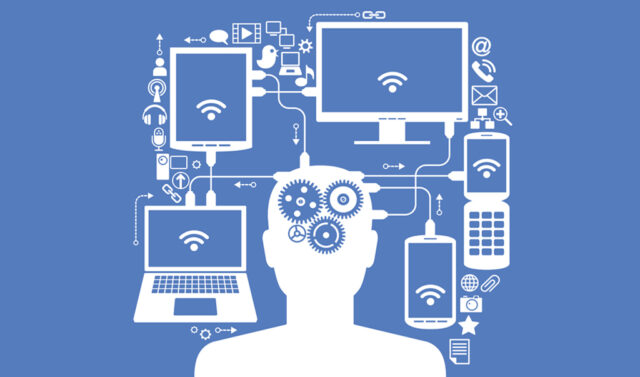 One thing that is undeniable. A single person did not invent the Internet that we use and know today. Through the history there were many people who helped to contribute and shape the development of Internet.  The birth of World Wide Web takes as back all the way to the tech battle between USSR and US during Cold War. Soviet Union made Sputnik 1. It was satellite sent into space in 1957. In response to this American government made Agency for advanced research project known as DARPA. The specific mission of that agency is to prevent future surprises in the tech world, like that Sputnik. This was a sign for U.S. that Russia beat them by going in the space first. DARPA exists even today, and their primary mission is practically the same like before. Preventing future tech surprises. But back then to succeed in coordinating something like that, what they required was fast way of exchanging data between many labs and universities.

Now, this story brings me to person named J.C.R. Licklider who had an idea to create intergalactic computer network or network of many computers connected with each other for the purpose of exchanging data. Because of this story we can come to conclusion that the idea of modern internet came because humans had desire to do something but not to get up and move to other places. The initial creation of the internet that we know today started to be developed in United States, California by the late 60’s. General public learned about the internet on July 3, 1969. First network equipment was called IMP which meant Interface Message Processor. It was sent to UCLA on August 29, 1969. That same year first message ever was sent from professor Leonardk Kleinrock. The message was distributed just as ” LO ”. But this was actually short from LOGIN, as Charley S Kline attempted to get inside SRI computer at UCLA. The message was not finished because system had crashed down. But in a short time the problem was fixed and he was able to successfully log in computer. First email was developed 2 years later in 1971.

Ray Tomlinson was the person who sent first message through email, and first internet service provider was introduced in 1974 called Telenet. Quickly after the introduction of first internet provider, modem was introduced by Dale Heatheringhton and Dennis Hayes in 1997. It was called 80-103A. Over the years modem became popular standard for all people connecting to the internet and going online, especially home users. The first domain was introduced in 1985, march 15 and it was called symbolics.com from computer company in Massachusetts. This brings me to year 1989 when the guy named Tim Berners Lee created system for information distributing on Internet and called it WWW or World Wide web. Publicly it was introduced 2 years later. WWW is set of pages and sites connected with many links, it is what we today consider as Internet.

Not much has passed, and the first web browser appeared. It was called Mosaic, released back in 1993. Most of browsers people are using today such as Mozilla Firefox, Internet Explorer or Chrome got inspiration from Mosaic. Java and JavaScript which is language of programming was developed by James Gosling and introduced in 1995. Today, Java is used to create software programs and internet applications. The rest is I’d like to say history.