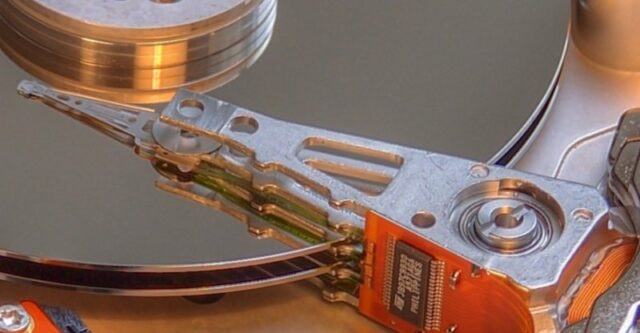 Which disk storage to choose? HDD, SSD or SSHD? The decision is quite difficult because it is diametrically opposed technologies. Classic hard disk drive (HDD) is big, slow and cheap, and the SSD is smaller, faster and more expensive.

But before that, you have to know something about the discs. What to look for? Basically you pay attention only to the capacity and price, but there are still some interesting parameters that you should pay attention. Of course, all depends on where you will install it.

There are four basic parameters for which you should pay attention.

The advantage is on the side of classic HDD, that the SSDs can not be measured. If you need a lot of space, your choice will be definitely hard drive. For a long time I can buy a large discs of 6 TB enough and very advanced users. SSDs are considerably smaller, up to 1 TB.

The data in the hard disks are stored on magnetic disks, which is often called the plates, which are rotated at high speed. The most common speeds are 5,400, 7,200 and 10,000 rpm. For SSDs everything is static, nothing moves – data is stored in the NAND cells which are able to turn “on” or “off”.

Speed is on the side of the SSDs, which are much faster than HDD. At home the most commonly mentioned read / write data. As the full data, HDD drives have the tendency of slowing down, which is known as the “fragmentation”, so that from time to time should be done Disk Defragmenter. SSDs do not have these problems.

However, a faster solid state drives has its drawback – cells may eventually “wear down” and may reduce capacity, reportedly more likely than HDD which can also occur something called “bad sector”, parts of which are can no longer write data. Also, SSDs can have problems with controllers, but newer models are more reliable than the first generation, and lately we have not heard of the common problems with SSDs. We dare to say that today’s SSD drives more reliable than HDDs.

The third parameter is the size. HDD drives come in sizes of 3.5 inches (desktops) or 2.5 inch (notebook computers). SSD drives are smaller and lighter, and come only in the size of 2.5 inches, and can be installed in desktop and notebook computers.

Here you do not have a lot discussion – the price is absolutely on the side of classic HDD. For the HDD size of 4TB can buy SSD of 256 GB. Of course, prices may vary slightly, but these are some approximate relations.

Hybrid SSHD drives are very good compromise solution that is cost effective and has the characteristics of the HDD and SSD drives, and come in sizes of 2.5 and 3.5 inches. The drawback is that generally have a very small SSD drives, usually 8 GB, which is enough just to install the operating system. HDD part is mainly a capacity of 500 GB, 1 TB or 2 TB, enough space for storage and for demanding users. Another option is to to have a smaller SSD drive as “major”, as well as an optional external HDD capacity drives.

There are several scenarios that mostly depend on how much money you think to invest. Also, it is very important whether you have a PC or laptop.

Let me show you few examples :

We hope we have helped accelerate our thinking your desktops and laptops. You’ve probably already concluded that the HDD drives of larger capacity, use more electricity, but they are slower and less expensive, while SSDs smaller in size and capacity, but completely silent, considerably faster and smaller electricity consumers, and significantly more expensive.

Below you can check infographic which compares SSD and HDD disks: 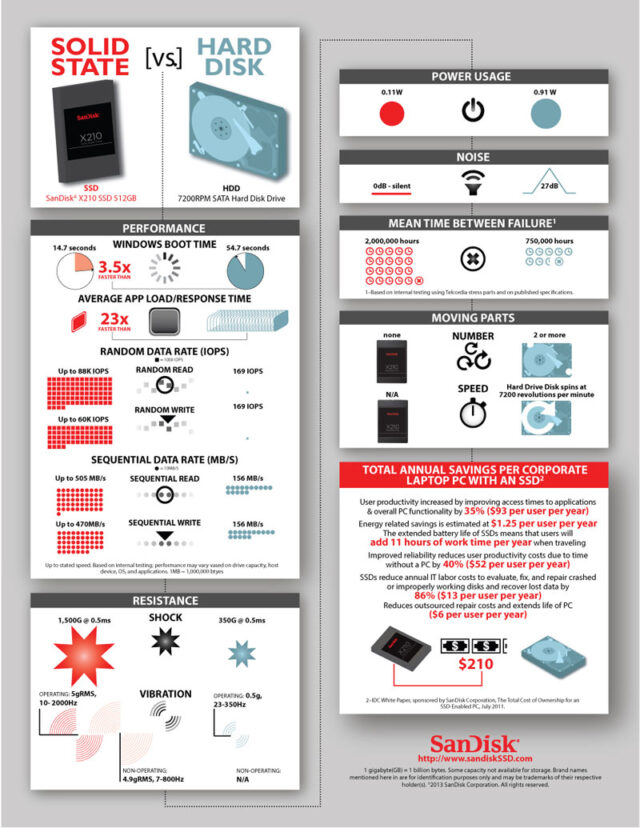