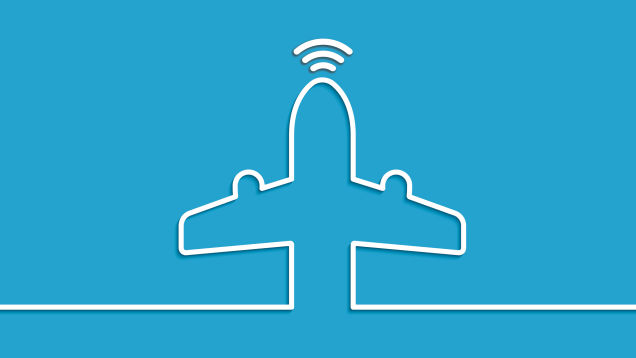 When you look around yourself, WiFi is everywhere. We have WiFi technology in trains, bus stations, cafes, work places and much more places. For many years, air travelling has been zone without phones. When people were entering inside plane they had to turn off all electric devices, and have fun with magazines or movies on TV. In today’s world with advancement of our technology, connectivity is so important. People don’t want to only admire the look of the skies from watching through window. They want to took pictures and upload them on social media sites, instantly.

When it was first announced that it will be allowed to have small portable devices on planes, airlines reacted quickly. Right now, WiFi technology is accessible in at least 40% of USA flights as well as International airline companies such as Qatar Airways, Emirates and Lufthansa. Some of the airline companies are even giving the service for free, examples are Turkish and Norwegian airlines. But, there are problems in connectivity, sometimes connection can be unreliable and slow. Business travelers are not very satisfied with connectivity offered in airlines, actually 30 % of them based on research. The biggest problem when it comes to WiFi is how it is connected to the ground. 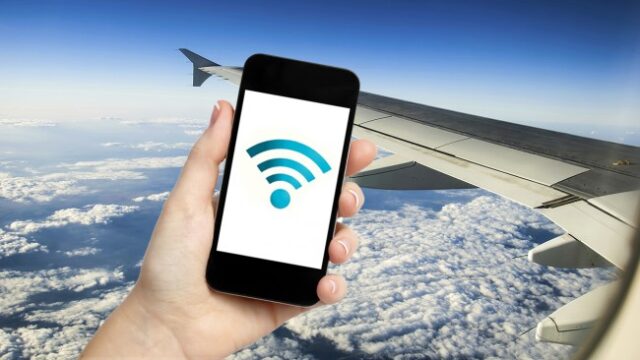 The first method of connecting is through 3G ground stations, that are all over USA. When plane flies over them they communicate. As the system itself is very simple it only provides limited bandwidth around 3.1 Mbps, consider that this counts for entire flight passengers, not just one. There is also new and improved way of dealing with this. Many companies are using ATG-4 technology which enables planes to boost their WiFi power to almost 10Mbps, planes must be equipped with directional antennas and dual modems. But still, even with this speed it’s not really much when you are flying out to the sea and leaving all the ground stations behind.

Right now, the best way for using high quality WiFi connection would be via satellites. With frequency over 12-18GHz they are considered as reliable, mainstream and economical for delivering great performance. One of great providers of this technology is Lufthansa’s FlyNet system, they claim it can boost speed all the way up to 50Mbps. This is not bad at all if you are flying in the middle of an ocean. The way connecting works in a plane is that you as a passenger just connect over your mobile phone to WiFi and pay much as it’s required regarding the airline rules. The price varies of course, depending on how many minutes you were connected or how long was the flight.

I think when you put it this way, the providers are earning lots of money because they are cashing on people who use flights regularly but had to be connected online all the time. But it’s not all just profit, some companies are even loosing money, for example GoGo provider for USA flights posted a loss of $33 million dollars. Other companies are still experimenting with WiFi offering trial od period of 12 months for a single plane, this means who ever is flying with that one, is using their WiFi for free.

But like with every technology advancing so rapidly every day, there is hope for stable and fast WiFi. It comes in Ka-band satellites which are 26.5-40Gh. They promise hundred times more capacity then Ku-band satellites. This means soon enough time would come when each of the passenger could be provided with 12Mbps. I think this is the speed that people would be willing to pay for, including myself. Still, this is in very early state of technology, so I don’t know how connection would cope up with people wanting to watch Netflix on plane. But I hope that soon enough we are going to have reliable, usable and affordable WiFi connection on planes. Below you can check all the airlines with inflight WiFi: