Home Daily Infographics What is the Best Programming Language? 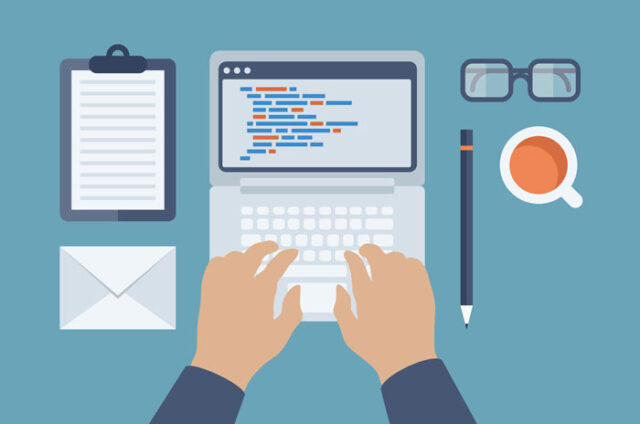 Thought about programming world and decided to join it? Well welcome. It is very hard to make a name for yourself out there but if you know the facts and get it right then you can earn some good money and enjoy your work. The hardest part, besides the actual learning of the language, is choosing the language you want to work with. There are lots of programming languages and we created this article to help you pick the right one. First of all, you must decide the programming field you want to work in. Here are the basic categories:

PHP is a language you must know if you want to start working in the field of web development. PHP (Hypertext Preprocessor) is an open source script language. It is the best language for beginners in the world of programming but it offers a lot and lots of advanced web developers use it every day. PHP can be used to collect data from forms, to generate dynamical content of website or to send and collect cookies. With PHP you can generate HTML, images, PDF or Flash files. The best feature of PHP is that it supports different databases. Besides databases, PHP has support for communicating with lots of internet services like LDAP, IMAP, SNMP, NNTP, POP3, HTTP and lots of others. Another important language for all web developers is JavaScript. JavaScript was developed in 1996 by a company named Netscape. At first its name was Mocha but later it was renamed to LiveScript and then to JavaScript.  It is object oriented script language that can be included into website to make it more dynamic. HTML is the basic code of some website but with JavaScript you define how all objects and elements created by HTML will act. With JavaScript you actually control your website behavior. JavaScript is the most popular script language on internet and it is supported by all famous web browsers (Internet Explorer, Mozilla Firefox, Opera, and Chrome). C++ is a programming language developed by Bjarne Stroustrup in 1980’s. C++ has a support for object oriented programming. At first it was presented as an update for programming language C and its original name was “C with classes”. C++ is very flexible and it was used for a large number of different projects. It can be used for creating desktop applications, servers, performance applications, entertainment software and lots of other stuff. It is an important language to know if you plan to work in the field of web development, game development, mobile app development, or embedded system programming. More information you can find here.l Java is object oriented programming language used for large number of different purposes. Java is simple, secure but powerful and it can be used on different platforms. If you want to describe Java with one sentence you can say: “Write once, run everywhere” which means you can use it on Windows, UNIX, MacOS or any other platform. Usual Java programs are applets and applications. Those two are very similar but applications are independent programs and applets need Java compatible browser in order to run. Besides that, Java is also a very powerful software platform and can be used for making different programs. Very powerful language everyone should learn and especially for people working in web development, game development or mobile app development field. We are slowly going ahead and now we reached Python. Python is a language that will allow you to work in all kind of programming fields. It is not hard to learn and it is very useful and flexible. Python was created by Guido van Rossum in 1990. It is mostly used on Linux but there are versions for other operating systems too. When you learn Python you get the option to make simple programs, programs with GUI, simple and complex games, integration to web pages and lots of other stuff. You didn’t hear this from us but Python is also the main language for creating hacking tools. Along with C++, Python is the most flexible language and you can use it almost everywhere so get to work and learn it.

Ruby is an object oriented programming language used in the field of web and game development. It was developed in 1995 by Jukihiro Macumoto. It is open source and its main functions are to develop system administration tools and making internet apps. Since 2006 some programmers are also using it to make electronic music, program analog hardware or even to create computer games. We can find implementation of Ruby in programming language C, Java, Microsoft .NET platform and Objective-C. Popularity of Ruby started to grow a lot since Ruby on Rails framework for web apps was introduced in 2005.

Our next programming language is C# which is mostly used in game and mobile app development. C# was created in Microsoft by a team of experts whose leader was Anders Hejlsberg and Scott Wiltamuth. It was published in 2000 along with .NET platform. C# was a programming language created with the goal to be safe, simple, modern and object oriented with powerful performances for .NET platform. It was based on object oriented languages like Java, C++ and Visual Basic. It is also very similar to Java and C++. The main difference between C# and Java is that C# can’t be used on any platform because it was developed for creating desktop and internet applications in Microsoft .NET platform.

Maybe you already heard about Matlab but you probably don’t know exactly what it is. Well, Matlab is a high performance programming language made to help with technical operations. It combines calculating, visualization and programming in easy-to-use environment where problem and solution are defined with familiar mathematical notation. Matlab is mostly used for:

I bet this is the least familiar language to you of all these I mentioned. Most of the people never even heard about it. Well R is used a lot in the field of data analysis. R became the most important tool for statistics, data science and visualization. Almost all professional data scientists use programming language R to find a solution for their problems. R is the main tool for data science and finance analytics that even companies like Google, Facebook and LinkedIn use.

What is the most paid programming language?

If you learned everything you need to know about all these languages, searched something about their code and simplicity and you still can’t make a choice which one to use then go with the earnings. That is all you need. Here are average annual salaries of the 10 languages we explained above.