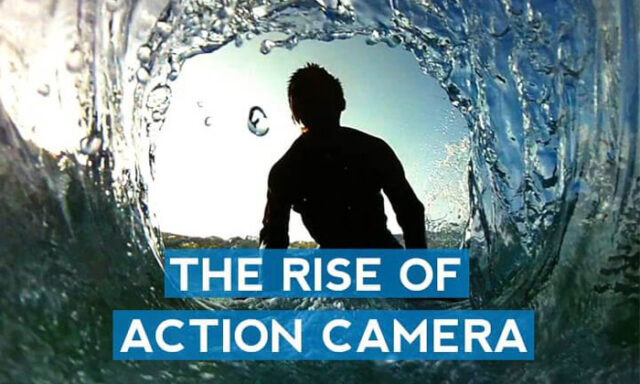 Have you ever seen that extreme videos where people record their actions like riding a bike down the mountain, surfing on big waves and similar? And do you wonder how they do that? Well, the answer is – with action cameras. Since the introduction of action cameras videos like that became more and more popular and the amount of different cameras began to increase. But what exactly are those cameras? Who thought of that idea? And which are the best currently? Keep reading to find out. 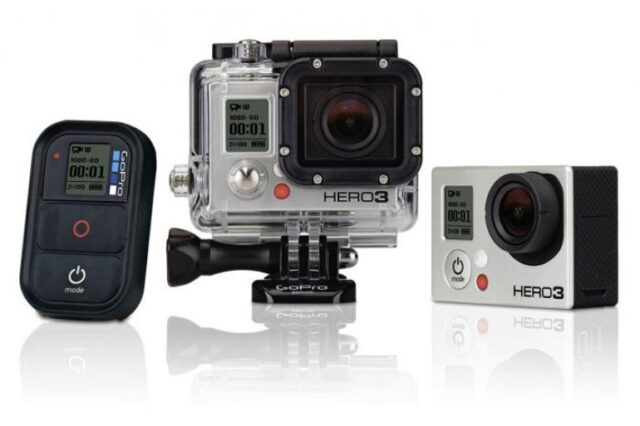 It can be hard to pick the right camera because lots of people don’t even know what they need from one. That’s why it is really important too look at all the elements of an action camera and learn what to look for in every element. Here are some most important ones.

There are some other elements that should be considered too but these are the most important ones. It is a good idea to write all that elements on paper and decide on details about them before you go to store.

No one knows exactly who invented action cameras and who thought of that idea first but what we know is that first camera attached to a helmet was used back in 1960s. Those cameras were not available for “ordinary” people and only innovators used them for their different projects. For example, Bob Sinclair who was recording a show called Ripcord mounted a camera to his helmet to make the whole show more interesting. He was probably the first man ever to use some form of action camera. In 1971 Steve McQueen used his own action camera prototype when filming movie. He wore it on his helmet and the camera was supposed to show a motorcycle ride from a first person. One of the first commercial action cameras was developed by Canon. It was called Ci-10 and you had to pay about $1000 to buy it. Yeah, it was expensive. Ci-10 was very small and very lightweight. It was also the first camera ever used to broadcast a footage from first person view. Another invention with good idea was the Helmet-Cam invented in 1991. That helmet was often placed on the head of footballers and it was able to show a first person view of footballers. That camera cost about $20000 and lot of people said that it was pretty uncomfortable and had a lot of issues. That’s why it wasn’t so popular but it had a good idea. 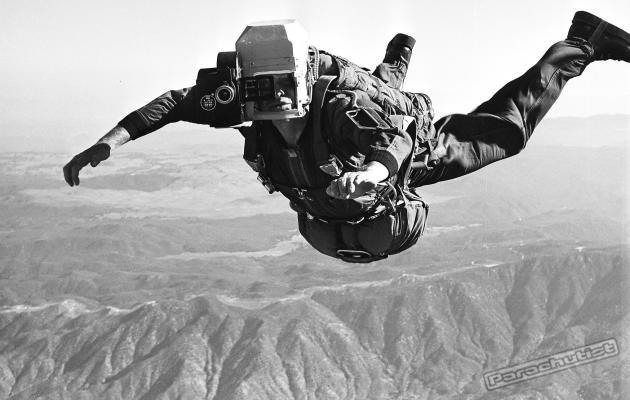 Based on that idea (and some others), a company galled GoPro was founded. Nick Woodman, the founder, decided to make action cameras that are comfortable, waterproof and affordable. A prototype based on that idea was launched in 2005. It was called GoPro HERO 35mm. It was a wrist camera that could go up to 15ft in water. But it wasn’t a video camera and it used 35mm Kodak film. The main thing about this camera was the price, it cost only about $20. A year later GoPro decided to improve the first camera and go digital. That’s when we got Digital HERO 1. It would shoot a 320×240 video at 10 frames-per-second but only for 10 seconds. This camera didn’t have a place for SD card but it had 32MB of internal memory. Another good camera from GoPro came in 2007 with the introduction of Digital HERO 3. It could shoot 512×384 video and could go up to 30 meters into water. A big improvement also came with Digital HERO 5 because it was possible to shot 512×384 video and it supported 2GB SD card. The angle was 170o and it could go up to 30 meters into the water. And in 2015 GoPro was supposed to launch HERO5 but instead the released a version of smaller cam that was completely waterproof and had a unique design.

What can we expect from the future? It’s not easy to say that because lots of things could happen but we can expect another set of big improvements in the next few years. Improvements like better quality, resolution, smaller size and similar. All we can do is wait.

Since the release of the first GoPro prototype of action cameras lots of other companies also started to launch their own version of these cameras. And today we have a lot of choice so it can be pretty trick to pick the right camera for yourself. Thanks to the elements I wrote at the beginning it shouldn’t be that hard. To help you even more here are some of the best action cameras you can get.

GoPro Hero4 Black
If you simply want the best image quality, amazing resolution and really impressive video look then this is the right camera for you. It can shoot videos in 4K resolution with 30fps and it also comes with large number of other impressive features. It is pretty expensive and it’ll cost you about $500 and it probably one of the most expensive action cameras out there. And thanks to all those feature battery life is also weak but if you don’t care about the money or have lots of reserve batteries then you can’t go wrong with this one. 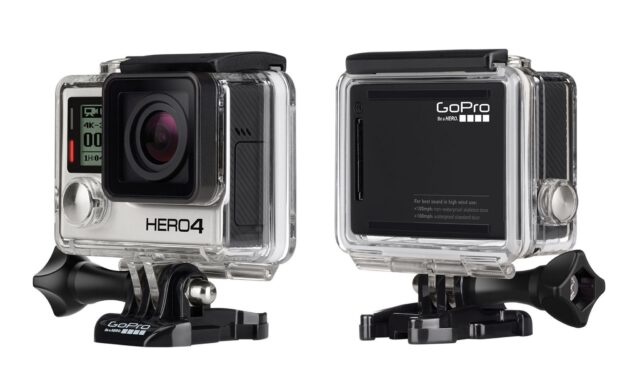 GoPro Hero
Need a good but cheap camera? Try GoPro Hero. It costs about $130 and gives some really good features and performance for that price. Image quality is good, it looks nice and it is really easy to use. If you are a beginner and don’t need something perfect then pick this one. 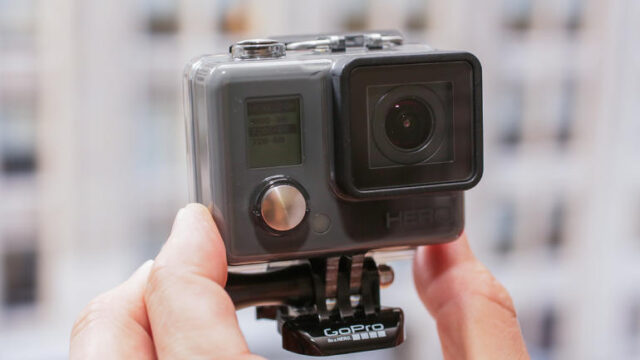 Sony Action Cam AS100V
This is another great camera and it doesn’t come from GoPro. The quality of image is not amazing but this camera has the best audio of all. Some people don’t care about audio on action cams but for people who need to hear everything clearly this camera is the perfect choice. It costs about $250 which is pretty expensive but it is still a very good camera for that money. 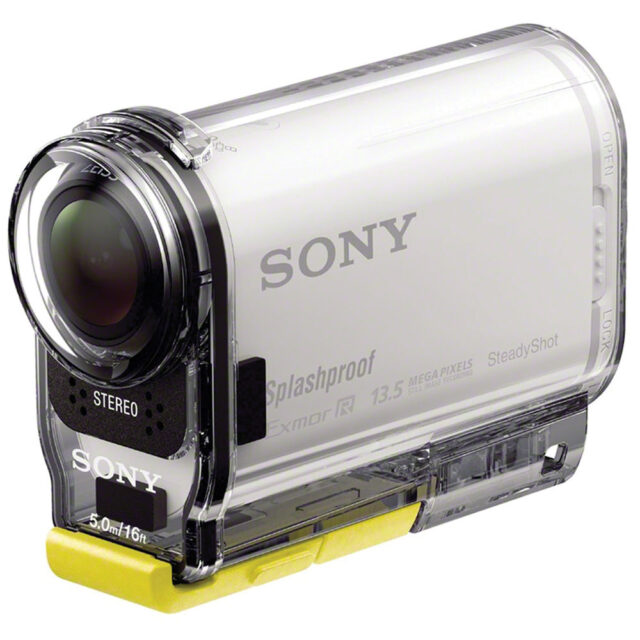 GoPro Hero4 Silver
This is another version of Hero4 from GoPro but this one, unlike the gold version, doesn’t have all the top features like 120fps at 1080p and the option to shot 4K video but let’s face it, who needs the very best? Processor is weaker than Hero4 Black but it can shoot 1080p images at 60fps and they look really good. Touch screen responds good and the microphone is very improved. The price is about $400 so it’s not that cheap but the camera looks good, has great features and sounds great. 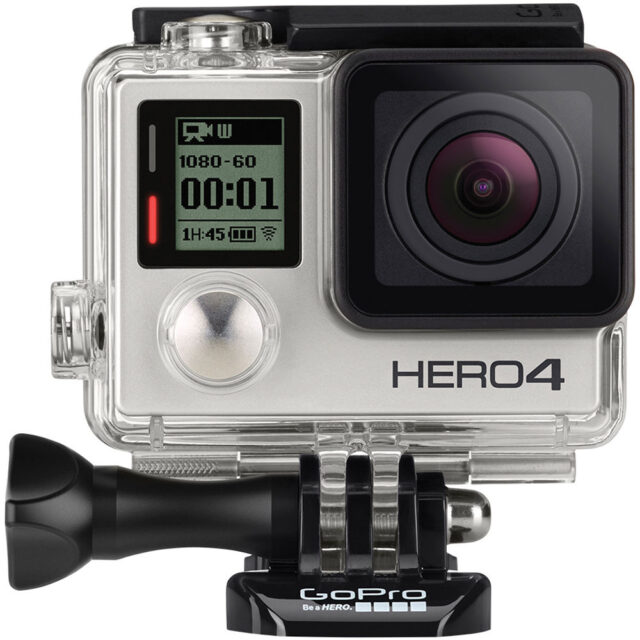 For more information about action cameras check the infographic below. I hope you enjoyed this article, good luck.