Obesity is defined as being very overweight to the extent it can affect your health. The way that doctors determine if you are obese is by using a body mass index (BMI) chart. The BMI is based on a formula that takes into account your weight and height. Depending on the value you get, you could be categorized as underweight, of normal weight, overweight, obese, or morbidly obese. Obese individuals have a BMI of 30 and higher, while morbidly obese individuals have a BMI of 40 or higher.

Obesity is a major problem in many parts of the developed world in places such as the United States, and more recently, the United Kingdom. A combination of cheap and easily available fattening fast food and a sedentary lifestyle seem to have resulted in more people becoming substantially overweight each year. What is even more concerning is the increased numbers of children and teenagers becoming obese.

The epidemic of obesity in the United States has dire consequences for the population and health care costs. Obesity leads to a condition called metabolic syndrome. This is, in turn, associated with increased risk of type2 diabetes and cardiovascular disease. In the current COVID-19 pandemic, obesity is also now a risk factor for severe complications and problems with recovery from the virus.

Why do people become obese?

The obvious cause is bad eating habits, but obesity is complicated and involves a combination of factors. Fast food is high in calories generally and often loaded with unhealthy trans fats and saturated fats. There is also often too much sugar added into many of the meals at takeout places; even restaurants may serve very high calorie foods. For instance, a salad can be fattening if it has a lot of mayonnaise added, which adds many additional calories. People also forget that soda and even some fruit juices can contain high concentrations of sugar.

Often people are too busy or don’t think about exercise, especially in the modern day and age when people are juggling working full-time with raising families. It is also a fact that our metabolism slows down as we get older and people start to gain weight after age 40. Women also become heavier with menopause, partly due to the changes in hormones. It is also often very challenging for a woman to lose weight after pregnancy. The changes in hormone levels can make it very difficult to get back to pre-pregnancy weight.

As mentioned earlier, a concern is the rise in obese children and teenagers. The increase in obesity among young people is a worry because it often means that these children have been taught unhealthy eating habits and are not exercising. Too many young people spend their time today glued to television or smart phones and do not engage in any type of physical activity and not all schools make physical education mandatory. Bad habits in childhood lead to unhealthy habits in adulthood and increased risk of obesity and metabolic syndrome.

Although quite rare, there are certain medical conditions that can cause weight gain. Prader-Willi syndrome is a disease in which people feel constantly hungry and thus easily become overweight. This condition is a genetic disorder that is inherited and due to a defect on chromosome 15.

There are certain medicines that make people gain weight; for instance, certain anti-seizure drugs and antidepressants. These medications often slow the metabolism down, which in turn, leads to people gaining weight.

How can we solve the obesity problem?

Since obesity is often caused by multiple factors, it can be difficult to control the obesity problem within a population. One approach is to educate people about making healthier food choices and becoming more active. This is a challenge for poor people who may not have the money to buy the healthy foods, which can often be more expensive, particularly in the United States.

Government can implement healthy eating programs in schools and find ways to address the high cost of fruits and vegetables. Regardless of what government does it is up to the individual to make wise choices.

Besides healthy eating and exercise there are surgical options to help people lose fat. Bariatric surgery is recommended for the morbidly obese, but only after they have committed to a change in lifestyle and eating habits. This surgery does carry risks though and is not always a good idea. There are different types of bariatric surgery which involve making the stomach smaller or bypassing part of the stomach.

Surgery can help you to tone your body and look slimmer and as part of a change to a healthier lifestyle. For people who want some fat removed, liposuction is a viable choice. It should be remembered though, that this only removes fat under the skin and not fat around the organs. It is, however, a useful technique for sculpting the body and fixing stubborn areas where fat just can’t be lost no matter how much you exercise and eat healthy.

It is important to remember that you need to be in good health in order to qualify for any surgical procedure, and this includes any type of liposuction. You should eat healthy and get lots of rest before the procedures and make sure that the doctors know your full medical history, including any prior surgeries. The doctors also need to know about any medications you take, both prescription and over-the-counter.

With a change in lifestyle, much can be achieved in helping you to lose weight, and then additional steps such as liposuction can help to further tone your body. 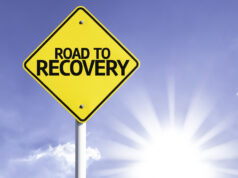 Benefits and Unique Ways of Recovery Through Christian Recovery Programs 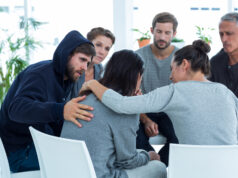 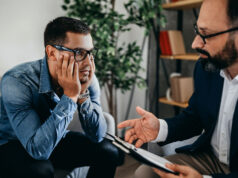 4 Solid Reasons You Do Need Counseling