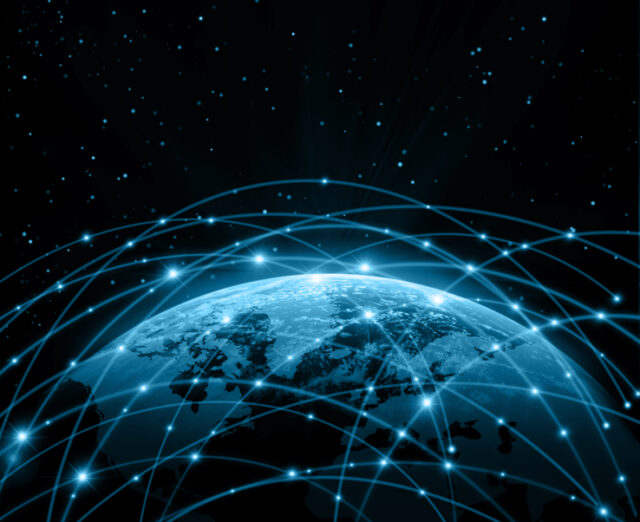 Technology is what separates humans from primates; since the first time our ancestors realized that they could make tools by banging two rocks together, our fate was sealed. And wouldn’t you know it, sometime twelve thousand years later we managed to set foot on the moon, and now the human race is working on establishing the first permanent, man-made colony on a different planet.

But technology has done much more for us than that; it brought an end to famine in most parts of the world, we’re curing diseases which were once considered incurable and of course, technology has completely transformed the way we do business with each other. Let’s focus on that last bit for a second, and talk about how exactly technology has impacted the evolution of business in just the last couple of decades.

Mobile phones are not actually a new concept, while it was pretty groundbreaking for its time, the sole act of being able to answer calls while you’re on the go became a standard way back in the nineties. However, it’s when phones started getting equipped with cameras and the ability to install third-party apps (the so-called “smartphone”) that things really picked up when it comes to entrepreneurship. These days you can share documents, send invoices, answer emails and much more from a device that you can fit into your pocket. This has enabled many people around the world to not be tied down to an office space anymore, and many of them even travel the world while they’re working.

A mere two decades ago, if you wanted to keep in touch with someone on the other side of the world you’d have to spend a fortune on long-distance calls, or write letters/emails. These days, we’re connected in a multitude of ways; social platforms, chat applications that integrate with each other, video calls apps such as FaceTime etc. Being able to reach anyone at any given time has both its pros and cons, but it can’t be denied that it’s completely changed the way we look at communication, in business as well as in leisure.

One of the biggest gifts that technology has given us is the ability to automate a repetitive process, and with the evolution of AI we can begin to automate more and more of them. You’d be surprised if you know how much of the luxuries of our everyday lives can exist thanks to automation, but it’s pretty safe to say that modern civilization would not exist without it. When it comes to business, there are many opportunities for automation, in areas such as time tracking and expense management, employee recruiting and even customer service. Simply put, the more stuff you can automate in your business, the more efficient your business will become, saving you time and money, and more importantly, making you more money. A good example.

One of the worst feelings in the world is when you work so hard on a project, a presentation or something of the sort, only to realize that you forgot your flash drive, or a few years ago, the CD you burned it to and now you have to go back and get it, which of course will make you late for work. Storing data in the Cloud completely eliminates this possibility, as you can access your Cloud account from any device on the planet and get the documents that you need. Additionally, Cloud-based computing is making automatic backups a breeze, so you no longer have to worry about hard drives failing and you losing all your precious data.

Finally, one of the ways in which technology has completely changed business is the introduction of social media. Companies used to spend millions of dollars on advertising in the form of pamphlets, billboard space, TV commercials and so on. Unfortunately, this requires the kind of investment that many small businesses just can’t afford. With social media, all that has changed; anyone can make a Facebook account and start advertising their business online, and with enough effort, small entrepreneurship can break through and get their name known as long as they’re doing it right. Keeping up with the evolution of social media is essential if you want your business to succeed these days, as it is the main place where advertising happens.

Technology is something that we as humans will continue to lean on, and it will continue to improve every segment of our lives as it evolves further. Business is no exception, and it is very important to keep up with the current trends in technology if you wish to stay on your feet in the ever-competitive world of entrepreneurship.

The below infographic from Digitalrealty charts out a few examples how technology has transformed business process over the years.