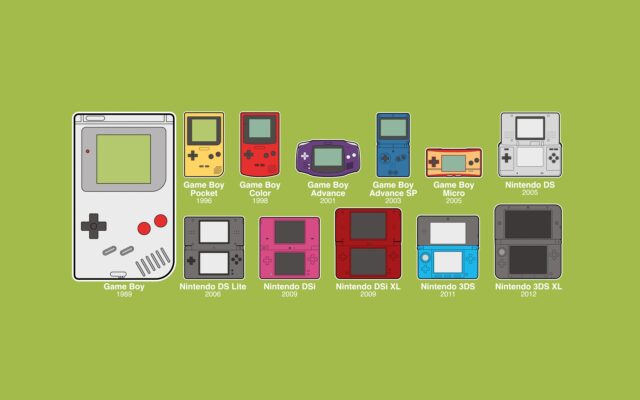 Video game consoles have come a long way from back in the day. The consoles that were most popular about ten years ago are now obsolete and have newer models that are to die for. Video games are no longer considered as small kids’ games only. Now there are adults who live their lives as professional competitive gamers and it helps to pay their bills and support their lifestyles. Why then wouldn’t you also want to have the freedom to indulge in a game once in a while? Even better, you can take a trip down memory lane with the game consoles and video games that were there decades ago. The evolution has come a long way.

So, which were some of the most popular consoles of all time?

This game was commonly referred to as the NES. It was popular back in 1983 and popularized games such as Super Mario Bros and The Legend of Zelda. At this point in time, people still thought that the video game trend was only a fad and that it was going to pass on. The console sold 40.4 million copies! That is an impressive number. In addition to that 73 games were produced.

This horizontal style game had buttons on either side and was a favorite. It sold 81.5 million copies but came much later in 2001. One of the selling points was that it was compact and able to carry around.  The Neo Geo Pocket Color and N-Gage were some of its competitors at the time.

Known as the Sony PlayStation Portable, this game sold a whopping 82 million copies after its release in 2004. This was the first portable console from Sony and it sold more copies than the Game Boy Advance. However, its main aim was to rival the Nintendo DS but it did not even come close.

One of the best things about this console was that the buyer had three options to choose from. Each had different thickness. The other great feature was that it was the first console to use Blu-ray discs. In addition to that, the fact that the console used wireless controllers was a plus. It is not a wonder then that so many copies were sold and produced. An impressive 1,432 games were produced as well.

No gamer who is worth their salt can say that they do not remember the Xbox 360 and its prominence in the gaming world. It was released in 2005 and was produced as a successor to the Xbox which also took the gaming world by storm. With 24 million copies sold and 1,182 games produced, this game rivaled the PlayStation 3.

Sega was not left behind in the frenzy of game consoles. The game was released in 1994 and sold 2.5 million copies with 597 games being produced. It performed much better than the Sega CD and Genesis that sold 1.5 million copies each.

New Consoles in the Making

From the games and the number of copies that were sold for each, it is rather obvious that game consoles are not just a fad. While developers are trying to come up with the best and newest consoles and games, you can take a trip down memory lane to see just how gaming has come. Sometimes you could end up waiting for the next big thing only to forget how game consoles from the past now look amateur. Kids nowadays cannot appreciate the changes that have taken place in consoles and games over the years because they never used these older consoles.

With the new and improving technology, gaming is bound to skyrocket and give out of this world experiences. One of the most impressive developments so far is the use of virtual reality headsets. These have made gaming as real as possible. You can now be in the moment. With the upcoming Axon VR gaming suit about to enter the market, VR headsets are going to look like old tech in no time. This suit uses haptic responses to give you the most realistic feel of the game. Not only can you see the game as though it is in real life, you can also feel different things such as differences in temperature and the texture of different things in the game.

Please include attribution to The Monitor Monitor with this graphic.