With over a billion active users Facebook is one of the most popular things on the planet. Most of us use it every day. Sure, the glory days of Facebook as a social media platform where everyone spent all of their free time are certainly over, but, who’s to say you can’t still have fun? Facebook is pretty straight forward. Unlike Twitter or some other platforms, Facebook’s guidelines are far more strict, you have to submit your full name, there’s zero tolerance for nudity and so on. Most of the teenagers consider the greatest social network old news.

It’s a place where middle-aged people come to share photos of their kids and comment on each other’s posts and so on. However, it doesn’t have to be that way. Facebook still has a lot to offer but we might not know about it. Today, we’re going to dig a little deeper and explore some of Facebook’s hidden features, some tips and tricks and some hacks you can use to make your experience better.

1. Arrrr you alright, matey? Your ship is upside down!

There’s a chance you might not know this, because let’s face it, when you had to choose your language your either selected your native tongue or you just stuck with English, but, there are a few hidden gems in the language section. Believe it or not, you can set your language to Pirate English or Upside down English.

Upside down English is pretty much self-explanatory. You enter settings and under language, you choose English (Upside Down). When you save, you’ll see all of the text is upside down. Granted, we don’t see that anyone would want to use this full-time. However, if you stumble upon a Facebook account it’s a better prank to make everything upside down than to post a random status update.

As far as the Pirate English goes, it’s set the same way. Settings/Language and then from the drop-down menu select the English Pirate option. You’ll notice changes right away. It’s a fun trick to know and try out.

I’m not sure about you, but I feel that the ability to mute anything would be an awesome superpower, wouldn’t you agree? Just imagine how many boring conversations you wouldn’t have to endure. Well, until we wait on that ability to present itself in real life, we can practice getting good at it with Facebook. Most of us have family members or friends who we can’t unfriend on Facebook but are really tired of.

Luckily for us, there’s something called Mute. To be fair, it’s not really called that, but that’s the gist of it. If you don’t want or can’t unfriend someone, but don’t want to see their posts, you can click on the dots in the upper right corner of the post and select either Hide Post, Snooze or Hide All. So, whichever of these you seem fit, try it out.

Unless you’re willing to rewrite the code and hack into the system, hiding the ‘Seen’ timestamp has been pretty hard. Hacking Facebook is pretty hard itself, but, if you’re interested in something like that, check out echospy.com and learn more about it. Back to the question at hand – getting rid of the light grey eyesore. Let’s be honest, sometimes we just don’t want to answer or just need some time to think before answering. Well, there’s something that can help you out. A Google Chrome extension, suitably named, Unseen for Facebook is all you need to live your life seen-lessly. Just install the extension and make sure it’s turned on. It should appear in the upper right corner of your browser’s toolbar.

4. Go back to the old News Feed

If there’s anything that’s Facebook known for – it’s the constant updates. We’ve seen some great and some horrible updates thought the time. Some of them stuck around, some of them were quickly dismissed. However, one of the major ones was the realignment of the beloved News Feed. The algorithm changed in a way so it would present you with the content you might be most interested in or the content it got the most engagement.

Even though the premise seems great, it has caused a major problem. People often miss the newest updates from their friends or they just see them a couple of days later because they get lost in the News Feed. However, the good news is, you can easily revert to the familiar concept of the feed. All you need to do is click on the three dots next to the News Feed in the top left corner of your page and select Most Recent. This will sort the posts in the chronological order – the way they should be.

5. Save posts for later

Don’t you just hate when you scroll aimlessly for hours and then just when you’ve reached a post you’re interested in – you have to do something else? I know I am. Luckily, you don’t have to keep scrolling once again to reach that post or try and remember where you saw it so you can look for it manually. All you need to do is save the post. It’s really easy and simple. All you need to do is press the same three dots you’ve pressed moments ago when you’ve decided to mute that annoying friend and click on Save link. The post will be saved in the Explore section of the sidebar, under Saved. Just click on it and access the post you want.

A lot of people go hectic when they discover this option, so after a while, it can also be pretty hard to navigate through saved posts. Once again, there’s a great feature that can help you out with it. When you access saved items, you can organize them into categories or Collections. Whether you want to sort them by topic or type of content, it’s up to you. Either way, it’ll be curated by you and your needs and wishes.

At the end of the day, Facebook is still very relevant and it can be a great way to keep informed, busy or entertained, you just have to tinker around a bit to get it just right. Hopefully, these tips were more than enough to get you started. 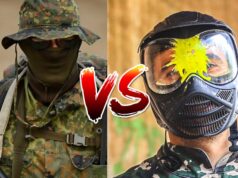 8 Reasons Why Airsoft Is Better Than Paintball 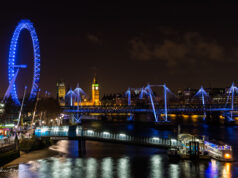 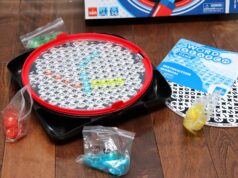 5 Useful Word Search Hacks And Tricks To Try In 2023