Are you a PC gamer? Then trust us on this: there is no other component nearly as important as the graphics card. Yes, your monitor and even your mouse matter. But nothing has more impact on both frame rates and fun than your graphics card.

The simple solution is to buy the very best. But that also means the most expensive. For most of us, then, it’s all about bang-for-buck at a given budget. Just remember to think carefully about how you match your graphics card with the rest of your PC. If you have a super-high resolution monitor, for instance, you’re going to need a high-end graphics card to make the most of it.

But, equally, there’s little point unloading on the finest GPU money can buy if its being bottlenecked by an old CPU or feeding a feeble screen. With all that in mind, here’s our guide to not only the fastest, but also the best value PC graphics you can buy. 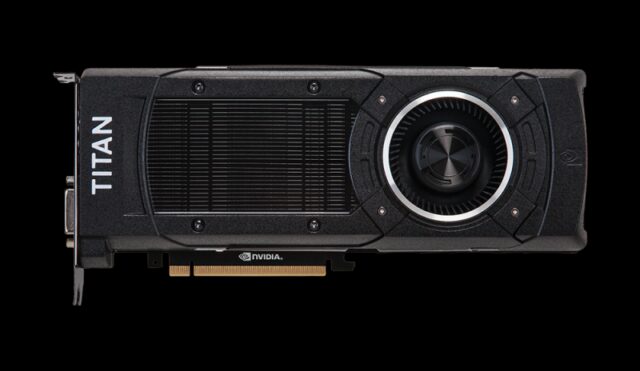 The GeForce Titan X is a processing powerhorse. The GM200 chip carries six graphics processing clusters, 24 streaming multiprocessors with 3072 CUDA cores. Titan features a core configuration that consists of 3072 SPUs which take care of pixel/vertex/geometry shading duties, while texture filtering is performed by 192 texture units. With a base clock frequency of 1000MHz, texture filtering rate is 192 Gigatexels/sec, which is over 33% higher than the GTX 980. The Titan X also ships with 3MB of L2 cache and 96 ROPs.

And with its massive 12GB of GDDR5 memory, gamers can play the latest DX12 games on the Titan X at 4K resolutions without worrying about running short on graphics memory. 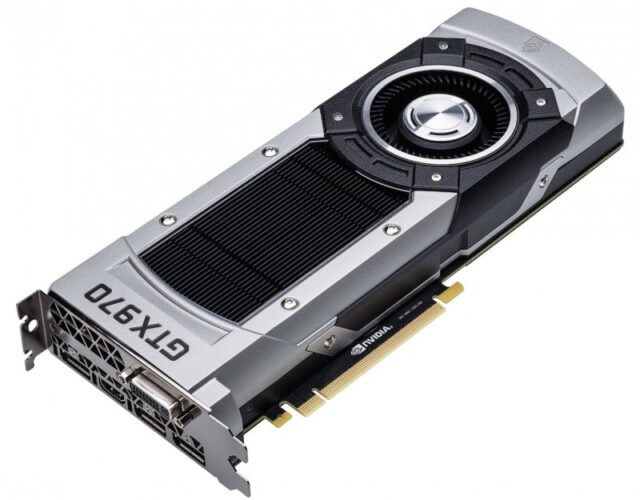 GeForce GTX 970 4GB is a high-end Graphics Card based on the second revision of the Maxwell architecture. Its relatively low release price and mind-blowing performance made it an extremely competitive product.

The Second variant of the Maxwell Architecture, despite being also manufactured with a 28nm technology, has an extremely large L2 Cache and features a Third Generation Delta Color Compression which allows NVIDIA to produce Graphics Cards with relatively small memory data transfer rates, without causing too much impact on the overall performance. Furthermore, the Shaders have been redesigned and are both more powerful and energy efficient.

The Cooling Solution consists of a Single-Fan and is identical to the one seen on GeForce GTX 770. The Card is known to run cool and has a maximum operating temperature of 95ºC. 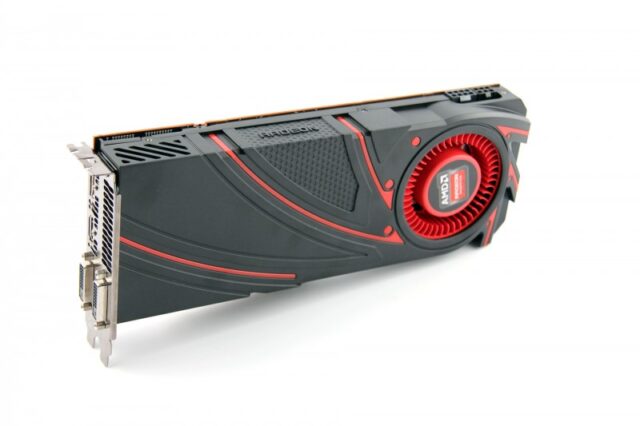 The Hawaii chip is based on a slightly revised version of the GCN architecture. Among other things, the front-end has been doubled and optimized, size and speed of the L2 cache increased and the memory interface widened. Furthermore, the R9 290X offers more shaders (2816), TMUs (176) and ROPs (64) than the previous top model Radeon HD 7970. In addition to the higher performance, the 290X supports new features like DirectX 11.2

Depending on game and settings, the performance of the Radeon R9 290X is similar to the Nvidia GeForce GTX Titan. Therefore, even the fastest mobile GPUs like the GeForce GTX 780M are outperformed by about 50 percent. Demanding games like Metro: Last Light can be played fluently in 2560 x 1600 pixels and maximum settings. In some cases, even the UltraHD resolution of 3840 x 2160 (4K) is possible.

The R9 290X supports well-known features like Eyefinity, but also some innovations such as True Audio and a new turbo mode. Depending on power consumption and temperature, the core can be boosted up to 1000 MHz. However, there is no offical base clock respectively a lower limit.

Thanks to dynamic clock adjustments and the Zero Core technology, the R9 290X is very energy efficient while idle. Under load, the card is rated at a typical power consumption of 250 watts. 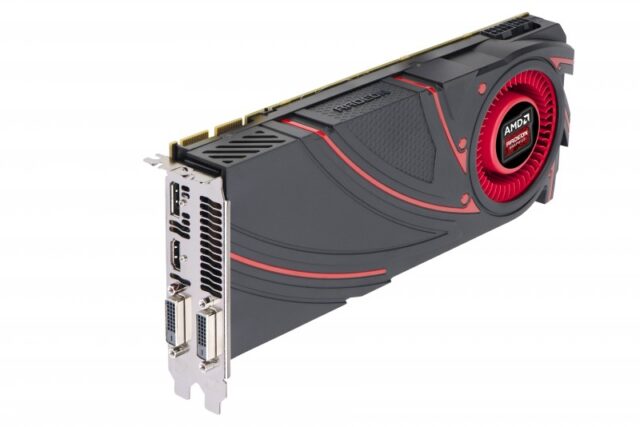 The AMD Radeon R9 280X is a fast single-GPU graphics card for desktop PCs, that has been presented in October 2013. It is based on the “Tahiti” GPU and manufactured in 28 nanometers. The card offers 2048 shader units and a 384-bit memory interface (3GB GDDR5, 288 GB/s).

Depending on game and settings, the performance of the Radeon R9 280X is similar to the Nvidia GeForce GTX 770. Therefore, even the fastest mobile GPUs like the GeForce GTX 780M are outperformed by more than 30 percent. Demanding games like Metro: Last Light can be played fluently in 2560 x 1600 pixels and maximum settings. In some cases, even higher resolutions or additional AA/AF are possible.

The R9 280X supports well-known features like Eyefinity, but also some innovations such as a new turbo mode. Depending on power consumption and temperature, the core can be boosted up to 1050 MHz. However, there is no offical base clock respectively a lower limit.

Thanks to dynamic clock adjustments and the Zero Core technology, the R9 280X is very energy efficient while idle. Under load, the card is rated at a typical power consumption of 250 watts. 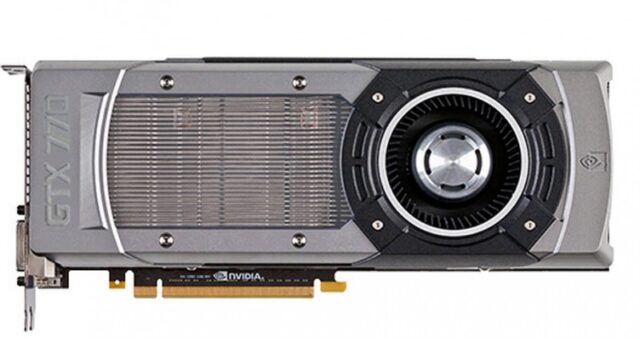 Behind the name of the GeForce GTX 770 new cards hides the same GK104 chip as well as last year’s top uniprocessor offers from Nvidia – the GeForce GTX 680, and the difference is in the higher clock speeds and support for GPU Boost 2.0 with some improvements in VRM segment for stable operation at higher speeds.

GeForce GTX 770 has an extremely powerful Kepler GPU with 1,536 cores and 4GB or 2GB of fast GDDR5 7 Gbps – the fastest memory that can be found on a single graphics card.

So, the GTX 770 looks great, has excellent performance and still costs less than its competition. What’s more, it overclocks pretty nicely too.