Home Daily Infographics The Young Guns Of Technology: CEOs Under 30 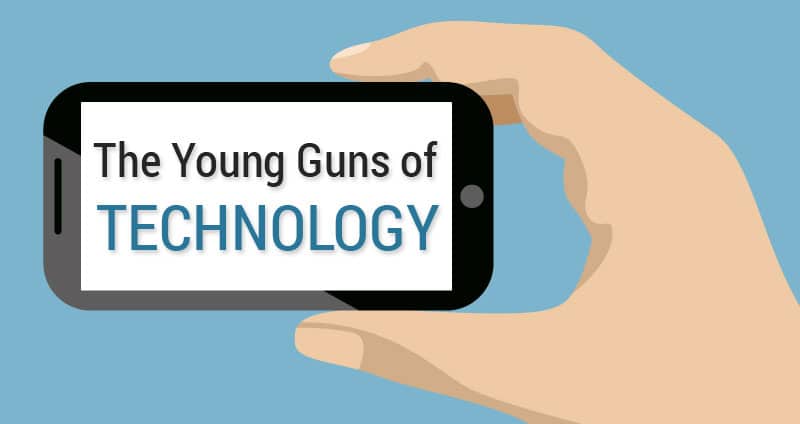 It is true that you can be an entrepreneur at any given age. You’ve probably heard of web pages like Imgur, Mashable, Quora or Snapchat. But I think you’re not aware of the fact that all founders of that site are not older than 30 years. These young entrepreneurs created some of the biggest tech trends till date. This shows us that anything is possible. If you’re young you can succeed, and if you are a bit older, don’t worry as there’s still much time left to do something. This should not come as a surprise at all, since we are in a technological era, even kids today at their tender age are aware of all the latest tech devices. If you’re planning to start business, here are some of examples so you can see that age is no barrier.

The Snapchat is one of most popular social platform. It’s a mobile app that is used by billions of people around the world. Each day, there are over 400 million photos sent, and 2 years ago, the company managed to raise 50 million dollars in pure profit. There are 2 founders of Snapchat and both are under 30 years old, Bobby Murphy has 25 and Evan Spiegel is even younger, 23 years old.

Almost anyone who’s online knows about Facebook, and even people who don’t have profile there. But did you know that one of the first employees of Facebook was Adam D’ Angelo? He is one of the most gifted engineers for social media while being 29 years old. In 2008, he left Facebook and founded Quore. It is a page where users can answer various questions to improve the base of overall web knowledge.

Do you ever write countless things you have to do on a piece of paper? Well, I used to do that too, but since I discovered Wunderlist app I’m not longer using paper and pen. This is a really great app that works both for the mobile platform and windows. The guy who is responsible for this great app is Christian Reber. He is 27 years old. Wunderlist is now used by more than 6 million users around the world, with $19 million dollars already invested in the project.

Billions of people online upload pics every day, and one of the most used uploader is called Imgur. Imgur was built by a student at Ohio University back in 2009. His name is Alan Schaaf and was at the time 27 years old. Imgur is a big hit today, attracting almost 200 million unique visits and over 6 billion page views each month!

We can learn from experts who achieved amazing things as entrepreneurs such as Mark Zuckerberg, Bill Gates, Steve Jobs or Jack Dorsey. I don’t think I have to tell you about their success, but it’s good to take some of their advice. Whatever your vision is, believe in it and chase it. Don’t chase the money as this is something that will follow along if you turn your vision into reality. Also, your greatest source of learning should be customers that are not happy.

You need to take risks, it is the only way of profiting and achieving something. If you are a real entrepreneur, you have an urge for creation. Focus on making every detail perfect. Don’t worry about failing a few times, because you only have to do it right once to succeed.