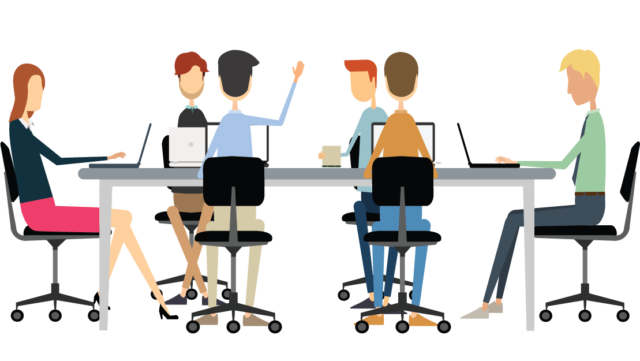 Do you remember when was the last time that you got out from the meeting and felt that some good work was done? Most of the meetings in business world are actually not quite like that at all. In not so distant past, meetings were a sign of company’s success and productivity. Now, they are perceived as total waste of time and businesses are trying to avoid them anytime is possible. So what actually happened? There are 2 big reasons why meetings are not like they used to be before. Having meeting costs both time and money, and those are valuable sources that companies are carefully looking where to allocate and spend. In U.S. there are over 30 million meetings each day, so it makes perfect sense that time wasted on meetings could be put to something better and more productive. Factors that could make meeting boring and unsuccessful could be lack of preparation, lack of organization and doing the multi tasking, checking messages, emails and having many distractions during one meeting.

The real problem with the meetings is that usually the person who is in charge of doing the meeting is asking every person to say something about their last day activity. The typical questions are, what did they accomplished, with what new ideas are they coming up and with whom did they meet up. So imagine each person in the meeting is describing that information in the period about 10 minutes. If we have group of 6 people it will require 1 hour for just that. I think this is not the best usage of everyone’s time in the company. Businesses are spending too much of a valuable time just to share information. This also means that they are not spending enough time focusing on the producing results and future. Sadly, most of meetings serve just to provide list of everyone’s detailed activity and that is not the key to success. Many times information that is shared on the meetings is already known to everybody. This can happen because in that group there could be one individual that has brilliant idea but he or she won’t speak up.

Time is not the only thing that is getting wasted with the meetings. The truth is that meetings that are unproductive are costing companies almost $40 billion dollars annually. Just think about that. 90% of people are actually daydreaming during the meetings not actually thinking about business, and almost 40% of worker’s time is spent there. If you have unproductive meetings it could leave to disengagement of employees and also work productivity. Businesses are in a need of meetings, but it’s important to make them productive. Luckily there are some cures that should make your meetings better and easier. You should create a plan in advance and give clear direction to the people so they can prepare for the meeting too. Try to make note of the details you want to talk about with others, flag the most important so you and your team can have a brainstorming session. This will create better flow in the meeting.

Don’t hold the meeting for longer than it’s supposed to be. If it’s intended to be 1 hour, don’t go beyond . If you end all conversations earlier, end the meeting, as your team will be thankful for extra time. When you prepare it, invite only people who are really required to be there. Think about it. When you invite someone to the meeting that actually doesn’t have a reason to be there you’re wasting not only money but their time that could be put into important work. If you try to cure some of these problems in meetings your workplace will be happier.