Home Daily Infographics The rise and fall of HTC 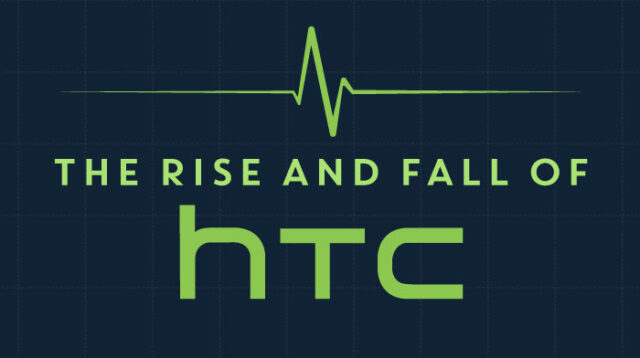 The HTC company is not the best financially these days so that the leadership decided to dismiss 15 percent of its workforce due to poor sales of smartphones. Last HTC’s financial statements in recent days, issued a hard debate on a global ICT and business scene, and some media further heated up the atmosphere estimates that the company due to falling share prices can not survive.

The value of shares of HTC Corp. this year fell 60 percent, investors have sent a message that the brand, the company and the building of the manufacturers of smartphones is worthless. The market value of HTC in the beginning of August fell to 47 billion New Taiwan dollars (NT) – $ 1.5 billion less than the 47.2 billion NT in cash as the company had at the end of June. The fall in the value of shares of up to 9.8 percent indicates that investors do not evaluate the rest of the company, according to Bloomberg.

The market value of the HTC amounted to over 900 billion NT in 2011, and the decline in value indicates a product and marketing strategy that did not know to deal with a sharp competition from Samsung Electronics Co. and Huawei Technologies Co. Once the best-selling brand in the US, HTC One, Butterfly and Desire smartphones have not performed well and HTC has been dropped from the list of 10 best-selling in the world, which now is dominated by Chinese brands.

The company is forecasting sales in the third quarter, which is 48 percent lower than analysts’ expectations, and in the last period, revenues were 35 percent lower than expected. These results suggest that HTC will soon regain market share. Loss per share was higher than forecast, so analysts slashed its estimate of the value of the shares by 17 percent to 55.54 NT dollars.

Analysts do not expect that the company will be profitable before the end of 2017 and none in a Bloomberg survey does not advise buying their shares. HTC’s future plans include entering the sector of virtual reality with their headset HTC Viva. Below you can check the infographic about the rise and fall of HTC brand: