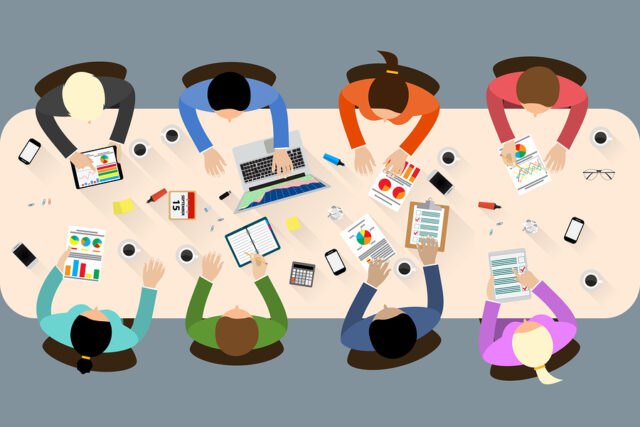 The design of office changed so much over the years. Office design can increase or decrease satisfaction of worker and productivity depending on how the office looks. Over last 30 years offices accommodated social and technological advances. The classic cubic style will probably soon go to total extinction. What workers are now expecting to see is much space for collaboration, conversation, better overall lightning, like ergonomic stations for work. It’s not enough to have an office that is perceived as just being functional. This will not attract and engage workers for their tasks. Today, offices that are eco-friendly , functional and, are no longer seen as exclusive. Companies around the world are inspired by new technology creating the transparency culture and thus transforming the functionality of their offices.

We could say that, people in offices 20 years ago had the same tasks but were operating with different tools. The primary goal now is creating office where workers will feel empowered and motivated to do their best. Office 30 years ago did not have smartphones or any kind of modern phones but just classic desk phone which you can see in many 90’s movies. There were no thin monitors or modern computers with Linux or Windows 10. They were basic computers that had floppy drive for disks without access to the internet so people could not even send e-mails. Instead of e-mails there were classical fax machines only. So how was stuff done before?

Internal emails were sent by drafting memo on PC, printing and faxing. There were even no classic SMS messages. Just calls or voice mails left as a message. People had paper diary with all future meetings and phone numbers of contacts written with pen. Something that is still used today is document scanning. That was analogue scanning done with photocopiers. Presentations like we know today, didn’t exist at all. You needed to print slide and put in on transparent plastic and then use your projector for slide displaying.

I think it’s perfectly clear how much people moved ahead when it comes to evolution of offices. It’s pretty obvious how speed of doing tasks had increased but honestly there are some downsides too. I love phone calls and not just emails. Emails can sit in someones inbox for days but phone call is much quicker and it helps to build relationships more faster. I think the future will bring us even more changes and people will adapt, with different tools, doing it even better than now.