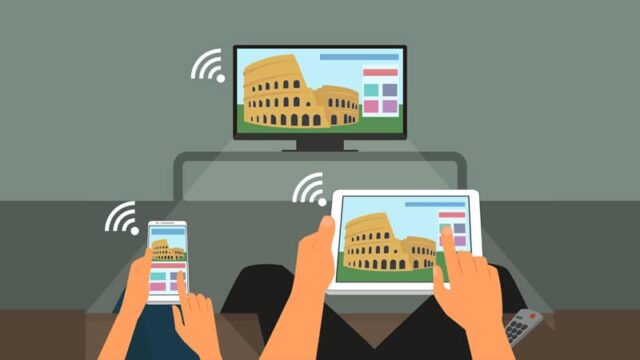 Basically, there are 2 different ways of people moving through the screens in order to complete some stuff. It can be either sequentially or simultaneously. All of this interaction is happening between jumping through a few screens. A person can visit a page with their smartphone, put product in the cart and then complete the order through his computer. But, this is not surprising at all. We are practically a nation of multiscreen people. Most people are spending even their free time in front of the screens. The device we choose for something often depends on what we’re trying to accomplish, how much time do wee need and where we are at that moment. TV is not primary screen anymore in living room as it’s used simultaneously with other device screens.

Today we have portable screens that allow us to move with ease from one to another device to complete tasks. Most of the time people are using their devices at the same moment. Their attention is being split between 2 or more activities on every device. A device that has the biggest number of interactions between users each day and probably the backbone of daily social network interactions is smartphone. When people are using multiple screens at once, it makes them feel much more efficient, at the same time getting the sense of accomplishing something. It is estimated that on average, we spend around 4.4 hours in front of the screen each day. Only 10% of media interactions is not based on the screen (magazines, newspapers and radio). There are 4 primary media devices where our time is spent online.

The use of a multiscreens is in constant rise across the entire world. Biggest rise is happening in Indonesia, Phillipines and China too. Smartphones are mostly used for checking emails, or social media, texting family, friends and sharing opinions via social networks. The laptop is a device where work is getting done. Tablets on the other hand, are primarily used as second source for entertainment or for additional video content that is related to program on TV.

I think that all of these devices can help us and keep us informed, but it’s good to know where are limits to it. Are you jumping from screen to screen? What is your primary device?