Home Daily Infographics The Most Famous Tech Battles Of All Time 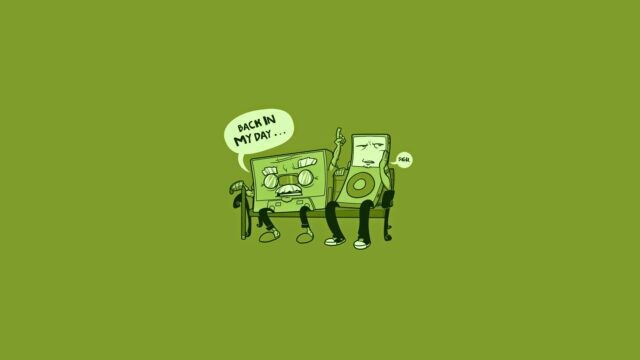 Over the time, technology evolved, and with that, so many gadgets and devices were born and evolved while many of older ones faded away. There were many great tech battles, from video cassettes to DVD, from Betamax to VHS, Playstation 3 to Xbox 360 and so on. The battle never stops. Even now while you reading this, there are tons of different smartphones fighting for their place in the spotlight. So to understand future battles more easier here are some of the most famous of all time.

First iconic battle is between laserdiscs and DVDs. The format of laserdisc made a debut back in 1978. When it came out it was available as storage medium in a form of optical disc. What separated DVDs from laserdiscs is that DVD has higher quality of picture resolution, bigger capacity and lower price. With the release of Doly Digital sound technology laserdiscs started to get more popular but eventually the format of DVD dominated.

When it comes to consoles, there were always battles between Playstation and Xbox. But I want to concentrate on war between Playstation 3 and Xbox 360. Ever since both consoles arrived on the market players didn’t stop to argue which one is better. With each new game it was harder to decide which console is better, and the battle still continues even today. With the newest generation of consoles PS4 and Xbox One, I think that the time will come where there will be no more physical consoles but only games on the cloud.

There were battles between MP3 players too. In 2006, Microsoft created Zune player, but Apple was producing their iPod player with big capacity since 2001. In contrast to iPod, Zune was perceived as an ugly duck. The last release of Zune was actually a challenging to iPod. Back then, Zune was dominant in fields that Apple thought are not interesting. Even though Zune had many features it failed because people were complaining about dull performance so it affected both functionality and its sales. 5 years ago Microsoft said that they won’t produce Zune anymore and that they are focusing on smartphones. Seems that Apple won that battle.

When Nintendo company launched its first 8-bit system, the console took over the market. By the late 80s more than 20 million people owned System from Nintendo as they were dominating the industry of video games. Few years later, new era of 16-bit systems has started. Sega came up with their genesis system and soon enough they started to compete with Super Nintendo. Nintendo started to experience decrease of the sales because people were not really interested in 8-t bit gaming. Years were passed and finally Nintendo decided to release their own 16-bit console called Super Nintendo. Even though at that time Sega proved themselves on the market, Super Nintendo eventually took over and Sega Genesis faded away.

There was a battle of Betamax and VHS video tapes too. Betamax standard was introduced from Sony back in 1985 and just 2 years later JVC presented their VHS format. For almost 20 years those 2 were dominating the field and eventually VHS came out as a winner. It’s still unclear how VHS won because Betamax was actually superior format by many factors. People are still debating to this day, but what is common belief is that VHS beat Betamax through their better marketing. VHS was also cheaper and allowed around 2 hours of time recording while Betamax had one hour of capacity.

These were for me some of most interesting battles in the past. I think it’s really interesting and entertaining to watch that as well as the future tech battles that will emerge.

How Corporate Video Production Can do Wonders for Your Business

The Reasons For The Success of The Internet

Top 8 Ways Having IT Support Can Help Your Business Grow...