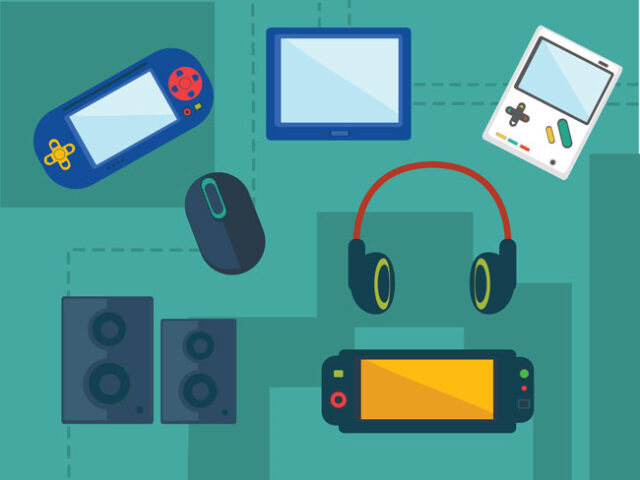 Gaming consoles have come a really long way since debuts of first games like Pong or famous Pac-Man. Evolution of consoles is very intriguing. There were so many modifications in the past that has helped shape the consoles we’re using today to play games. With current next generation consoles Xbox One and Playstation 4, people tend to forget how almost 50 years ago, video gaming existed only in some of laboratories around the world. It’s a big difference when you think how today consoles are big part of our daily lives. In the process of creating consoles, there were more then 70 of them from beginning. If you think gamers are only kids, that’s not true. According to some researches, average gamer is around 30 years old, and if you would believe almost 50% of gamers are women. When you think back in time 20 years ago, gaming was so different. Games like Super Mario and Sonic ruled the industry. 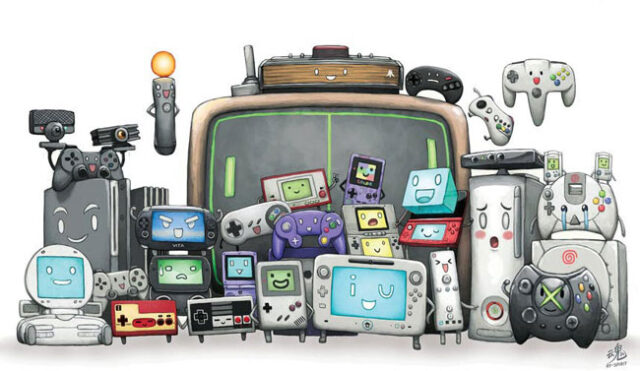 But lets go all the way up to first created game ever. It was in 1952, and title was Noughts and Crosses. It was a sort of tac-toe game that was usually played at the university on PC’s. 3 years later the U.S: military made a game that’s simulating war, it had blue and red players that represented fight between U.S. and Soviet Union. In 1958, William Higinbotham who was an American physicist created similar game to more famous Pong game, this game was called Tennis for Two. William was also in team of people who were developing first atomic bomb. The game was played with some kind of controller and dial that rotated so players could control angle of where racket was swinging. Many people say that this was the first interactive game. Several years later in 1962, first video game for computer was made by the name Spacewars. Sadly it could not be published widely because in that time hardware that was used to run the game was too expensive for mass production. Year 1964 was very important for the future of gaming because John Kemeny, Hungarian-American mathematician who was at some point assistant to great Albert Einstein, developed computer programming language ”BASIC” that enabled creating video games. 3 years later first working prototype of game console was created. It was brown box of wood with 2 controllers. Inside the console there were 6 games named tennis, handball, chasing games, ping-pong and light gun game. 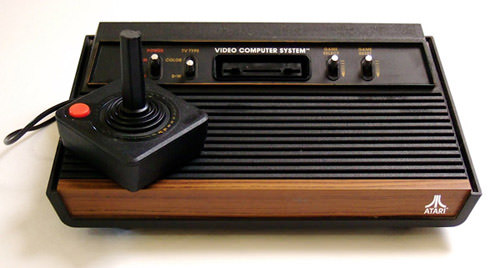 First game commercially sold over the world was called Computer Space which was created in 1971 from 2 people who would later create more famous Atari studio, they were Ted Dabney and Nolan Bushnell. After the first black box console appeared, this resulted in future releases of first gaming consoles for home. In 1972 it came in Magnavox Odyssey, still graphics were very primitive and low, but also silent without sound in games. That same year gaming world witnessed rising of Atari. They created and released first successful video game commercially available. It was called Pong and 3 years later Atari made home versions of the game. Year 1976 marked the time of first ever controversy in the field of video gaming. It was caused by game called Death Race, and if you played you had to kill zombies with running cars in them. National safety proclaimed the game gross, and only 1000 of them were ever sold. Few of those 1000 are now displayed in arcade museums. In 1977 Atari company released first home based gaming consoles named Atari 2600. It was groundbreaking and they set the standard of consoles at that time because it had cartridges, you could save your game, came with joystick and built in library of many games where you could change level difficulty.

I can never forget my first gaming experiences. It was on a system Sega Mega. It was a black console and had 2 plastic joysticks, I though at that time it was the best thing ever. I spent countless hours each day playing Super Mario or Duck Hunting. Who doesn’t remember shooting ducks with gun that came with console.

It brought many nostalgic memories while I’m writing this, lets continue with evolution of consoles. In 1978 game Space Invaders was created and immediately become sensation. First it was released in Japan and later in U.S. It made over $500 millions since it was created. The beginning of 80’s was marked with the coming of one of most famous games of all time. It was Pac-Man and was one of biggest hits at that time selling more then 100,000 pieces and generating around $1 billion dollars in first year and a half. It was also first game that had really cool animated main character. Year later another amazing game was created. It was Donkey Kong for Nintendo consoles from Shigeru Miyamoto. It was one of first games that had option of finishing multiple different levels. At that time we were introduced to the other character in game which was called Jumpan. From 1981 to 1985 was really golden age for gaming industry and consoles.

Biggest shift from that time was changing consoles with built in games with system who were based on cartridge games. It was also period when classic games like The Legend of Zelda, Mario Bros, Golden Axe and Final Fantasy franchise were born. In 1984 Tetris was born, it was created by Russian guy Alexey Pajitnov bad he had to give game rights to Soviet government. The reason why he had to do this is because at that time creators of games were not allowed to publish games independently in Soviet Russia. Later Japan bought rights to game from Russia and in 1988 it already sold around 35 million pieces. Nintendo and Sega companies both ruled video gaming industry in that era.

Next console which debuted market by that time was NES, it was 8-bit video console from Nintendo, and soon enough became best selling gaming console in that era with faster gameplay, and better sound with great graphics. I cant go into 90’s without mentioning Sonic the Hedgehod in 1989. This was Sega’s main character and brand of the console. In beginning of 1991 medium was starting to change which meant going from cartridge games to discs. This allowed studios to create 3D graphics instead of 2D because CD’s allowed more capacity for video gaming to be stored.

In year 1994 Sony Computer Entertainment finally entered the market with their amazing PlayStation console. Sega genesis system was still famous at that time and they produced Genesis 2 and 3 and after that totally new console called Saturn. It had to compete against rest of CD consoles. Nintendo company was still based on cartridge games for their Nintendo 64 system. For PlayStation 1, it was great time because all their games were based on 3-D graphics. Most selling ones were Resident Evil and Grand Turismo franchise. 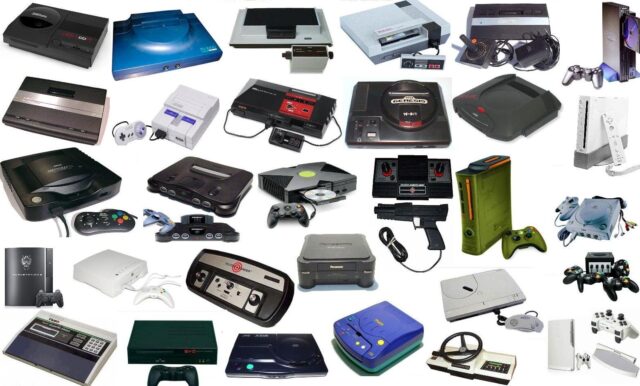 Sega was still trying till the end of 90’s but they didn’t had much success. PlayStation was practically owning the industry. This gave Sony much will to produce the next version of PlayStation. In 2000 PS 2 was published. It shocked the mayor public with amazing graphics, one of massive hits that marked PS2 console was Grand Theft Auto. Microsoft company fired back to competition with their Xbox console. It was presented by Bill Gates at CES presentation and featured technology of PC with hard drive of 8GB and option to play DVD’s. Console’s biggest and trademark game was Halo : Combat Evolved which became so popular almost instantly as it hit shelves in stores.

Last generation market of consoles only had room for 3 of the best. They were Playstation 3, Xbox 360 and Nintendo Wii. Consoles featured full 1080HD stunning graphics on both of PS3 and Xbox 360. Most of other companies were scraped out from industry, NEC, Sega,Atari and others. And finally we came to next gen consoles. In 2013 Microsoft presented their third consoles, Xbox one, the same year Sony released their PS4 system. They are both having almost life realistical graphics with great online support. PlayStation 4 is also best selling gaming console for 2014 and 2015.

The future of gaming will probably be virtual reality, Both Microsoft and Sony companies are producing their headsets, I think it will completely change interaction between gamer and game, and allow us to interact in games like never before. Who know’s what the future brings, maybe soon enough we won’t need physical consoles as all games will be uploaded on virtual cloud and you could access them online without buying physical disks to run them. I love gaming world and impatiently waiting to see what new thing gaming industry is gonna deliver.