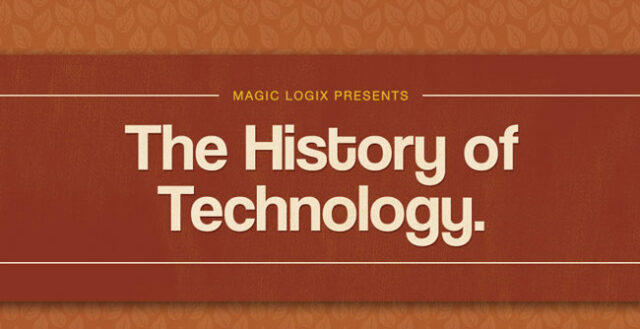 The history of technology is long and complex, similar to the history of humanity and has always had an impact on people’s lives. Once upon a time, ie, 330 years before Christ, Aristotle introduced the word technology and split scientific knowledge in three parts: theoretical science, practical science and productive science (technology).

From that time until today is still a debate about the technology. Is this a discovery of fire or the wheel or something else? However, regardless of a disagreement of individual minds about the definition of technologies, we might still all agree that it had always had a great influence on people. We found a interesting infographic that’s not goes deep into the history of technology but shows how long we’ve been influenced by certain technological segments from the beginning of the digital age. See and learn something new or just remind on the old times:

Do you think that technology will continue to rapidly progressing or that its peak was reached (that is mostly invented everything that can be invented)?