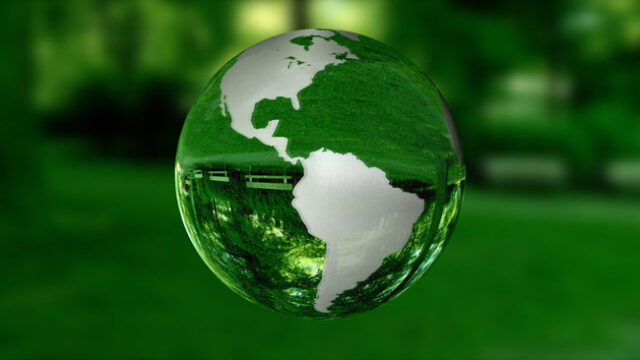 If you like to live green and clean you are probably into saving the environment. Living like this requires recycling and separating trash, planting the trees, using LED lightning in your house and lots of other methods. But except humans, technology can also help. People like to refer it as ” Green Technology” which basically means using devices and gadgets to save our environment and energy. Many of Green Tech applications are solar panels that are being installed on peoples roofs more frequently then before, use of electric cars, personal computers, smartphones, tablets that don’t require too much energy and many other things. This concept of technology saving our planet has been with us for some time now even though people think this is new phenomenon. Just to remind you, stuff like solar energy or windmills existed almost 100 years ago.

I don’t know if you’re familiar with this, but in a book by Alexis Madrigal which is called Powering the dream, he writes that technology that we are using today in the field of green technology is basically same we had in 1900’s. He says that even then it was already competition between cars powered with gasoline and electric car. While lot of this is not new, it seems that people only recently came to conclusion to took green technology very seriously. Green technology is trying to come up with innovations and plans that would in the end benefit environment with its functionality. Green technology can be divided in 2 main categories. First one is technology that is helping in making sustainable growth and second is about dealing with global warming. Alternative power, management of waste, purification of water, all are being parts of new green technology. Green technology is also a good business.

Did you knew that there is a recycled version of mobile phone?  It’s called Motorola Renew and it’s made of bottles that were recycled, and when you buy it you will get it in package that is also made from various recycled parts, that’s really cool. Another great product is Votalic Backack, it’s not ordinary because it features solar panels on top of it so you can charge your gadgets. Cloud computing also serves as a green technology eliminating the need for more hardwares.

Even the giant companies are entering with their big ideas. Microsoft is focusing on making each Windows OS with more features of energy management. Apple is trying to make their products more green by removing chemicals that are toxic. Like cadmium, chromium, mercury arsenic and many other from their products that are damaging. They started to recycle back in 2006 and it’s estimated that Apple managed to recycle about 13 million pounds from products.

IBM company is trying to have green offices, but they are also promoting green technology outside company walls. Google is in their 30 % of operations using renewable energy. Whats really cool of them is trying to give tips to bikers and direct them to locations where riding bike is most safer. Amazon is using green tech while shipping their packages. It’s different from traditional packaging and also transferred their headquarters in 11 buildings that are efficient with energy in Seattle. The list of companies that are joining is constantly growing.

Green technology is becoming one of most reliable in near future as in industry it will start to influence our development as human race and more and more people are coming to realize harmful effects of global warming and green house gases on environment.