Home Daily Infographics The Future Of Lighting Is LED 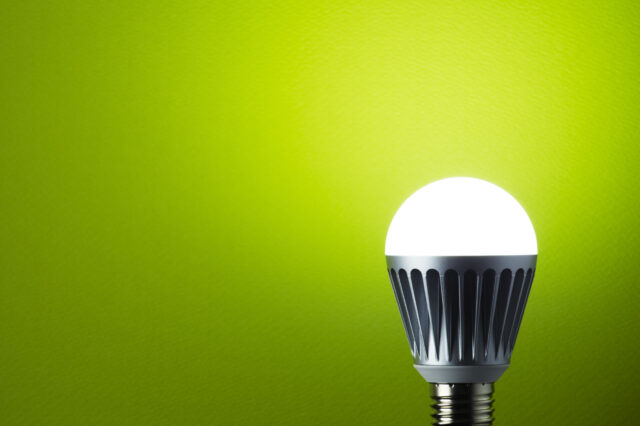 In the world of LED lighting, you can be sure that there are always some innovations and developments  on the horizon. There’s a great reason why LED technology had taken the world. People are starting to buy LED bulbs because lightning can be big part of entertainment or even better- it can work with other connected tech in your home or any type of space. What customers want is light adjustment. This means lights talking to each other. When you think of it, it’s actually happening everywhere. On the street, refrigerators, cameras, rooms. Physicians in hospital for instance want to be able to change color of lights in operating and examination rooms or lower the illumination. LED lights have much longer life span then classical bulbs. They can last up to 20 years of if you wish 100,000 hours of time. They are also energy efficient, by being durable, resistant to vibration and shock, cool to operate with and even recyclable.

Did you know that only in America, lightning counts 20% of all energy use? So LEDs are perceived as the solution to this problem. The current light system is really inefficient and bulbs are wasting around 95% of pure energy that goes through them in the form of heat. LEDs are already developed around the world holding great promise. I don’t know if you were aware that around 2 billion people don’t have access for light and benefits that having electricity can provide.  LED was by scientists first discovered 30 years ago if you would believe this. But back then it was believed LED technology could serve just for indicator lightning and nothing else. Later on when the search was continued it was shown that this technology could produce energy efficient and extremely bright light.

In last 6 years, LED technology grew so much when it comes to lifespan and brightness. Just 2 years ago, the use of LED was only about 18% but by the year 2022 it’s expected to grow up to 70%. Most popular areas in home for LED lightnings are kitchen, living room and especially stairs. What is interesting is that if you watch LED light outside, it is actually 20 times more brighter than classic solar light. If you are interested in this type of technology and want to have LEDs in your home I suggest you check out LED lights from Phillips company. They have a set of 3 bulbs which you can put anywhere in your house and change the color or intensity with your smartphone.

Scientists went so far that they are even perfecting LEDs for the future use in space gardens. Here on Earth, everything is practically driven and powered by photosynthesis and sunlight itself, but the real question still remains. How could we replicate something like this in outer space? If you are in need to generate light of your own with limited resources of energy, then LED lightning is your best solution. We are in period when subject about sending humans to Mars is getting more serious tone and I think we need to focus on perfecting the techniques that will help us to grow plants far from Earth.