Home Daily Infographics The Evolution Of The Batmobile 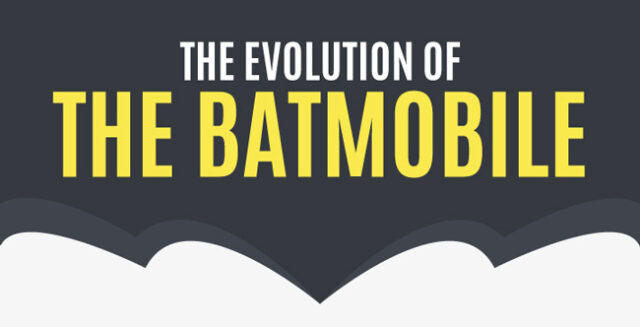 Batmobile could well be one of most iconic vehicles that ever appeared in movies. Even though you can recognize car for its unique style and model, there have been many variations through the years. If you watched first movies of Batman you can remember it looked somewhat like standard Cadillac and later on started to transform into something that looks like a tank that’s worth of billions in terms of being equipped with fire powers and gadgets. Every version of bat mobile was really unique with its own set of functions and weapons. First Batman made an appearance on screen 75 years ago. Batmobile is Batman’s most powerful and known weapon and its first appearance was all the way back to 1943, and its next is set to 2017 when Batman Vs. Superman will be released.

First movie of Batman was not a big funded project. So you can guess batmobile looked just as any other usual car. It also disabled opportunity to create more detailed version of bat wings. Batmobile was black 1939 Cadillac version that had convertible roof. 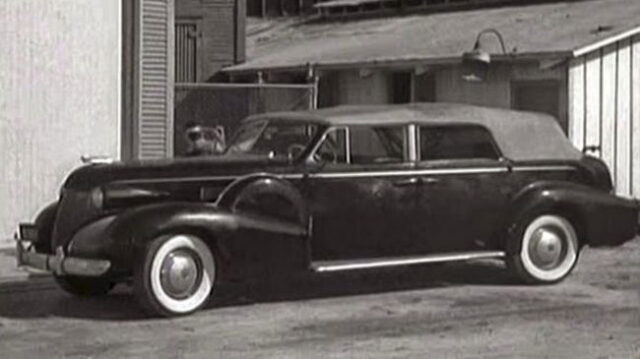 Next Batman movie was out in 1949. I think batmobile in that version looks even worse then Cadillac from first movie. It wasn’t even in a black color. Batman could be seen entering car and leaving it, not even protecting his license plates or parking him in some hidden place where no one could see him. This version was convertible maroon Mercury. It was powerful car at the time but had a lot of weight so driving it was problem. As a result of this, model that was used in filming this movie was usually crashed, and producers and production of the movie had to use 6 of these until the creation of movie was finally completed. 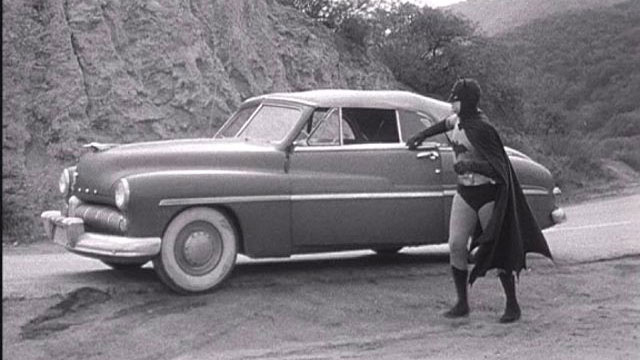 The first proper batmobile or should I say more recognizable model which looked very cool had appeared in 1966. It was built around Lincoln Futura prototype which was made back in 1955. This car was built from scratch with every part being customized. Long fins, afterburner and bubble canopies are just some of the parts that are iconic for this piece. It appeared in both movie and TV series showing wide option of batman gadgets with chain slicer, rockets and lasers, it also had monitor and cameras on rears that looked out of their time. This car was lot easier to navigate and drive then previous versions because it had good acceleration and mounted rear parachutes, and with the help of that batmobile could make a turn of 180 degree and follow villains who made unexpected turnovers. 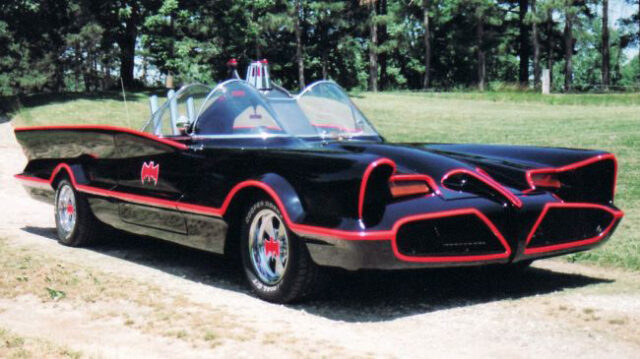 Next batmobile appeared in 1989, and it was immediately proclaimed as the most amazing batmobile that was ever seen in movies with Batman. The dark tone really fit into the streets of Gotham City. This was start of the new era of batmobiles with sleek and long design that looked powerful and intimidating. It was completely black from tail to tip. It was fully packed with deadly weapons containing powerful grenades and machine guns that were popping out in action, it also had a protective layer that was like an armor from outside attacks. Batman was able to make tight turns on street with grappling hook that could be ejected from car. The car was also self driving which means it could drive autonomously without Batman. 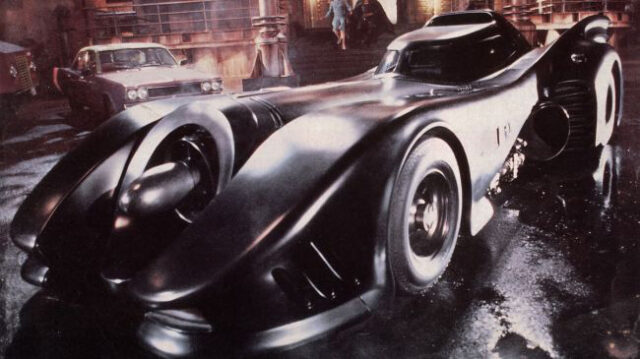 3 years later in 1992 when the most famous Bat returned, his batmobile followed the comeback in style. People were complaining seeing in movies that Batmobile can’t turn properly and this was big problem when catching the bad guys, so producers set to fix this with this model of Fiat 500. They used new technology. They did it by putting platform under the base of car which was rotating and allowed Batman to make almost unreal turns and escape from death. If you still don’t understand let me put it this way, if Batman was in a dead end street he could turn on rotating platform and Batmobile would make a little lift from the ground and turn the other way on his spot. This car also featured Batmissile which was a trick that would help Batman to be ejected from vehicle. 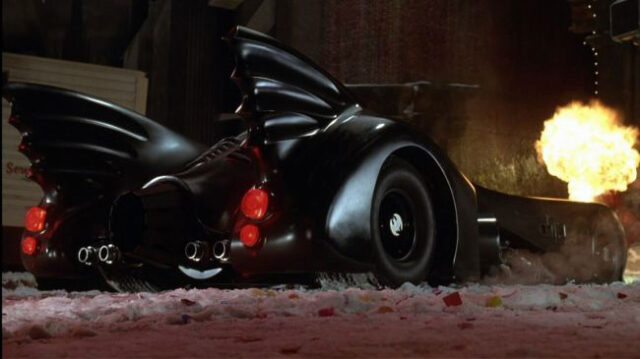 In 1995, new director of Batman was thinking that something was missing from Batman world. It was more about batmobile actually, and finally he came with conclusion it was neon, a key ingredient. Car was visually even more impressive then last one with design that was more organic. It featured now blue neon which was core of the batmobile, it was even more impressive because car has been built like a structure of black ribcage. Car’s newest technology was way of avoiding RPG missiles and fire. This was also first batmobile that could drive on side of buildings. 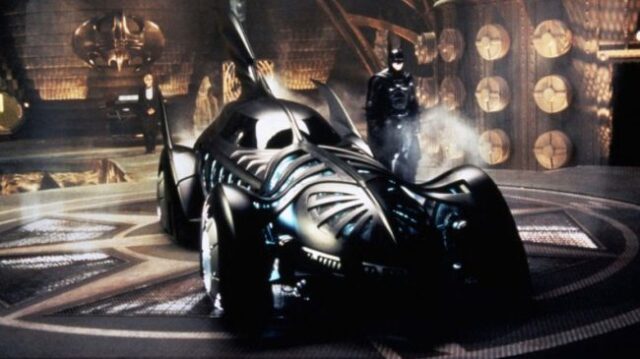 Next movie was Batman and Robin released in 1997. But probably, this was the worst movie in Batman franchise and batmobile design was not far from being on the same level too. The front part of the car looked like it’s some kind of hurricane made from Christmas lightning. It also had raging side panels that were fiery orange color. It made no sense that this car was equipped with one seat since the movie is called Batman and Robin. Robin was driving on his motorbike. This Batmobile reminds a lot on vintage racing cars and probably some of the inspiration was took out of Delahaye 165 or Jaguar D Type models. 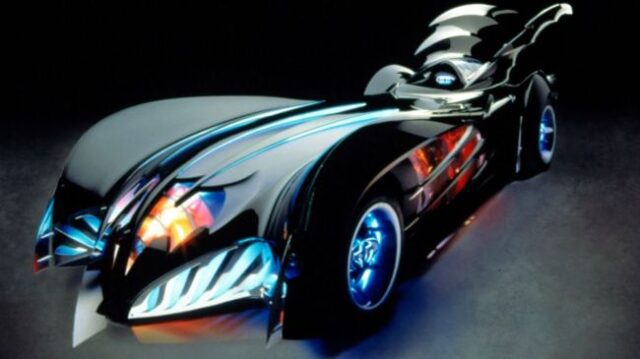 In 2005 Batman movie, it was time for something entirely different when it comes to batmobiles. It was actually a tank and not a car. You could immediately notice a missing bat details along with neon. This really took Batman vehicles on totally another level. Funny thing is, not a person in movie was ever referring to that vehicle as a batmobile but rather as Tumbler. It was designed as some kind of a military vehicle that was operating on a jet engine, weighting almost 3 tons. The highest speed it could achieve was 177km/h which is good when you think of its weight and big size. 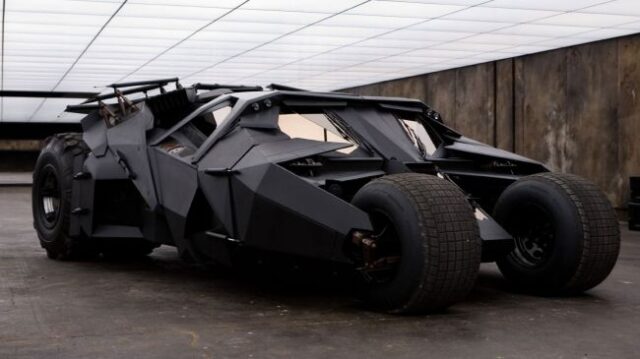 Tumbler haven’t been replaced from second part of the movie. By then, people that watched movie already knew of what it was capable. Even though Tumbler was very powerful vehicle, it had its shortcomings when bad guy Joker fired RPG crushing it through barricades and lots of brick walls. And just when people thought tumbler was defeated, there’s was scene where plates on the front of tumbler are opening and Batman is seen shooting up from it riding Batpod. It was more like a bike version of Tumbler which he continued using until the end of the movie. It had cannons, machine guns and grappling hooks so it was not an ordinary bike. 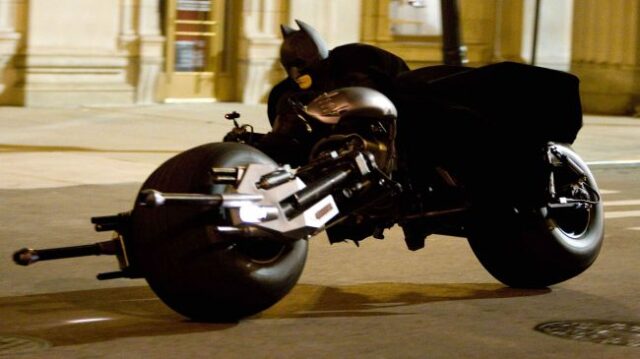 The final batmobile that we’re yet about to see looks like a fusion between 1989 edition and tumbler. This really looks like something that only vigilantes would love, I think it’s also not Batman’s best looking vehicle. But when you know you are fighting against Superman it’s pretty obvious why it looks like that. If you are curious to see this vehicle in action check out the latest trailer on YouTube for this movie. 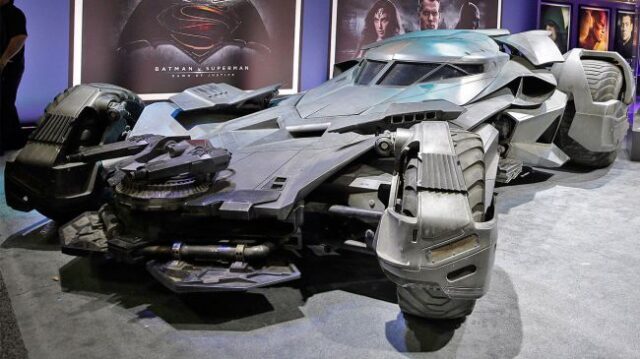