Home Daily Infographics The Evolution Of Technology In Schools 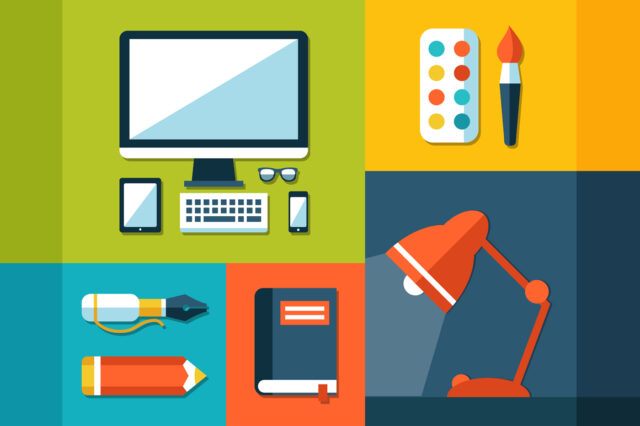 Technology was always linked with human education. Just think about how far people had come, from carving various figures on the rocks to now digital age where almost any student is equipped with few tech devices. Technology is always pushing and driving capabilities of education to next levels.

Internet is becoming big library of huge information and all this with just the clicks of a mouse. The question is, is it possible that one day teachers would be totally replaced with technology? No one knows for sure, because so far we can tell that technology blows our minds every day and we are doing what was once thought of as impossible things. Just look at artificial intelligence.

When you take a look at today’s classrooms you can feel the big growth in educational technology and advancements in past years. It’s very exciting to see what will come next but, it’s also important to understand where it all started. So let’s take a look at the evolution of technology in classrooms. We can go all the way back up to 1650 with the horn book. This was in colonial era where wooden paddles were very popular. They had printed lessons on it with usually religious verses or alphabet. In 1870 Magic Lantern was invented and this was precursor to the more known slide projector. It served as a way of projecting images that were printed on plates of glass and showed to students in dark rooms. Somewhere at the end of World War first, public school system in Chicago had around 8,000 of these lanterns.

20 years later, first school slate was used, and this was just before the original chalkboard would come to the scene.. Just like we can see chalkboards almost in every classrooms around the world, late 19th century brought us pencils and mass produced paper. Pencils became so used that they replaced school slates. For more info, take a look at infographic below which shows the whole evolution of school technology: