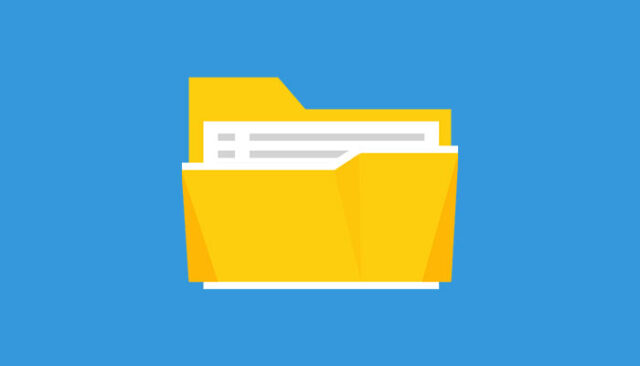 Data capacity has always been big problem since first computers and device were invented. Today we are used to have much larger storage capacities in our personal computers. People have hundreds of gigabytes. This was only science fiction several decades ago. We as humans were always trying to find methods to save information and data. Computers were getting more advanced and better and technology demanded increase of storage data too. Capacity has been enlarged and evolved so much, from first models of large trunks with just few kilobytes of storage information, and now to microchips that can hold many gigabytes of data. Did you knew that first hard disk that had capacity of one gigabyte was big as refrigerator, and this was 25 years ago. People take today’s capacities for granted, so it’s good to look back in past and get things in better perspective to see how it all started. 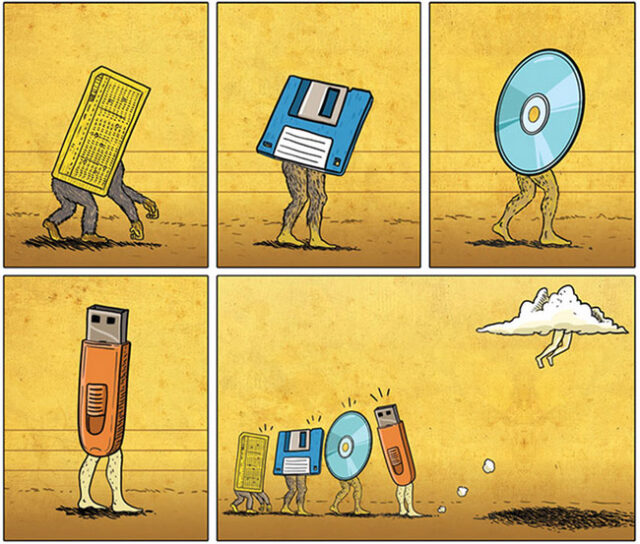 Let’s start with history of data storage. In 1946, selectron tube was invented and had capacity of  32 to 512 bytes. It was originally 3 inches wide and 10 inches long. This was expensive product and creation of it faced several problems so it wasn’t really success. The first hard drive ever was made by company IBM, it was 350 model and believe it or not it was size of big wardrobe. But despite its size, it could store very small amount of information, biggest capacity was 3.75 Mb and you could lease it for $3,200 dollars per each month. Isn’t this just too expensive? But that was the only choice people had in those days. Year 1961, next in line was another hard drive from the same company but now it was called IBM 1301 and had bigger capacity from the last one. It could hold around 19MB of data, and you could also lease this one for around $2000 dollars per month or buy it for $115,500 dollars. Can you imagine 19 Mb costed this much 40 years ago? The first ever hard disk that could hold more then 1 gigabytes of storage was IBM 3380, it actually had 2.52 GB and his weight was 250 kg.

Much longer before CD format and MP3 even existed, music lovers listened their favorite songs on cassette tapes. The format of compact cassettes was firstly introduced in 1963 in Europe and one year later in US. It became most famous medium for listening to music on music players. Tapes were also used as storage for personal computers in 70’s. Standard version of cassettes could hold around 700KB on each side and was 90 minutes long. Computers like famous Commodore 64, ZX Specturm, TRS-80 and many others were using cassettes. Also, can you believe that in 1969 computer that navigated Apollo across 356,000 km of space travel was not really powerful, not more then pocket calculator we use today. It only had 64kb memory and was running on 0.043MHz. 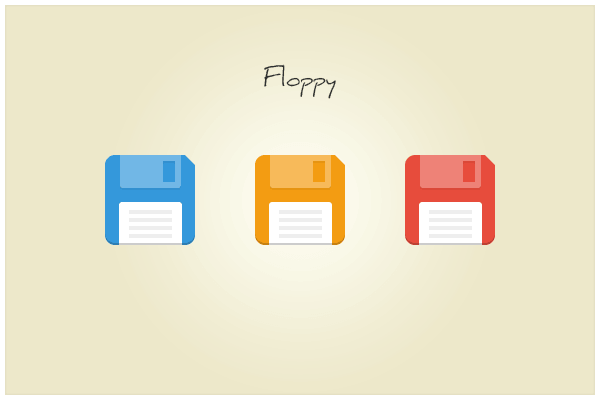 In 1971 Floppy disk evolution started. Disks were packed in envelopes that were durable and slim. Under all those plastic jackets, was magnetic film. 5 years later, Wang Laboratories company requested that new and smaller floppies had to be made, they thought that 8-inch floppy disks that were used then were just too large for personal computers. So companies started to create smaller 5.25 inch floppy disks. That new model was hit in the market and by year 1978 many computer manufacturers started developing 5.25 inch floppy disks with capacity of 1.2 megabytes. Shugart Associates company which was also at that time biggest in this field, created 4,000 floppy disks in one day. But, size was still a big problem for floppy. So few of even smaller models were created and Sony’s version of 3.5 inches has won approval of Microfloppy Industry in year 9182. This floppy disk had metal sliding cover and plastic that was hard so is could protect media from damage. 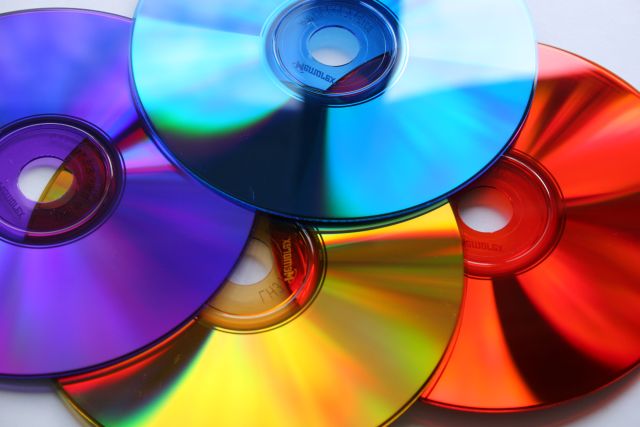 That same year in 1978, market was hit by laser discs. Those were thought of as precursors to the famous CD-rom. Laserdiscs were mainly used for movies. CD-rooms were first presented just as medium for digital audio, but after year 1982, companies saw potential in CDs and CD was born few years later. But in the beginning CDs were too expensive, slow and limited.  At the start of 90’s it was becoming more common. First game that pushed video gaming to PC’s was called Myst and it came on CD-Rom. Also did you knew that Bruce Springsteen’s album, Born In The USA was first CD album ever done for US market with commercial release.

DVD drive came in 1995. This media was specifically targeting users of PC. It was invented by Sony, Toshiba, Panasonic and Phillips company. DVD’s offers much higher storage then classic CD-Rom, but it has the same dimensions. Because of this, DVD was used as standard and most effective storage, because it was low priced and you could burn data with DVD burners. DVD capacity was from 4,75 GB to 8,5 per one disk. 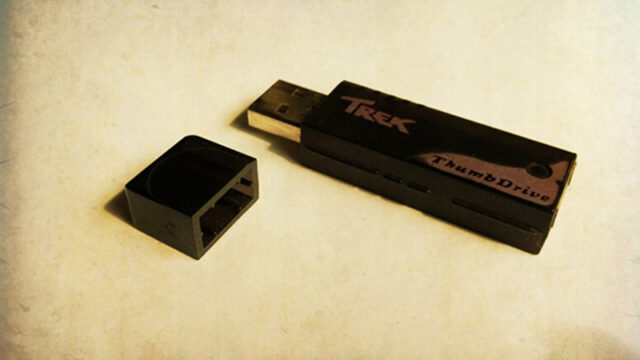 At the start of new era in 2000, after many development years, disks were not the only storage for people. USB drives came and act like plug and play storage with USB interface. Weight was less than 30 grams. It became popular so quickly because it’s portable, re-writable and removable. This was also the first time that you could boot up Windows system directly from USB and install it. First USB was called Trek ThumbDrive and it could hold up to only 8MB of data. USB sticks evolved over the years, in 2003 first USB of 2GB was created. Today we have USB’s that hold hold up to 1 terabyte which was unimaginable few years ago. 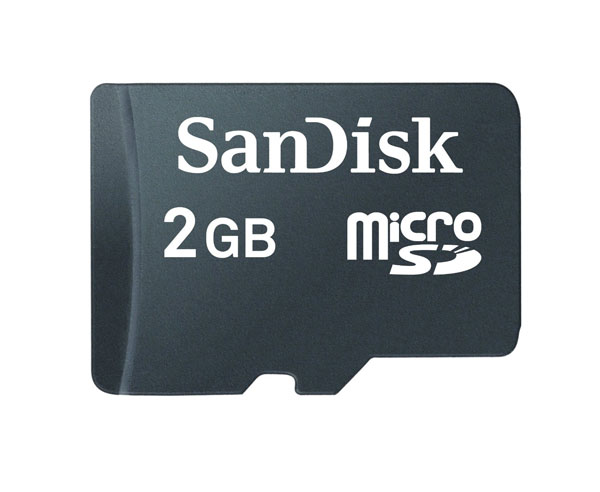 In 2006 we got first MicroSD card. It could hold up to 2GB of storage, like USB wasn’t already small enough. It had a price tag of $99 dollars a piece. It’s really amazing to consider how much our storage devices got smaller from large trunks like wardrobe to micro cards that were size of your nails.

That same year cloud uploading was introduced. People can upload their information online and store them in case something happens to their PC or hard drives so they are safe there. It’s like having a backup. Many companies are using cloud service too. In 2013 it’s estimated that more then 1 exabyte of data is uploaded on cloud services. Just as technology is advancing and evolving we crave for more data capacity.

Anyway, after almost 60 years of development and creating, information transfer and data storage has really become totally painless and quick. Technology is taking huge jumps just as we are, so we get to enjoy all fruits of our advancements. I hope this will continue and humans will witness more emerging of amazing innovations and products in near future.