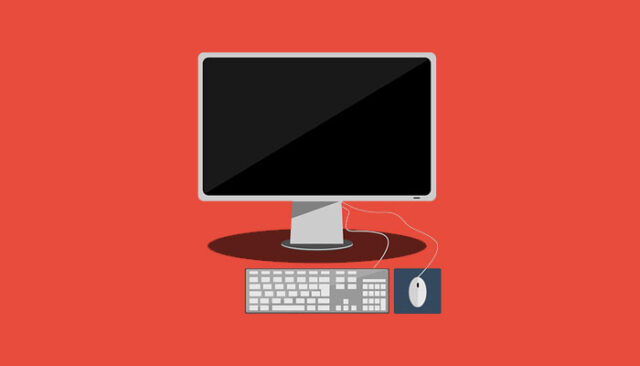 Computers have become such an important part of our life be it a tablet, desktop computer or laptops. So much, that it’s hard to imagine time without it. Modern computers have big impact and effect on our society as a whole.

First ever digital computer in our history was created in 1944. It weighed 5 tons and could only be used for calculations. This was first start of many computers that would come next, even though it had limited ability and big size. Those first computers didn’t had much resemblance to today’s versions, neither in performance or appearance.

All computers that were created from 1940 to 1956 were so big in size. Computers worked in very unsophisticated way at that time. They were so massive because of big vacuum tubes that were working as amplifiers and switchers. Cause of their size, computers required cooling while they produced so much heat. In year 1946, John Mauchly and Presper Ecker, two of the Americans have built ENIAC, which meant Electronic Numberial Integrator And Computer. ENIAC was operating on thousands vacuum tubes, and they were so important for next computer advancement. This was also the time when Thomas Edison discovered light bulb, so tubes worked in very similar way like bulbs. ENIAC was heating so much that it had to be cooled down by very big air conditioners. But, even with all of this, it was still overheating, so it was time to create something new.

Second generation of computers from 1956 to 1963 were manufactured without vacuum tubes, so they generated far less heat and electricity. They were also much faster than first generation. Another mayor difference was in size as they were becoming lot smaller. This was the era of transistors. Even though computers with transistors didn’t last for long period of time, still they were very important part of computer development. Transistors were far more reliable, smaller, cheaper and faster to build. 40 tubes were equivalent to 1 transistor. The invention of transistors marked new beginning in the field of computers and without them, space travel to the moon would not be possible in 1960’s.

From 1964 to 1971, we have third generation of computers which provided big change when it comes to integrated circuits and speed. Not only that, but they were also lot more powerful, and less expensive. This was a period when first monitors and keyboards were introduced instead of previous punch cards. Transistors were such a big innovation back then but, no one could predict or guess that millions of transistors could fit in small space. When integrated circuits were created, it enabled computers to shrink its size each year, enhancing their power further and further. This generation of computers was able to run instructions in billionth of second. Computers were now even smaller, like a size of file cabinets. Still, this was not greatest breakthrough, as back then it was yet to be discovered.

Greatest changes that impacted society when it comes to computer were between years 1971 to 2010.  1971 was the dawn of creating personal computers for home use. Computer storage and memory also saw a lot of improvements, with bigger capacity storage and increasing even more speed. This was the time when microprocessor were invented. They could store million of transistors into one circuit chip. This really helped computers to grow tremendously and impact our lives. When microprocessor were created, they were intended to be used in calculators and not in computers. But they ended up being used in personal computers.

People started to buy computers for personal use in 70’s. One of most earliest home computers was called Altair 8800 and you could buy the full kit in 1975 and create it together so you can have your own personal computer. Computers were not created for entertainment purposes. They were primarily used for solving number crunching crisis.

People today have more power in their smartphones then what was available in computer that was navigating landing on the moon. It’s very hard to define the next generation of computers, but we can also expect even more advanced and faster computer technology. This generation is still yet to be defined as technology is rapidly growing in advanced forms. I think the biggest breakthroughs will be on the field of quantum computation, artificial intelligence and maybe nanotechnology. The future of computers sure looks exciting!