Recent changes to Indian tax regulations are seemingly already having an impact on interest in cryptocurrencies in the country. Google Tends data paints a clear picture, showing a significant drop in searches for cryptocurrency and related terms over the past 90 days. The new tax regulations add substantial hurdles that could have many Indians writing crypto off for good.

The Immediate Impact on Crypto in India

With both the new taxes to worry about and ongoing downturns in crypto markets around the world, many crypto investors in India are left without good options. It’s estimated that India has over 100 million people who own cryptocurrency in some capacity. All of the pressure against the industry today could see that number fall dramatically.

As the new fiscal year opened in April 2022, a series of changes to income tax rules came into effect. These changes targeted a variety of different areas, but none as significantly as their impact on cryptocurrencies. The sweeping changes are a continuation of a policy that has been strongly against cryptocurrencies from the beginning.

Under the new Finance Act, cryptocurrencies and other digital assets are taxed at a rate of 30%. This in itself is a steep price to pay, but further changes dissuade investors from taking any risks. The act forbids claiming losses against profits regarding cryptocurrency investments. This further increases the tax burden by forcing investors to pay taxes on more money than they’ve actually profited.

Not all of the restrictions have come into place. Some will do so on July 1st, and these are expected to have just as serious an effect on cryptocurrency interest in India. The most significant of these restrictions is a tax on the source of cryptocurrency transactions.

While the 30% capital gains tax is significant, it is something that is settled at the end of each year as Indians file their taxes. The new tax will deduct 1% of digital-asset transfers at the time of the transfer. This could have a huge impact on how people in India are able to use crypto and will be a constant drain on liquidity in the market.

The new regulation requires the buyer of an asset to deduct 1% of the transaction value and file it with the government. In practice, this means the cryptocurrency exchanges that allow Indians to carry out transactions will be required to set aside 1% of every single transaction. That means that any traders who rely on frequent, fast-paced trading will be pushed out of the market.

Rumors of Even More Severe Changes

A number of Indian media outlets have been reporting rumors that the Goods and Services Tax Council could be considering reclassifying cryptocurrencies to incur massive GST charges. The rumors state that the council may impose the same taxes that are applied to casinos, sports betting, and other forms of gambling.

This would impose a 28% GST on the purchase of cryptocurrencies, which would prove disastrous and effectively make crypto unviable throughout India. These tax schemes cover goods and services, and there is currently a tax on services provided by crypto exchanges. The tax applies to the cost of the exchange’s services, not the value of assets being purchased. In effect, this means that Indians pay an 18% tax on service charges and fees.

The application of GST to actual cryptocurrency purchases would be something else entirely and would have even more of an impact than current regulations.

How did it come to this?

In order to give an answer to this question, we need to go back to 2021. Last year, the government had an idea to create a framework for what was to become the official digital currency of India, by drafting and adopting the Cryptocurrency Act and the Official Digital Currency Regulation. This was to be issued and controlled by their Central bank. However, the central bank has expressed ‘serious concerns’ about privately-owned digital currencies and planned to launch its own digital currency by December.

Bitcoin, the world’s largest digital currency, is hovering around $ 60,000, and its price has more than doubled since the beginning of 2021, attracting hordes of local investors. After a couple of years of the prices not going too high, all of a sudden, they have reached their maximum, and have caused a global investment frenzy. India was not spared.

Official figures are not available, but industry estimates show that there are close to 20 million crypto investors in this country, with total crypto investments of around Rs 400 billion ($ 5.39 billion). This was what made the government think about introducing some boundaries to these digital assets.

Earlier in 2021, the government even considered criminalizing the possession, issuance, mining, trading, and transfer of crypto assets. That means criminalizing almost every activity evolving around them. Lucky for many, the law did not pass the procedures.

Since then, the government has changed its stance a bit and has tried finding a way to discourage cryptocurrency trading by imposing large capital gains and other taxes, as was confirmed by multiple sources at the time. According to some officials, the plan was ultimately to ban private cryptocurrencies while paving the way for the central bank’s new digital currency. The one we’ve mentioned earlier.

If what we have written sounds too harsh, you should be aware that India was not the only country to think about and introduce such extreme measures. In Russia, state officials have been banned from owning cryptocurrencies for quite some time, now. The ban also applies to board members of state-owned enterprises, as well as their families, including children.

The Future of Crypto in India

The outlook for cryptocurrencies in India doesn’t look great at the moment. The fact that every other day new money-making crypto schemes like Bitcode Prime are launched also doesn’t help. A quick check for Bitcode Prime review explains why that may be the case. That being said, the current government is strongly against the idea of cryptocurrencies, doing just about everything short of banning them completely. After China’s crypto ban, other countries hostile to crypto could soon follow. Despite what the people themselves have to say about crypto, India could be using it much less if the government gets its way.

What is happening with the cryptocurrency market generally? If we look at headlines in significant positions in reputable business media almost on weekly basis, we will notice that a number of cryptocurrencies and even related products and trading platforms are entering a period of collapse that could be a path of no return. Speculation about possible bankruptcies contributes to that, as well as information to classic fraudsters who played in the crypto market. So, the time will tell will the story come to an end, or simply continue. 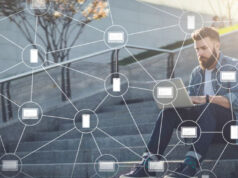 6 Interesting Facts Every Trader Should Know About the Crypto Market 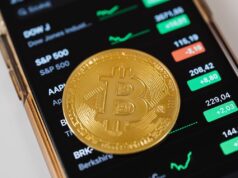