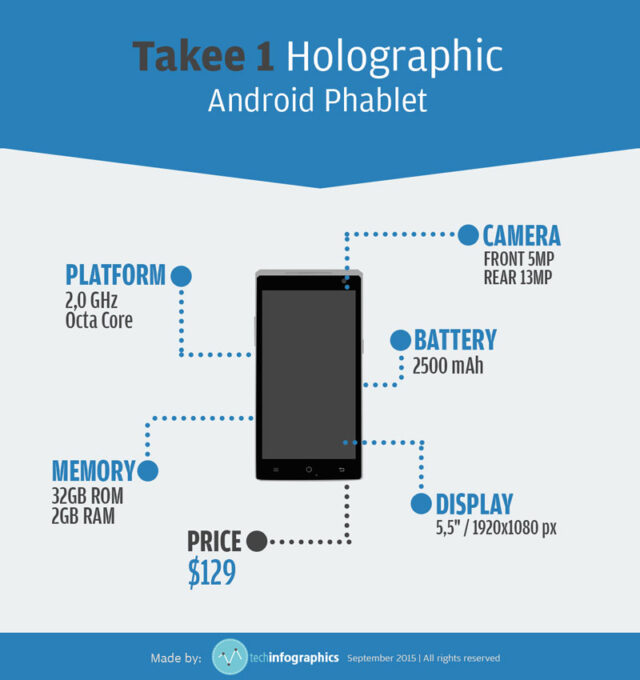 Yes, just such a model appeared in public and it’s called Estar Takee 1 originated in China by the company Estar. Takee 1 is equipped with the main front facing camera and four other, which are used to monitor the position of the head and eyes of the user. Thus obtained data is then processed by the processor and creates a holographic effect.

Sound familiar? Of course, it kinda sounds like Amazon Fire Phone. But its holographic effects goes beyond just the interface. It can be applied to games, movies, video calls and so on. See the video:

It looks amazing, isn’t it? However, the only thing that we can say is “woow”. Estar Takee 1 uses 8 core chipset MediaTek 6595 accompanied by 2 GB of RAM, and 32 MB of ROM. Phablet’s 1080 display measures 5.5 inches, while the capacity of battery is 2500 mAh. The operating system is Android 4.4 KitKat. Orders for the device have started on gearbest.com, and presale lasts until 20th September. Presale price for Estar Takee 1 is $129.99. You can order it here.