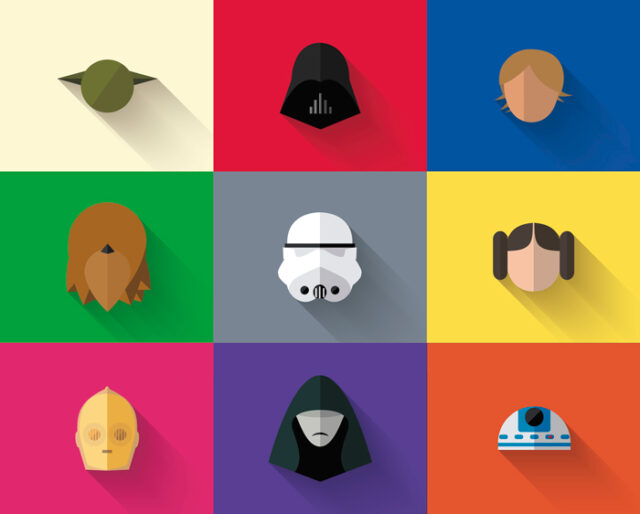 Lightsaber is the weapon of the Jedi in Star Wars. To have and use the lightsaber, they must develop their skil to even know how to fight with it, because it’s dangerous and powerful weapon. When disarmed its length is about 30 cm, which varies from the sword to the sword. The color of lightsaber depends on the color of crystals in it. The most common color is blue Jedi lightsabers, although there can be green (Yoda), purple (Mace Windu), all depends on the crystal. Siths commonly use red lightsabers, which is characterized by its dark side. This weapon is capable to pass and cut almost everything, of course except another lightsaber.  Each Jedi establish his own lightsaber. Crystals can be most frequently found on the planet Ilum, an ice planet. On Ilum could be found only crystals in green and blue. For other colors Jedi must go to other planets.

Now as the world prepares for the release of Star Wars Episode VII: The Force Awakens, we have a new generation to mesmerize with these iconic weapons. There are thousands of Jedi in the Star Wars universe, but here are some of the most important and unique sabers from the Star Wars Alms, The Clone Warsand Star Want Rebels.

So, below you can check an infographic which is breaking down all of the lightsabers that have visibly appeared in the accepted canon. Which one is your favorite?