Sport is a genre that crosses seamlessly into many other areas, with art and entertainment certainly amongst the most notable.

Read on as we look at some of the ways sport merges with art and entertainment, and find out what experts have had to say about those crossovers.

The Evolution of Soccer Crests

A recent feature by Sportslens highlighted the importance of logos and crests in soccer and across other brands or groups.

The design of most soccer crests has evolved over time, although the changes don’t always necessarily find favour amongst fans.

Modern-day designs tend to be clean and simplistic, but many soccer clubs have previously been resistant to moving away from their well-established crests.

However, as recently highlighted by the likes of Liverpool, Tottenham Hotspur and Juventus, a more simplified approach is being taken with the latest incarnations of club logos.

The Serie A Club came under fire for their redesigned crest, with many fans saying that the loss of the charging bull and crown made it look too corporate.

Despite this, many experts believe that soccer clubs must adapt their identity to ensure that it is suitable for an increasingly international audience.

Marketing professional, Lyndsay Connor, says that the globalisation of soccer presents its clubs with some difficult challenges.

“An international club identity needs to appeal to a global audience, and this comes with risks,” she told UX Collective.

“Red, on the other hand, signifies luck, joy, celebration and is believed to ward off evil. Simple, clean logos are a logical solution to counter these risks.

“As just over 62 percent of players in the Premier League are not home-grown, international fanbases are lucrative markets for EPL clubs.

“Modern football clubs are corporations and, over the coming years, an increasing number will simplify and internationalise their brands in the race to secure a lucrative share of the global market.”

Miracle on the Silver Screen

The stunning triumph of the United States ice hockey team at the 1980 Winter Olympics was the inspiration for a movie that highlighted how sport and entertainment can combine to great effect.

US head coach Herb Brooks assembled a roster of untested college players for the tournament, and it was expected that they would be swept aside by the mighty Soviet Union.

The Soviets were considered to be the best team in the world and had won the gold medal in the past four Winter Games.

However, the US emerged victorious in their semi-final against the Big Red Machine in a game that was subsequently dubbed the ‘Miracle on Ice’.

They went on to win the gold medal by beating Finland in their final game, but it was their victory over the Soviets that is recognised as one of the most iconic moments in sport.

Equally famous was the spine-tingling television commentary of the final seconds of the game by Al Michaels for ABC, in which he declared: ‘Do you believe in miracles? YES!’

Mark Ciardi was one of the primary producers on the subsequent movie ‘Miracle’ – a film that captured the political Cold War turmoil surrounding the Games.

“A lot of sports stories are pretty personal, the arc of the central character,” Ciardi told the Los Angeles Times.

“To have a sports film with an international, political crisis happening with the Cold War – I remember that there was a real fear we’d be in a war with Russia, a nuclear war — it was incredibly tense.

“Leading up to that game, it played to a bigger stage. This was such a heroic, amazing story – people were weeping in the premiere.”

Michaels added: “This thing sings, it resonates. It provides tremendous inspiration, and it will for a lot more years.”

Sport, Art and the Greatest Entertainer

The convergence of sport, art and entertainment can perhaps best be demonstrated by one of the greatest ever athletes to grace the earth – Muhammad Ali.

Andy Warhol photographed Ali for the first time as part of his 1977 Athletes series in a link-up between two characters who could not have been more different.

Warhol travelled to Ali’s training camp in Pennsylvania to meet the legendary boxer and garnered images that have become hugely sought-after.

Award-winning author Davis Miller wrote three books about the fighter, and subsequently became the co-curator of the touring exhibition I Am the Greatest: Muhammad Ali.

He told Christies.com that it was no surprise that Warhol had identified how one of the best athletes in the history of sport could cross effortlessly into art and entertainment.

“You can’t discount Ali’s great physical beauty in who he became – he looked almost classically Greek,” he said.

“He was so beautiful, and had a body that may have been better than the sculptures made by the Greeks — certainly as good as those made by Michelangelo!

“In moments he could look very black, but in other moments, he doesn’t look black at all — or white or green or Asian, for that matter.

“He looks singular – what artist could ever get tired of Ali? What musician? What composer? He was a piece of art and was made for artists. I’ll miss him every day for the rest of my life.”

It comes as no surprise to find that sports and sporting achievements can transition smoothly into other genres such as art and entertainment.

From the way that organisations and athletes present themselves, to the depiction of accomplishments in a particular discipline, sport does not exist in a vacuum.

Whether it is something as simple as redesigning a crest, creating a cinematic masterpiece or photographing a legend, the links between sport, art and entertainment cannot be denied. 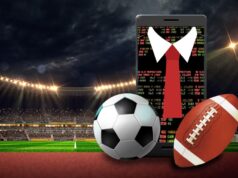 Sports Betting for Beginners: 4 Tips You Should Know 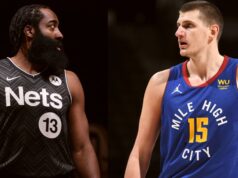