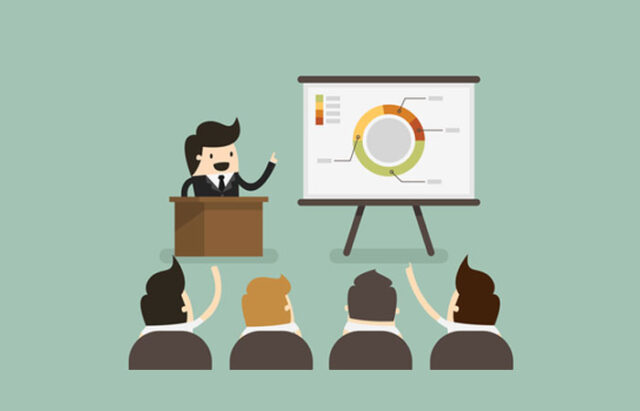 Many people have feeling of a panic when they speaking in the public. The lights, the crowd, it’s sometimes tough to deal with all that. In today’s business world where competition is big, it’s not enough to be just smart. You have to be able to make other people agree with what you’re saying. There are 4 types of speakers in a world of business. Coherent speakers are people who can talk about opinions and facts but they don’t actually say anything that’s memorable for audience. On the other side there are also incoherent speakers that are using jargon when talking and most of the things they talk are considered only interesting to them and not to other people. Then there are eloquent speakers who are using their body language and speaking language to win and get inside minds and hearts of listeners. The last type of speakers are articulate. Their talk is clear and sharp but the words that are spoken are little persuasive.

People who are eloquent will sound smarter, doesn’t matter how much intelligent they actually are. But the people who are incoherent and smart could sometimes be perceived as having limited intelligence. Being eloquent is actually skill that can be learned, practiced and eventually mastered. So, with that being said here are some of the habits and techniques you can practice and make yourself sound more smarter. Being eloquent is more then just using your language properly, but also how you use your body language. Sitting with straight spine or standing relaxed is key element of your body language and crucial part of eloquence. When you speak, keep your chin up as the position of your head is also important. Holding your head up means you are showing determination and pride. When you hold your head up you don’t have tense neck which can sometimes strangle the words you speak and prevent you from sounding clear.

Being eloquent only takes effect if there’s an audience that is listening what you’re saying. If your eyes are wondering somewhere else and if you don’t think about what you’re saying you are not focusing on listeners. You got to speak loudly, not too loud because people at the front could feel uncomfortable but still enough so that the people at the back could hear you well. When you speak never raise your voice up so that it looks like you are yelling at someone. It would rather look you’re insane then eloquent, so if your voice is still not powerful enough, use a microphone if possible. Also, try to speak with different speed. If you try to speak at same speed all the time you will look like a boring drone. You can speed up or slow down depending upon the subjects importance at the time you are talking.

When you speak you can add more power to the words you’re saying just by moving body in certain position. For example when you are at the table you will want to move forward to make a point of something, or if you are speaking to certain group of audience from stage you can move from one spot to another to make a signal that you’re talking about new idea. Silence is golden for eloquence. If you are trying to say something that’s very important you can make a small pause just before the sentence so you create little suspense. This will create a feeling within your audience so that they hang on your every word. If you follow some of these tips and make it your habits you can transform yourself into great speaker.