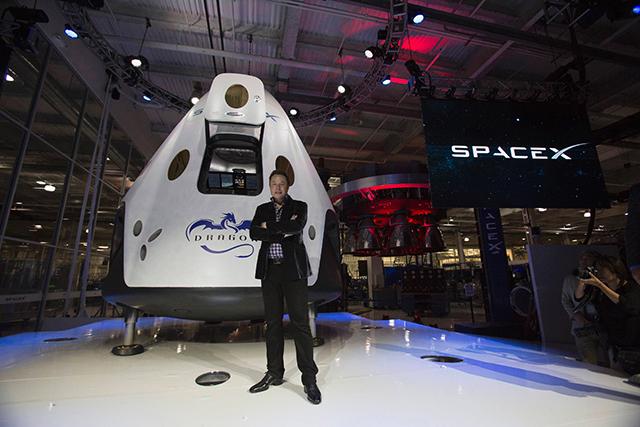 The US company SpaceX announced on social networks that for two years they will send its unmanned Dragon spacecraft on Mars. SpaceX and NASA are, in fact, signed a separate cooperation agreement, under which the private company in 2018 will send its own ship to Mars, while American space agency at the same time will provide technical support.

This ship is called Red Dragon, and it’s specially designed for flight to the Red Planet. It is a custom model ship Dragon 2, which will soon transport astronauts to the International Space Station (ISS). Dragon 2 is designed for seven people and it’s reusable (one capsule should be used for up to ten flights).

The rocket carrier will be the Falcon Heavy, which is also the product of SpaceX. This is a rocket that is able to bring 53 tons of cargo in space, which is more than twice of all missiles currently in use. It is the most modern machine of this type, designed to be the first system by launching rockets back to Earth and re-use, thus providing great savings during each mission.

Upon arrival at Mars, the Red Dragon will be softly lowered to the surface, which will become the largest spacecraft ever to land on Mars. It’s not yet defined which instruments will capsule take, but one of the intriguing proposal is that it could be used for the bringing of Martian soil samples back to Earth.

Elon Musk, the owner of SpaceX, has repeatedly said that his mission in life is to settle people on Mars and make us the species who inhabiting two planets. Red Dragon will not carry humans to Mars in the future; it’s too small for venture of this kind, as one mission, according to estimates will last up to three years. Limited interior (the volume of it, like Musk said is, “the size of an average SUV”), is suitable only for flights in the Earth-Moon system. Musk nonetheless points out that this mission will be a major step forward and will be used to acquire much-needed knowledge and experience before sending a manned mission there.