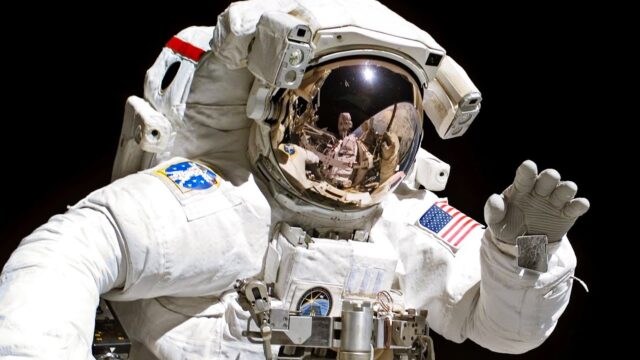 Spacesuits evolution, and If there is one ultimate fashion statement, it has to be spacesuit. Just think about it for a second, a suit that is life support which is vital for us. Mobility which as you can imagine we rely on everywhere we go and do. The good space suit should allow astronauts work in extreme space conditions. There is saying the clothes make the man. Even though it is not true for most of us, perhaps it is a valid point for the astronauts who spent most of their time in one of these space suits iconic for the space missions. We could say that, in space fashion is more like a matter of life or death and appearance is does not have much weight. However, the modern spacesuits evolution had taken the spacesuits to impressive heights. Thinking only the amount of technology packed behind, allowing us to go beyond our imagination. The ideal spacesuit should, allow the astronauts a great maneuverability. The spacesuit should maintain the required temperatures required for survival. Furthermore, the rays of the sun for which we use sun cream protectors on earth. However, this is certainly not the case in space where the temperatures in some certain places might be very hot due to the gas between the stars or the solar wind, which can reach millions of degrees. In some other corners in the space, knows as the cosmic background temperature can reach something between minus -455 degrees Fahrenheit.

Like every fashion, space suit was also changing throughout the years.

Since early suit designs, spacesuits had evolved into amazing machines and have become, even more complex. They allowed astronauts to make repairs on Hubble Space telescope, collect all kinds of rocks on lunar surface or float throughout the void while looking back at our planet earth.  So what were early spacesuits like ? Astronauts from NASA were first flying to space during the mission for Mercury running from 1958-1963 and it was the early highlight of the space race.The mission’s goal was to put a man into Earth orbit and then return him safely, ideally before the Soviet Union. Suits were only worn while being inside of spacecraft. During the second space program, NASA’s first spacewalk took place. The name of the mission was Gemini, and astronauts already had better suits then those in Mercury. Suits for Gemini mission were very limited and working with them might have been a challenge. They didn’t even had a life support system. Astronaut were connected with hose to the spacecraft. So what was different in space suits for the mission to the moon ? Well, first of all suits for the Apollo mission had to perform things Gemini and Mercury suits were not capable of. They had boots so astronauts can walk on rocky areas, and they also had to have protection for astronauts while walking on the moon, as they had to walk away from lunar module.

Apollo spacesuits evolution also had their own life support system. This as you can imagine allowed the astronauts greater distance to cover in their space exploration mission. After all the Apollo missions, astronauts started to orbit Earth in Skylab space stations. Spacesuits used for this were in many ways similar to Apollo ones. During the launch or landing of space shuttle, astronauts are wearing orange suits and they can only be worn when being inside the spacecraft. When going for spacewalks, astronauts are always wearing white heavy spacesuits. But there are also other suits that astronauts can wear. Sometimes they can wear Orlan spacesuit which are Russian, and there are also other Russian spacesuit called Sokol. The Sokol spacesuit is worn in Russian spacecraft called Soyuz.

NASA is planning to send people where no human has ever gone before, and that only means one thing. Astronauts will need new and improved spacesuits for the mission. NASA is already working on new improved models. The new suits will allow the astronauts to do what they could not on the moon. It will also make movements for astronauts much easier and protect them better from space dust debris etc.  They will even have parts that can be swapped out if necessary. Each new generation of spacesuits is very important as they make it safer and easier for astronauts to work and live in space and go beyond.