What is Solar Impulse? 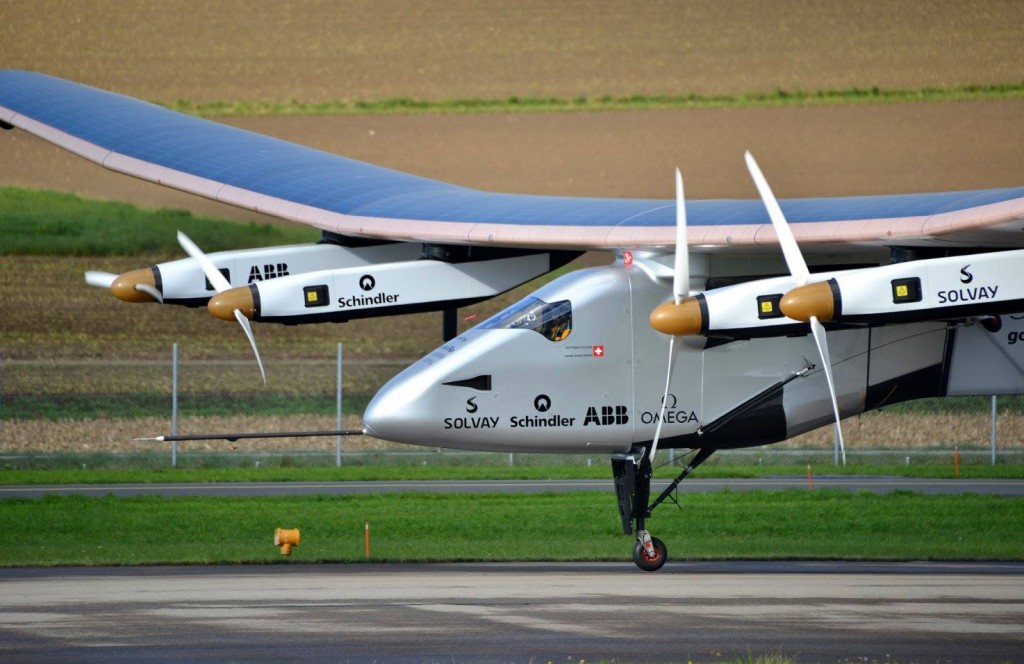 Solar Impulse is the name of a Swiss long-range experimental solar-powered aircraft project, and also the name of the project’s two operational aircraft. The privately financed project is led by Swiss engineer and businessman André Borschberg and Swiss psychiatrist and aeronaut Bertrand Piccard.

The aircraft are single-seat monoplanes powered by photovoltaic cells and capable of taking off under their own power. The prototype, often referred to as Solar Impulse 1, was designed to remain airborne up to 36 hours.It conducted its first test flight in December 2009. In July 2010, it flew an entire diurnal solar cycle, including nearly nine hours of night flying, in a 26-hour flight.

A second aircraft, completed in 2014 and named Solar Impulse 2, carries more solar cells and more powerful motors, among other improvements. In March 2015, Piccard and Borschberg began a circumnavigation of the globe with Solar Impulse 2, departing from Abu Dhabi in the United Arab Emirates.The aircraft is scheduled to return to Abu Dhabi in August 2015, upon the completion of its multi-stage journey. By 1 June 2015, the plane had traversed Asia.On 3 July 2015, the plane completed the longest leg of its journey, from Japan to Hawaii. 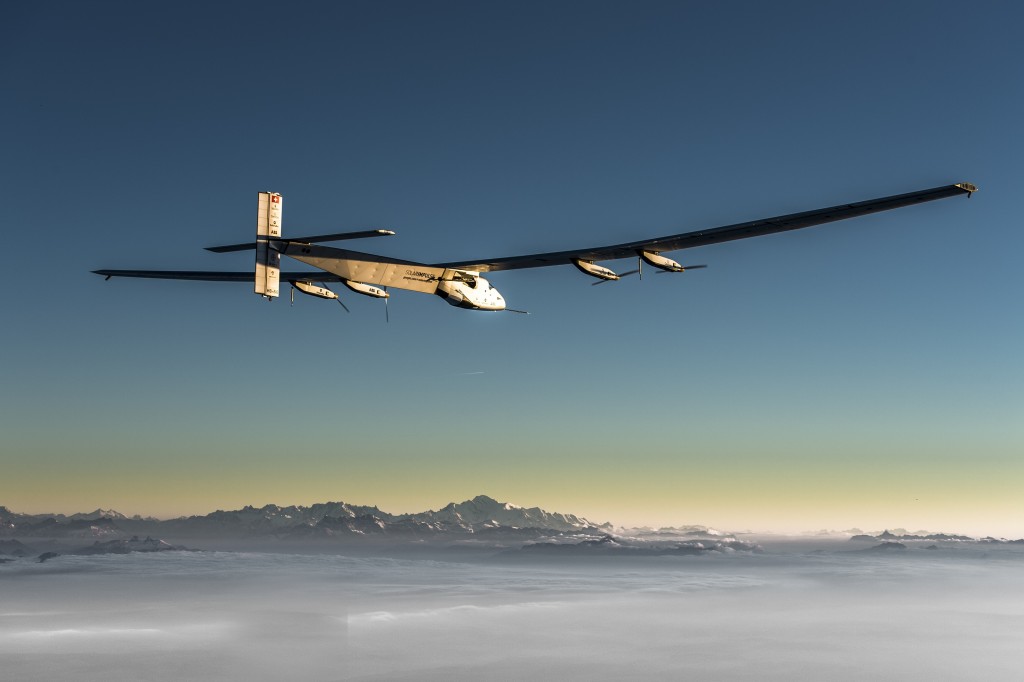 The aircraft that circled the globe using only energy from the sun broke the world record for the longest non-stop flight, according to the team of this project. Solar Impulse 2, which on Monday took off from Japan in the seventh leg of his trip, broke the previous record which was 76 hours.

This aircraft last week completed the longest leg of his trip, which ran from Japan across the Pacific to Hawaii. The Solar Impulse 2 even flew 7,200 kilometers in the air spent 118 hours. This is the longest ever recorded autonomous flight for a solar aircraft, but also for any other spacecraft – never no one has so long fly non-stop and without refueling.

“Can you imagine a plane powered by the sun, without any fuel, can fly longer than the jet-powered plane. This is a clear message that clean technologies can achieve impossible goals, ” Piccard wrote in a statement.

“If we had flown five days across the continent and encountered some problems, whether it’s the weather or operational problems, there is always an alternative airport to that can fly. But crossing the Pacific Ocean, you do not have an alternative and that is what keeps me up, as well as teams, engineers, pilots, “said the managing director of the project Gregory Blatt.

The Solar Impulse plane is not really intended to be a vision of the future of aviation. Rather, it is supposed to be a demonstration of the current capabilities of solar power in general. The vehicle is covered in 17,000 photovoltaic cells. These either power the vehicle’s electric motors directly, or charge its lithium-ion batteries, which sustain the plane during the night hours. Mr Piccard told reporters at Kalaeloa: “Andre’s flight was longer than all the other single-seater flights that had fuel. That’s an incredible message.

Bellow you can check infographic about Solar Impulse 2 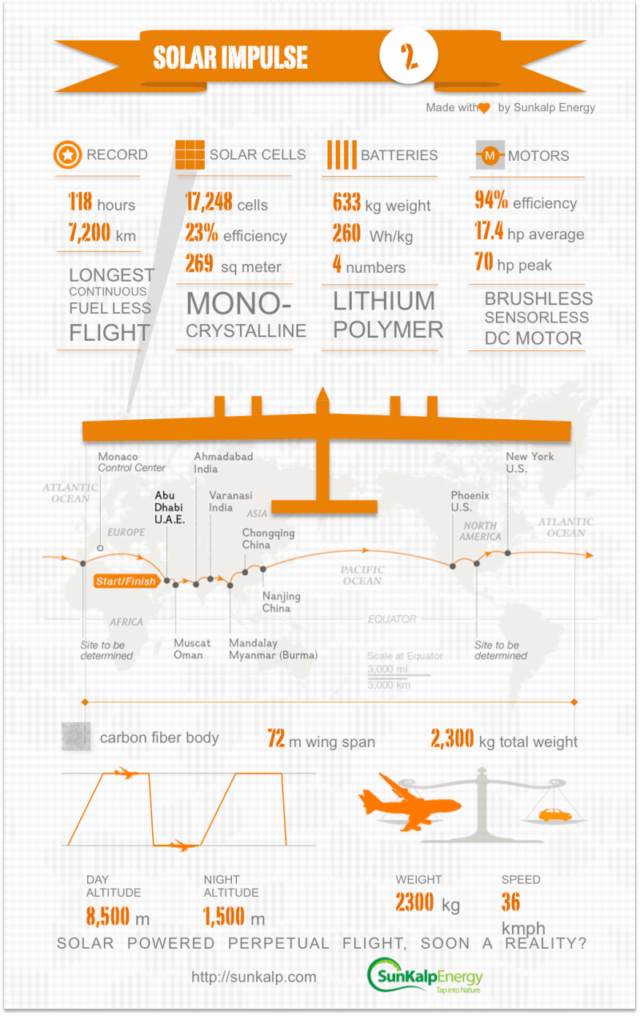