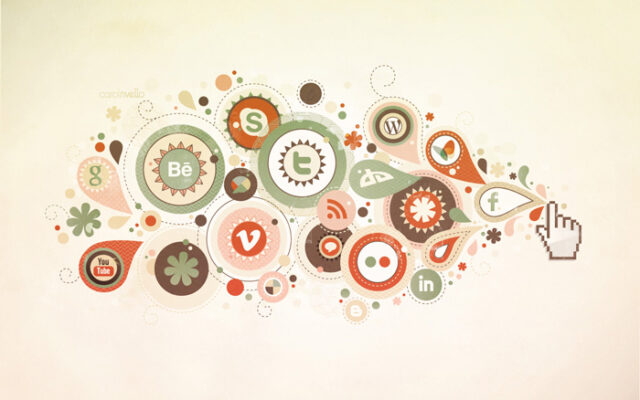 Social networks are now reinforced their positions so well, that we have the top 5 most popular which does not change through years. However many vary by levels of use in different countries and demographic.

Social networks are growing up. Although it seems as if it were yesterday, Facebook exists for 11 years. It soon becomes a teenager of social networks, but it is still a leader among them.

Google has tried with its platform Google +, but unfortunately created a social network that few marketers understand too seriously. The problem lies in the fact that social networks in the past year diligently worked on the principle of “pay, and work.” Another trend of social networks are so-called quasi-social networks, such as WhatsApp and Snapchat, which have slowly evolved from the initial form of platform for sending and receiving messages.

On the planet is about 7.2 billion people, and the following facts will amaze you:

Facebook achieves 75% of its revenue through commercials. 47% of Internet users have a personal account on Facebook. What is interesting in the past year is that Facebook is losing popularity among young people, and gets in the elderly population. Psychologists explain that the reason is because teenagers are trying to keep their lives on the Internet away from their parents and resort to other networks, “running away” from the eye of the family.

For Twitter is said that it’s the “accidental social network”, but today it is a great marketing tool. With 284 million users, of whom 88% use Twitter over the phone, it’s not even close to the first competitor, but 500 million tweets a day speaks volumes about the impact of this social media.

However, the largest growth of users do not realize either Facebook or Twitter, but “social network of images” Instagram. Daily on Instagram are published around 70 million of pictures. Particularly is interesting the popularity among young people in America, as much as 53% between 18 and 29 years old, is a regular on Instagram.

LinkedIn dominates among the employed Internet users. Was launched in 2002 and is considered by many as the pioneer of the phenomenon of social media. With 347 million users, of which over 39 million are at university, it’s a great way to establish business relations and exchange of ideas.

These platforms have started slowly, for specific users, over time their number increased, and now have a strong wind in the back, thanks to the development of technology.

The game on the field is changing. How to take advantage of the visual strengths in marketing? Instagram, WhatsApp and Snapchat entered seriously into the market, and we expect new impressive numbers.

For more interesting facts about social media in 2015 check the video infographic below: