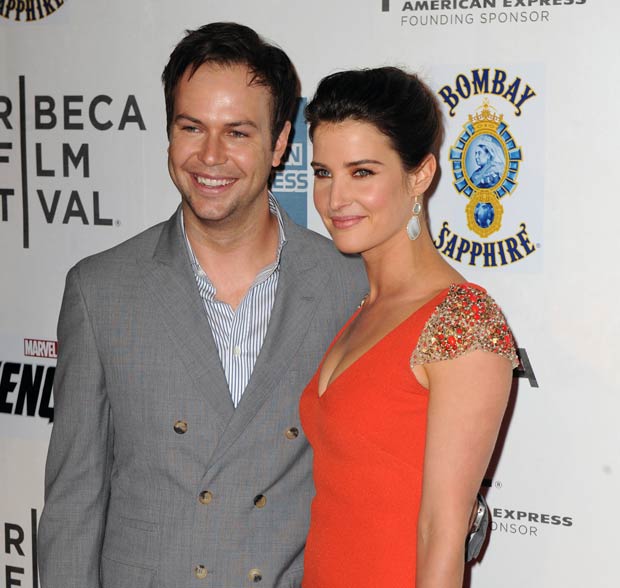 RumorFix has learned exclusively that SNL’s Taran Killam married How I Met Your Mother’s, Cobie Smulders.

The beautifully-romantic ceremony took place at the Alisal Guest Ranch and Resort in the quaint California town of Solvang Saturday afternoon.

The ceremony lasted about 15 minutes then guests were taken on a hay ride to a private lake for the reception.

The bride later changed into a short dress for the reception, which featured a wedding cake on each table. Neil and Alyson brought their kids, who were having a blast.

The happy couple rented out the entire ranch at a cost of $43,000 a night.

Taran and Cobie have been together for eight years — engaged for three. They have a three-year-old daughter, Shaelyn Cado, who couldn’t be more excited about the wedding.

In May, The Avengers actress told ET Canada, “She really wants a dress and she wants white shoes.”

Congratulations to the happy couple!