Nobody said freshman year would be easy, but nobody said it would be this hard either. Laura had entered her first year of college with high hopes for the future. She had always been a good student and dreamed of one day becoming a film producer. Academics had come easily. So had relationships.

Now she was midway through the first semester and living with a roommate who couldn’t be more different. They rarely talked. Meanwhile, all of Laura’s classes were remote, which meant hours of time in front of her computer cooped up in a tiny dorm room.

Laura tried to eat healthy, exercise, and stay in touch with friends, but the relentless stress of uncertainty about the future, enforced isolation, and grief and disappointment—over all of the lost aspects of college life, from parties to football games to Feb Club—began to set in. She started feeling anxious all the time, to such a degree that she had to force herself to eat. Pretty soon she was having trouble sleeping.

Having never experienced these symptoms, Laura didn’t know what was going on and felt ashamed. Her friends noticed that she seemed down, irritable, and began to avoid them. Soon the feelings of hopelessness emerged….

Young people are generally thought to be more resilient to the types of aging-related health issues that invariably affect older individuals. But there is one area in which the reverse trend usually holds: mental health. College students and young adults typically have been a more vulnerable population when it comes to psychiatric issues like anxiety, depression, and other conditions— for various reasons.

The crippling events of this year have increased the frequency and severity of these problems in staggering ways. And, while research in various corners is just beginning to illuminate the full extent of the mental health impact on college and university students, the findings suggest that the effects could be long-lasting.

In the absence of concrete measures to educate and equip college students with useful self-help tools and resources, the state of mental health among today’s college students could get worse before getting better. (The below infographic from the national behavioral health provider FHE Health, “6 Things to Remember When Feeling Anxious or Depressed,” is one example of a simple, free, self-help tool that colleges can use to equip their students for better mental health.)

In recent months, various universities and research institutions have sought to explore the full extent of the mental health impact of COVID-19 on college students. Not one of these studies paints a rosy picture. For example, when researchers at Texas A&M University and Houston Methodist Hospital conducted interview surveys of 195 students at a large public university, they found that:

On the basis of these results, the study authors concluded there is an “urgent need to develop interventions and preventive strategies to address the mental health of college students.”

Similar calls have come from leaders in higher education like Marvin Krislov, the president of Pace University. Writing in an article for Forbes, he began by citing a major study from the previous year (2019). At that time, (notably before the pandemic), 75 percent of college students said they needed help for emotional and mental health problems.

If three out of four college students were needing this help before COVID-19, what’s the landscape like now, according to Krislov? He noted a recent Boston University study that found that depression symptoms have tripled among adults in this country, college students included. As an eye-opening perspective, before the events of this year, 8.5 percent of adults were experiencing depressive symptoms. Now, 27.8 percent are impacted by depression.

Worries About Finding a Job After College

Krislov said such realities demand more investment in school counseling services, work to reduce mental health stigma, and an approach that is proactive and accepting, among other measures in response to mental health issues.

Behavioral and social scientist Lisa Sontag-Padilla at the RAND Corporation has echoed some of the same sentiments. In an article on RAND’s site, she explained why addressing mental health needs in a timely way is so important. It has to do with what can happen when symptoms like anxiety and depression are allowed to progress without treatment. The consequences can literally last a lifetime, from higher rates of substance abuse and addiction to students dropping out of school to lower lifetime earning potential.

Sontag-Padilla quoted a survey by Johns Hopkins University that found roughly one in four (24 percent) of college students reported “serious psychological stress” as the result of the pandemic.

The infographic in this article consists of tips for college students from an interview with a mental health expert from the National Alliance on Mental Illness (NAMI).

In an emergency, it can be hard to think straight or remember what things are most important to attend to. The same applies to a mental health emergency. These “6 Things to Remember When Anxious or Depressed” are meant to be kept on hand in a Smartphone, purse, or on a dorm room wall, so that when a college student or young adult is feeling overwhelmed by feelings of anxiety or depression, they can stay focused on getting the help they need to feel better.

Remember Laura? One day she noticed something new on the bathroom door. It was an infographic titled “6 Things to Remember When Anxious or Depressed.” (Presumably, her roommate had posted it.)

That got Laura thinking that maybe she didn’t have to feel ashamed about what she was experiencing, that she could feel better—and, that the next thing to do was to pick up the phone and schedule an appointment at Student Health Services. 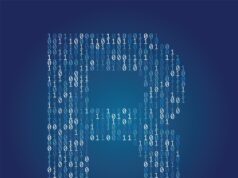 How to Learn R Programming Fast and Effectively – 2020 Guide 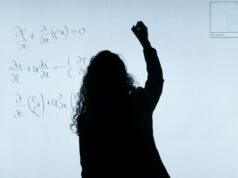 How to Study Mathematics Alone in Self Study 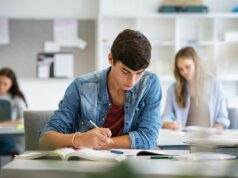