Sean Hayes appeared as a co-panelist and a guest on CBS’s The Talk Monday, and we couldn’t help but notice he was wearing a new piece of jewelry.

The actor was sporting a gold wedding band on his ring finger!

The 44-year-old has always been notoriously private about his personal life. While he was an Emmy winner for his role as openly gay Jack McFarlane on the groundbreaking Will and Grace, but he never came out publicly until a 2010 interview with the Advocate.”

He appeared in every segment of The Talk but never addressed the new gold on his ring finger.

Hayes also wore the same ring on Friday’s The Ellen DeGeneres Show, but again didn’t mention it there either. 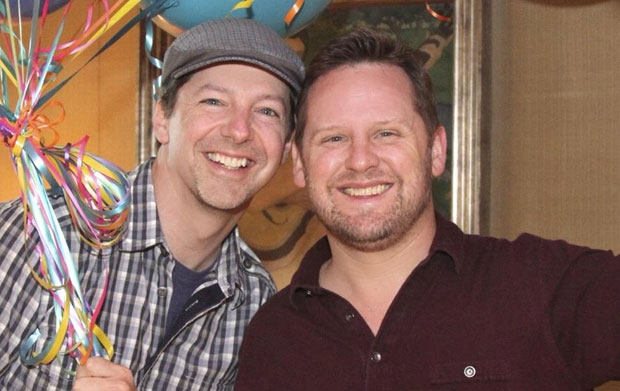 RumorFix reached out to Sean’s rep, who tells us exclusively, “Sean Hayes and Scott Icenogle have been together for eight years. They are not yet married but they have been engaged for quite some time.”