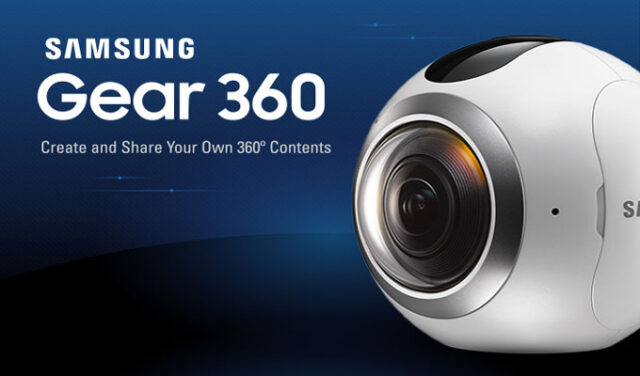 Due to the increasing popularity of VR devices and content which is hereby consumed, it was a matter of time before this kind of cameras which produces VR content become available to a wider audience. Thus, Samsung has introduced the Gear 360, a camera with recording capability of 360 degrees, which allows users to capture, view and share photos and video content. So – it allows users to be the authors of their own virtual reality! Following the last year’s presentation of device Gear VR, Gear 360 expands the ability to capture special moments, for more tangible visual experience.

Samsung Gear 360 is equipped with a double “fisheye” lenses, each of them is paired with 15-megapixel photo sensor, which captures 360-degree video resolution of 3840 by 1920 pixels, or picture-resolution of 30-megapixel camera. Users will be able to take a wide-angle video or photo with view angle of 180 degrees, using one of the cameras. During the development of this camera, the ability to shoot in low light conditions was also taken into account, as well as 360 Bright Lens technology with aperture F2.0. 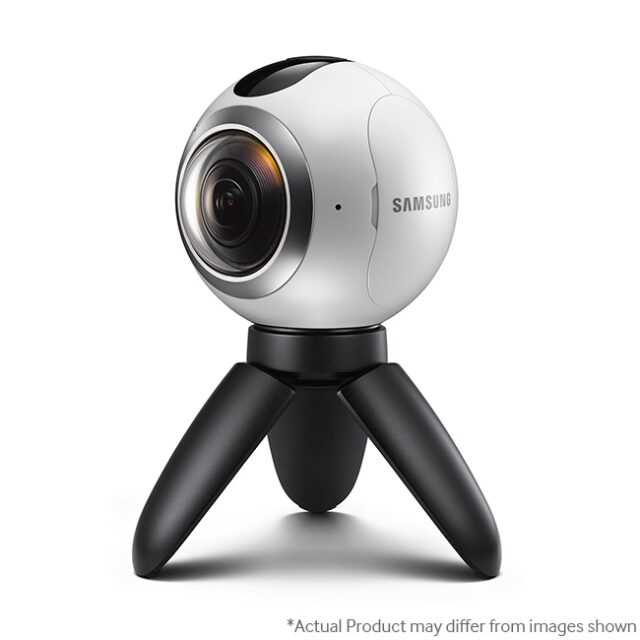 Thanks to its lightweight, compact design in form of a ball, Gear 360 is easy to carry and shoot on the move, indoors or outdoors. The device is equipped with a convenient tripod, and is also compatible with a range of accessories already available for the camera. When Gear 360 connect to Samsung smart phone, users will be able to watch content that was recorded. After recording, the device will automatically offer storage on your smartphone or share content on social networks, including Facebook, YouTube and Google Street View. By sharing content on a smart phone connected to the Gear VR, users will be able to enjoy the virtual reality images, and soon will be also available a range of compatible applications, available for download at stores Galaxy Apps, Google Play, and for PCs.

Gear 360 is compatible with a specific series of Samsung smart phones, including the newly Galaxy S7 and S7 Edge, Galaxy S6 family and Galaxy Note 5.