Home Data visualization Samsung Galaxy S8 the real pressure with the release of the new... 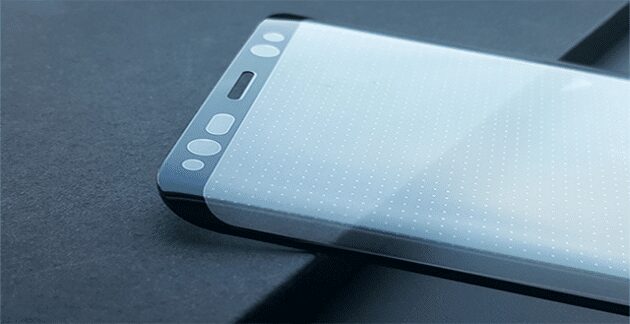 Even with the Galaxy Note 7 fiasco, Samsung is still world’s biggest smartphone manufacturer.  Their latest flagship-Samsung Galaxy S8 is the hottest topic for weeks now. While some people can’t wait to see the design and the specifications of the latest South Korean Tiger. Others just ask questions about the whats about to come. With the Note 7 battery issue people are still suspicious.Why there’s still no exact launch date for Galaxy S8? Why is the official start of their latest flagship in constant delay? Is Samsung preparing something really big ? Or this is just another marketing strategy ?

Galaxy S8 and what we know about it

For now, there have been many speculations about this device. People from Samsung keep giving the public just enough information to release the pressure. But it doesn’t seem to work. With Galaxy Note 7 still being a burning issue (no pun intended), constant delay of Samsung galaxy S8 just raises more questions.

Samsung has already applied for the Galaxy S8 trademark. So, that’s one thing that’s giving us some assurance that they’re not pulling our legs, and that we will see S8 this year. A watchdog has reported the earliest date that was announced was end of the February. We know that Mobile World Congress is happening in that period. LG already launching their flagship at that time, we can see that’s not going to happen with Samsung galaxy S8.

Customers have been teased with some promotional videos and posters released on the internet. It is  known that S8 will come with an Amoled display. One thing is uncertain, and that’s will the display be curved on one side or both sides?

Another interesting fact is that Samsung applied to trademark “beast mode”, a smartphone technology that enhances phone speed and performance through software. This could mean that the new S8 will come with a “beast mode” feature, which would allow users to use multiple apps. This is something to be excited for.

Other than this, we don’t have too many facts, instead we have a lot of speculations and perhaps false announcements. Many of us have read about Snapdragon 830 chip processor and 6GB RAM. Some sources claim that the CPU solution will be Exynos 8895 chip. However, all the speculations are far-stretched. The South Korean manufacturer is yet to come out with an official statement about their new product line.

Galaxy Note 7 created a lot chaos for the South Korean tiger. The entire world stands on its feet with eyes pointed on Samsung expecting a little more than just quality of their new flagship. The fear of failing battery is to strong and the Korean manufacturer has to show that this problem will not repeat again.

One of the reasons stated by Samsung for the delay of Samsung Galaxy S8 is due to the quality control measures. But, because of all these delays, the public is unsure in their progress. The latest date is mid-April, but this is also not a certain information. If you think about it, two months delay is a lot of time, and it makes you wonder if Samsung will manage to deliver what is expected to continue its legacy.

We have to admit that it’s not easy to work under so much pressure, especially when you know that the expectations are a lot higher. With their rating collapsing and the delaying date, Samsung has to make sure that Galaxy S8 is a complete success. The delay may be because of the development of a new safety technology they’re working on or simply new features. Working constantly around the clock to develop safety systems and also fit everything into a consumer product is never an easy task.

So the public wants some hard facts, they want a set release date, they want Note 7 answers and reassurance that it’s never going to happen. Samsung has faced the reality with the time pressure. The company has invested a lot to recover the brand reputation.

Recovering a brand is doubting task

There is one thing that could help Samsung work its way around its battery problems. One very innovative life saving feature is self-extinguishing batteries. A team of Stanford University researchers have found a way to develop this battery. They have managed to place a fire retardant inside the battery shell which releases when the battery gets too hot. This technology could help Samsung place customer safety beyond any doubt

Many specialist suggest it is “mission impossible” to fully recover from the brand damages. Samsung has managed to bounce back after Note 7 fiasco, but it’s still under the supervision. If they mess up with S8, they might lose the mobile phones market forever. In this day and age, losing a market this big, would be a catastrophic and Samsung has to play its cards right.