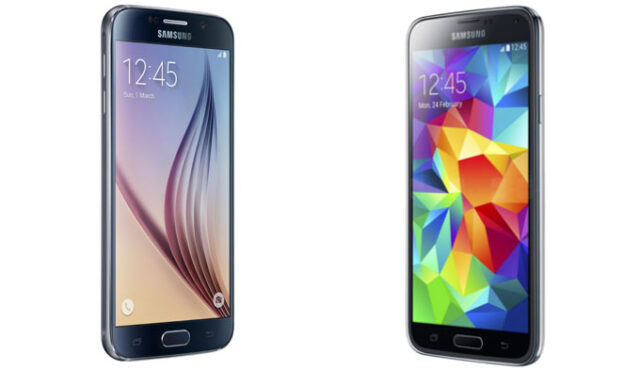 It seems that is very important to the South Korean company to sell new Samung Galaxy S6 smartphone. With the Galaxy S5 they didn’t achieve even remotely desired sales results they are hoping for, so just on that, they creating the image of the new Galaxy S6 smartphone. What they “accidentally forget” to write is that the Galaxy S5 was waterproof and have a microSD card slot, with which Galaxy S6 can not boast. Prices are also interesting. We know that in America – Galaxy S6 will be sold at $ 599.99, and the Galaxy S6 Edge at $ 699.99.

Samsung Galaxy S6 is a natural competitor to Apple iPhone 6 model and therefore is not surprising number of similarities. Samsung has finally given up the use of traditional plastic material in making housing for Galaxy S line. It’s replaced by a metal and glass. Galaxy S6 visual identity looks much better than its predecessor. In terms of technical specifications for now is at the very top. Samsung has clearly progressed in the development of display technology and SOC, which resulted in an increased number of pixels without necessarily increasing power consumption. The lack of a microSD card for some could be a big minus, but if Samsung adapt to new times, it is time to buyers Galaxy S6 models do so. All in all, there is no doubt that Samsung did a great device. That will be sold, it will. For now it is too early to declare it the best. We need to see what will offer competitors: LG and Sony, although already some unofficial specifications are available to the public.

Disadvantages:
– Lens protrudes from the body
– No Radio
– The degradation of the USB on 2.0
– No user easily replaceable battery
– There is no possibility of expanding memory SD card

Below you can check infographic which shows differences between Galaxy S5 and Galaxy S6: 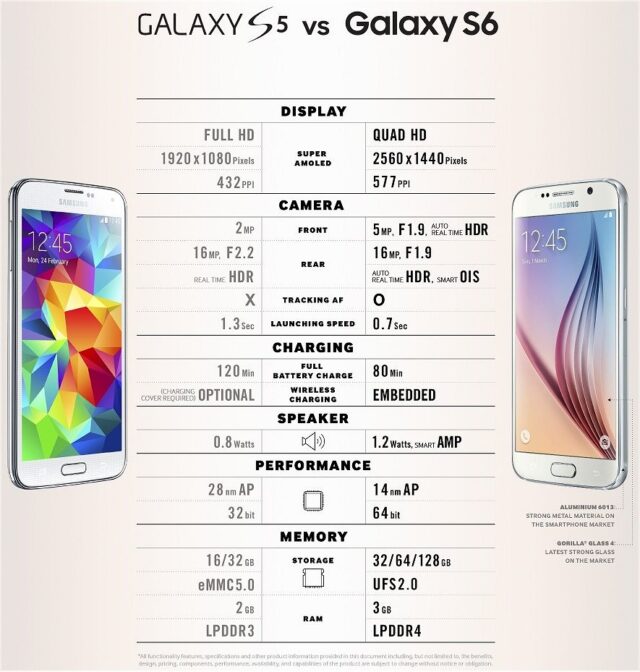