Home Daily Infographics Samsung Galaxy Note 7 rise and fall: how it went down 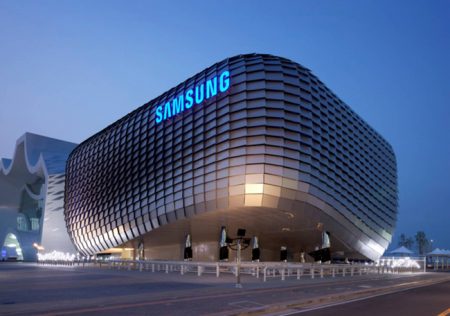 How it went down
While worldwide sales have stopped a couple of months ago the Samsung Galaxy Note 7 debacle continues to be a big headache for Samsung. The Note 7 led to one of the biggest recalls in consumer electronics history with more than 2.5 million smartphones being recalled. If you still have one, turn it off immediately, return it and pick something new. You can exchange it for a new smartphone with a discount. If you can still find one, don’t buy it. What went wrong during the launch of the Galaxy Note 7 smartphone?

First round: Samsung Galaxy Note launch
Samsung launched the Galaxy Note 7 with great fanfare on the 2nd of August presenting it as the smartphone “that thinks big”. The new smartphone unveiled a number of exciting features such as a large battery, excellent camera, new iris scanner, advanced S-pen and much more. When reporters started reviewing the smartphone each and every one found it to be one the best smartphones ever created. Initial response from the market was beyond expectations with the smartphone breaking several records in a row during the first couple of weeks. Just three weeks after the launch of the smartphone the first incidents with Galaxy Note 7 exploding and catching fire hit the news. Pictures and videos displaying batteries bursting into flames were daily posted on social media. After more than a hundred incidents Samsung decided to voluntarily recall all sold smartphones in the United States. Buyers of the smartphone were giving the choice: a full refund or replacement of the smartphone.

Second round: replacements on fire
It didn’t take long before Samsung had the first replacement batch ready and sales resumed again in the first group of countries. When everyone thought it was over it all started again with a number of devices bursting into flames again. A man in Kentucky went to the emergency room “vomiting black” after he woke up to find that his replacement Galaxy Note 7 had caught fire while it “was just sitting there”. These replacement models should have been safe and without the defect that caused the fires in the first round. When a number of providers stopped issuing the new Galaxy Note 7 smartphone as a replacement Samsung decided to stop production of the smartphone. Samsung asked all carrier and retail partners to stop sales and exchanges of the Galaxy Note 7. The company also asked all Galaxy Note 7 users to “power down and stop using the device and take advantage of the remedies available”.

The rise and fall of the Galaxy Note 7 is something that people will remember forever.  The forecast for 2016 and the coming years looked great but things have turned around and Samsung needs to build trust again. Samsung shares dropped more than 8 percent while Apple shares went up. Below you can find the full time timeline created by Mobielkopen.net with everything that happened to the Samsung Galaxy Note 7: