Home Daily Infographics Robot Trends And Advances In 2016 And Beyond

Will the robot trends this year mark the first time when you encountered robot in your home or at work? or first drone delivery? We have already seen  many great advancements in the field of artificial intelligence and robotics. Furthermore, the robot trends are attached to both small and larger companies. The robot trends  are already jumping on the bandwagon of new technology that will bring longer working hours and continue to improve the shortage of skilled labor and shift the production to unimaginable levels. All these extras actually come for the price cheaper than the human workforce.

China is one of the countries that is experiencing the robot revolution. The government of China is hoping that the revolution will help the country to retain their vast industry and manufacturing capabilities. The wages of workers are rising so is manufacturing becoming more expensive in equal proportions. For this simple reason, the Chinese Government has put all their strengths to become more   technologically advanced and efficient than any other country.China is no stranger when it comes to the technology and they are known for investing on robot trends. Robots were always effective for repetitive work but for most of the given life situations the quickly reach their limits. This is why robots are usually used only in case scenarios that are carefully designed and reprogrammed. This also explains why they are very hard to adapt to some new tasks, and are unable to cope with the uncertain or unfamiliar situation. 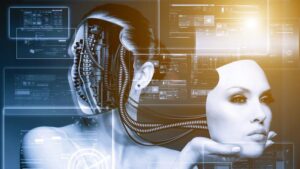 However, the robot trends are starting to slowly change, thanks to new algorithms and techniques that will enable robots to learn even more effectively and quickly. There are many different methods of enabling the learning of robots and some promising research results are already being conducted around the world. One specific appropriate way of learning could have the giant impact on the industrial robotics. It is about the real learning, which is basically using large and simulated neural networks that had already  been proven to be beneficial for robot training and understanding of video, audio, and images.  Yet another trend of robot learning is knowledge sharing between the robots. This could also accelerate the process of learning much quicker, what’s even more interesting is that if two robots that are completely different from one another, they could teach each other  to new things, such as performing a new task or recognizing the particular object. Several learning projects are already on the way, aimed to provide efficient yet simple ways for robots to combine their existing knowledge through the internet.

Robots will also get more personal. There are already few of them to debut even this year and it is going to be really interesting to see how the audience is gonna perceive them. The software is becoming more capable and hardware cheaper so it is not really hard to understand and conclude that many people are with the same opinion. The time is right for robotic helpers and home companions. However giving a certain robot that personal touch is not easy tasks as many prototypes had already failed or been rejected. Perhaps this year we are going to witness autonomous drones taking off and delivering your amazon goods on your front door. While it is not yet acceptable that we are going to see a sky filled with thousands of drones instantly, it is expected that many autonomous and smart drones will be tested in many different industries, especially the one where inspection and automated surveillance are useful.

Perhaps robots will be also largely used in farms. Agriculture is one of the mankind most important and oldest economic activity, providing  food, things that are necessary for the survival of the human species. The year of 2050, it is estimated there will be almost 9 billion people on the planet and because of this, agricultural production has to increase at least by 25%  in order for the global population to survive. Robotic advances have led to the development of semi-autonomous or even fully automated machines for farming that is capable of performing many productive operations.