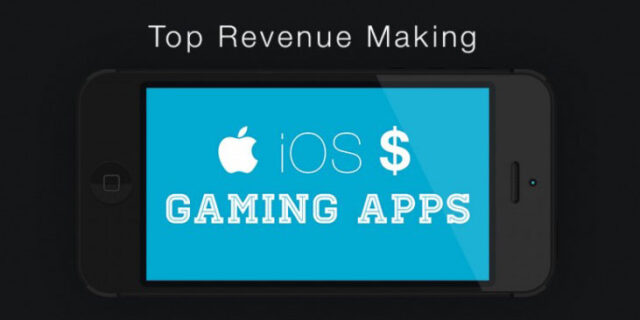 Once you find out how much money earn your favorite iOS gaming apps and then take a look at their big-trailers, you will remain speechless.

It is generally known that the gaming industry by revenues successfully surpassed the film industry. However, only few people from the general public are fully aware of the fact how much the little things on our smart phones actually earn. The figures that we present in this article might surprise you.

The mobile gaming is tremendously profitable business. As with ‘classical’ game room, most of the money brought into the project is completed in marketing, but what is the most attractive (at least to young development experts / developers) is that the game does not necessarily have a high production values. The real kings app world are still games that we all know, we wanted them to play or not. This is, on the one hand, proof that advertising reaches beyond software. We should point out also that this calculation is only for iOS gaming apps. Add to that the amount of money that these games earn on Android and believe us – you will be amazed.

The absolute the king of all micro transactions is real-time strategy Clash of Clans (Android, iOS). This incredibly popular defensive-offensive-strategic game in which you build a base and defend it from other players the most money earns from in-app currency which by without paying with real money it’s relatively difficult to collect. Earnings? 1,415,090 US dollars a day. Also note that the game plays over 55 000 new users daily.

Second place belongs to also known puzzle Candy Crush Saga (Android, iOS) with earnings of $ 989,307 per day. Its creators are incredibly studious about design, and they carefully add or remove gameplay elements in the game on insane subliminal levels  to make game more attractive to the wider range of users. This, to be sure, is not a joke. The perfect combination of killer challenging, elegant learning curve, and colorful sweets which are practically become ‘trademark’. Why users spend so much money to play? Because according to player progression everything becomes more difficult, bonuses and powerups that they facilitate progress attract players from the first unsuccessful finished level.

Next on our list of the most profitable classics is strategically time vacuum called Game of War: Fire Age (Android, iOS). As with all ‘best’ mobile games, it is a highly addictive game that through micro transactions every day collect 844,334 US dollars. Combine this with an increase of 69,951 new players a day, these are astronomical results not surprising at all. How it attracts money? Players with real money can buy power-ups of their empire, and, of course, add aesthetic details that make it clear to everyone that they are the most powerful emperor of the world.

The fourth in the list is another popular ‘connect-three’ puzzler Farm Heroes Saga (Android, iOS). Their earnings model is similar as Candy Crush, which means that by purchasing bonuses users contribute to a daily balance of about $ 343,352. Farm Heroes Saga is simmilar toCandy Crush Saga because it is developed by the same company – King. Of course, the basic mechanics of both games are different enough to hit a specific market segment. As a reminder, King was very studious about the design of their games, which means that the design of their games is wery simmilar and it is absolutely planned.

The fifth highest-grossing app with the management of small farms is Hay Day (Android, iOS). Made in the style of the popular Farmville, this Supercells casual title has a classic way of earnings by micro transactions through the special currency for items which is only possible to buy with real money. In short, you spend money to embelish your farm. Vanity is one hell of a thing if we consider that Hay Day earns for about 270,966 US dollars and attract 22,317 new users a day.

The list with this, of course, does not end. On this occasion, we have listed only the five most successful mobile games on market. To reach the level of their success is a really big job considering that seemingly simple headlines, with increased success, gaining a larger and larger team of experts. However, as with all, we all should start from something, it definitely does not discourage the young and ambitious developers.

Below you can check infographic about top iOS gaming apps by revenue making: