Home Environment Renewable Energy Can Save the Planet – 2020 Guide

Anna Reynolds, the Executive Director of the Alliance for Clean Energy in New York once said, “Giving more New Yorkers access to renewable energy can allow them to reduce their own energy bills while reducing stress on the grid and demand for fossil fuel power.

This can save money for all ratepayers and allow us all to breathe cleaner air.” This suggests that renewable energy can be the solution to the world’s climate change problems. Renewable energy not only offers energy solutions, but since its primary source is nature, and it can be replenished as long as life exists on Earth.

Over the past few years, solar and wind technologies have become a popular choice in industries and private homes, raising the question: can renewable energy save the planet?

First and foremost, renewable energy has become a popular choice due to its lower cost. Today, there are 15 times and 3 times more solar and wind power respectively in today’s world more than in the year 2007. The cost of renewable energy is also reduced, as earlier mentioned. Since 2008, for example, the cost of onshore wind electricity has fallen 18%, making it one of the cheapest electricity costs in the world.

Furthermore, renewable energy has a direct impact on the climate. Current human activities have led to the atmosphere being filled with carbon dioxide and several other pollutants. These activities have consequently led to droughts, sea-level rise, animal extinction, burnings of which the most recent is the unfortunate Australian fires.

The most notorious is Carbon Dioxide, which is a greenhouse gas that causes global warming. On the other side of the fence, renewable energy sources do not produce emissions, and even the ones which do are quite minimal and have no long or short-term effects. Let’s take a look at the numbers: when you burn natural gas for electricity, between 0.6 and 2 pounds of carbon dioxide is released into the atmosphere.

Nevertheless, if the supply of renewable energy is increased, it can replace carbon-intensive energy sources, hence reducing instances of global warming emissions. This notion is further supported by an analysis that was conducted in 2009 by the Union of Concerned Scientists, and it showed that a 25% increase in the United States renewable electricity standard will result in a reduction in the number of power plant CO2 emissions.

An independent research by the United States Department of Energy’s National Renewable Energy Laboratory suggested that renewable energy could reduce global warming by 80% by the year 2050 if only renewable energy sources remain a choice for electricity generation.

Climate change and global warming also have an impact on the health of individuals. Common health problems include heart attacks, difficulty in breathing, neurological damage, and premature death. This suggests that pollution is most likely an underlying cause in most of the world’s common illnesses. According to another research done by Harvard University, the public health effects of coal attracted a cost of over $74.6 billion each year.

These hazard health effects are as a result of the impure air that we breathe, all of which are a result of pollutants from energy sources. However, wind, hydroelectric, and solar energy sources do not generate these emissions. Hence, a reduction in emissions will cause a similar reduction in the cost of treating respiratory illnesses.

Besides, solar energy and wind energy do not pollute water in any way, hence protecting aquatic animals from pollution. They also do not compete with these animals for their sunshine or other natural needs. Fossil fuels on the other hand have a direct effect on water resources. An example is coal mining which can pollute drinking water for humans, and render water territories inhabitable for aquatic creatures.

One of the most important reasons why we should adopt renewable energy sources is because it is inexhaustible. It comes directly from nature, and we can be sure that it will never run out. As long as there is life on Earth, the wind will be present, we will have the oceans and the sun will not burn itself out. It is constantly replenished and is a great way to plan and create electricity solutions that rely heavily on these sources. Also, clean energy will not just reduce instances of emissions, it will also increase the regularity of electricity in developing nations.

Asides from the environmental benefits of renewable energy sources, it also has economic benefits which include reduced cost of electricity, and provision of jobs. Adopting renewable energy will create a number of jobs in different sectors of the economy. For example, the installation of solar panels involves humans, and more humans will be needed as technicians to maintain it.

Conclusively, renewable energy has the potential to save the planet, only if humans give it a chance. Also, it is going to take years before we can all adapt to this new system. But with consistency, we can defeat the monster named global warming, while reducing the number of pollutants in our atmosphere.

You can find more information on https://www.reportingaccounts.com 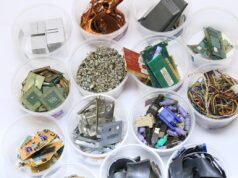 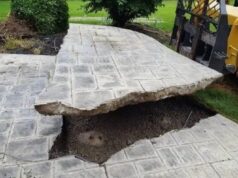 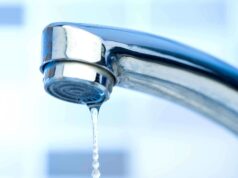 Top 5 Water Wasters In Your Home