Pokemon go became a killer, I cannot remember when was the last time that game dominated social media and captured the imaginations of millions of people around the world. This is the total phenomenon and not just another release of a game. What is even more important, This is a release that a lot of people never could predict it would come. This is not just about the real gamer. People who don’t play Pokemon games, and games at all, are playing and talking about Pokemon Go. 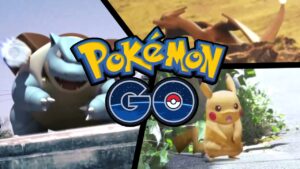 This none comparable like other console games such as Overwatch or DOOM. Everyone is aware of the game, some of them are annoyed, others are bemused. Whatever the case is, everyone is hearing or talking about it. It is hard not to see someone playing if you go to some places, especially high touristic locations. I think when yo look at the bigger picture it is probably one of the most amazing achievements in gaming world people ever seen. Nintendo and the Pokemon Company Niantic had stumbled upon something special. 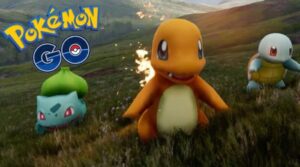 The stories on social media are very interesting. People are spotting Pokemon hunters everywhere, while they also hunt them. There are also many heart warming stories. Users are sharing pictures and stories of Pokemon GO connecting people together. Probably one of my favorite stories is the picture on ” reddit ” playing Pokemon GO game with other people. Something that the world could really use more in these dark times we live in. Well maybe not the darkest of times but still very dark.

Games are drawing and connecting people together when almost anything else is tearing us apart. For some individuals Pokemon GO has almost been inspirational and life changing. Some users started to care about what they wear, eat and how they look like. Others had depression and did not go outside until finally they found out about this game and left their isolated world. I love Pokemon franchise and remember playing the games back in the days on my old game boy color. But this is going into completely another level , like the star trek ship on steroids. I just wish they incorporated battle style from those older games into Pokemon GO.

Pokémon Go is the first release for smartphones from the Pokemon company. They have been selling Pokemon franchise since 1998. Pokemon GO is using GPS signal and camera from your smart phone. The game makes it look as if Pokemon is really on the streets in the real world. Since its release many players had been reporting they have server problems. This is because  of the too many downloads and users signing into game. I have tried the game for few hours and had fun catching virtual Pokemon. I am sure people will have plenty of more fun walking around looking for Pokemon. Often times games are presented as examples of people doing some weird stuff because of them. The reality is that, like any other form of entertainment, video games can be both bad and good. They are usually used to entertain an individual but often times they also bring many people together, either online or in this case in person. Games are played for fun, for money and for charities. I do not mean to say that every video game will make people or the world better place. But at least with game like Pokemon GO, we are seeing whole community of people getting together, and even getting little exercise while walking. I think that is really cool, so lets treasure the moments.