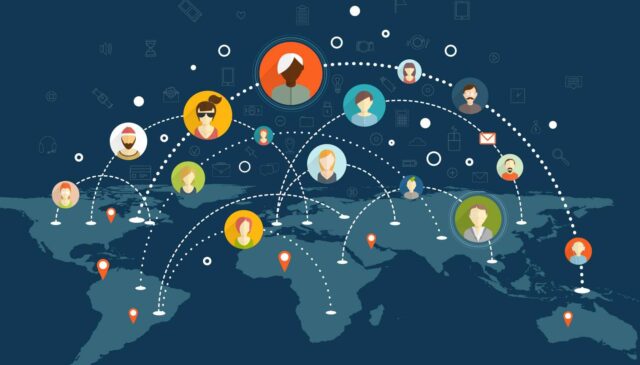 Outsourcing is becoming a new thing in business. But lots of people don’t know what it is and how much benefit you can get from outsourcing for the business.  If you are owner of some company then it is very important to understand the whole process of outsourcing and create your own outsourcing department.
Outsourcing is also called Business Process Outsourcing (BPO) and it can be defined as a process where some company hires other company or individual people in some country to handle all of their activities. In that way company can get some skills or services that would be hard to find on some usual way. That helps company to improve the overall efficiency and to cut costs of some areas. And that’s exactly why lots of companies use outsourcing.

There are lots of departments in some company that can be outsourced in different companies but those departments are mostly:

There are really lots of benefits from outsourcing and it would take a really long time to list them all. That’s why I made a list of the most important ones. Those are:

Money.
It is easy to reduce cost of the complete business with outsourcing. I already mentioned that above with every task that can be outsourced because every time you do that process you are most probably cutting the cost of business, even if you weren’t planning to do that. The savings with outsourcing can rise to almost 60% if done right. And the services are often the same quality.

Efficiency.
Lots of outsourcing companies that can help you with that have lots of experience in that area and know what to do. They understand the job and people who do that and if you decide to have that kind of outsourcing partner it will probably lead to better efficiency and productivity of your company.

Different skills.
It can be really expensive to find someone with specific skills and recruit them. But with outsourcing that whole process is much easier because most of outsourcing partners have their own pool of people with lots of different skills. So it’s pretty easy to get all the skills you need for some project.

Time zone.
Imagine that you send some instructions for project in the evening and go to sleep. And when you wake up in the morning the project is finished. That sounds nice, right? And with outsourcing it is possible because of time zones in different countries.

There are also some other skills like lower risk, better concentration on different processes and some other.
That all sounds pretty perfect and you probably can’t see any reason why you shouldn’t begin outsourcing your tasks. But there are some reasons. Some of the biggest disadvantages of outsourcing are:

The risk.
Even though the risk of doing a bad job on the project is smaller, the risk of exposing some important information or data to some other person not connected to your company is present and that situation is possible. Sometimes it is even impossible to avoid that so if you are in that kind of situation make sure that you trust the worker or outsourcing partner.

Delivery date.
Sometimes people make promises and brake them. And when you hire some outsourcing team to do some job for you they can say that they’ll finish everything in three days. And then don’t deliver it after three days but you already promised to customer that it’ll be finished. You and your company will be the one who will suffer the most. To avoid that try to pick a partner that is reliable and has a high level of trust.

Focus.
Lots of people in outsourced teams are actually freelancers who do all kinds of jobs. That means that they can’t actually focus on just one task because they have some other tasks to do too. That could lead to lack of focus towards your task and even though the task could be done right, it can always be better if the employee concentrates more on it.

There are some other disadvantages like poor communication, poor quality of delivered task, wrong interpretation of the contract and similar.

And where are those jobs transferred? Two countries mostly used for outsourcing are India and Philippines with Bangalore, Mumbai and Delhi being the most used cities in India and Manila in Philippines.

And for the end, here are some tips for business owners who want to start (or get better) with outsourcing:

Simply do what you do best and be better than anyone else.

That’s it folks. If you want some more interesting information I suggest checking the infographic below. Enjoy! 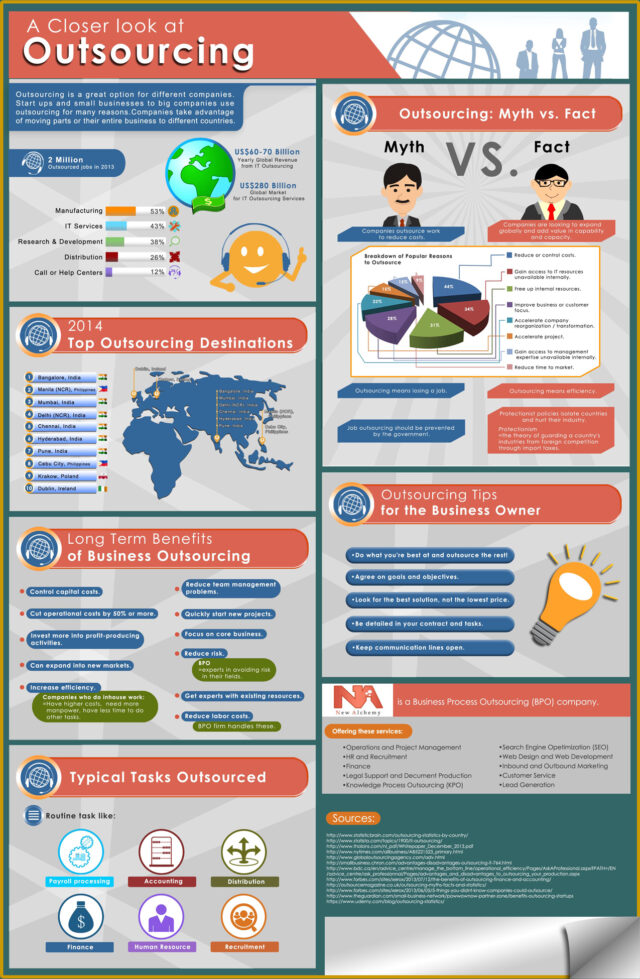