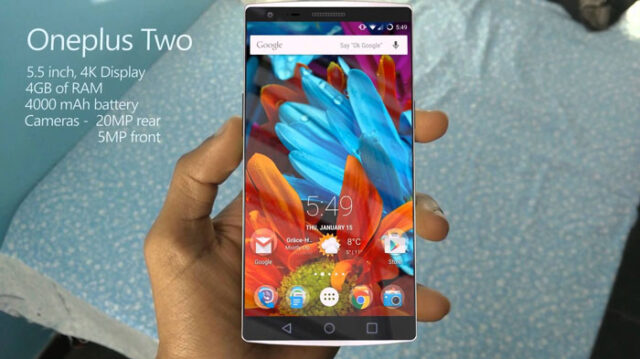 What brings us the new model of OnePlus?

After 15 months, OnePlus presented its second smartphone OnePlus 2. Hardware characteristics are known from before, so we’ll just repeat what you probably already know, with some minor additions. They say it can worthily compete with Apple, Samsung, LG-ju, HTC and Sony.

Thus, the screen is 5.5 inch high-quality IPS LCD screen which has remained at full HD resolution of 1920 x 1080 dots (401 ppi), the company believe that it is more than enough for any user, with what we can agree. They decided to install better lighting in screen to it can be used better in daylight rather than take part in a crazy race with a resolution – and again, we think that they are right. It is also protected by Corning Gorilla Glass.

The casing comes in several colors and background masks that you can modify (Bamboo, Black Apricot, Rosewood, Kevlar), something like the LG G4, and each additional mask is $ 26.99. Many often ask for notification LED diode – of course it has it.

And the processor is confirmed, it is a Qualcomm 64-bit and 8-core Snapdragon 810 (v2.1) processor at 1.8 GHz with Adreno 430 graphics, so that fans of video games on the big screen literally enjoy. And, most important, it will not overheat.

Users will often be happy to use the new camera. The front is “selfie” camera of 5 MP and rear 13 MP with LED flash and auto focus, also it’s worth to mention that OnePlus 2 can record 4K video. If you like “slow motion”, device captures 720p @ 120fps. AAt the official site of device, they say “megapixels” are not what defines quality camera, but a lot of other features. The lens is made up of 6 parts in order to avoid distortions and to colors be more faithful. We must mention and laser auto-focus and optical image stabilization (OIS).

Also in OnePlus 2 har new generation built-in fingerprint reader and the lithium-polymer battery of 3300 mAh. It should be enough for all-day operation. As far as size, it’s slightly thinner than its predecessor, 151.8 x 74.9 x 9.85 millimeters, but slightly more havier – 175 grams.It works on OxygenOS based on Android operating system 5.1 lollipop. Clearly, supports both Wi-Fi (ac), Bluetooth 4.1, GPS, GLONASS, and has an internal compass. The speaker is located on the lower side, and we like that it supports the H.265 video codec.

Finally  OnePlus 2 on presale at Gearbest on price $ 397.89 for the 3 GB version and $ 477.89 for the 4GB version. Below you can check infographic with all great OnePlus 2 features: