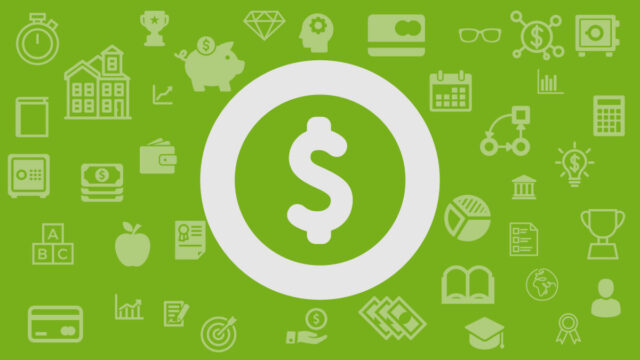 We all get it, with the current economy we are all living on a tight budget. But you have to get that new tablet, maybe for that new job, or that new project. Who said you must break the bank to get it? It’s not a walk in the park trying to find that high quality product at a low price in the market today, so you must be smart about things. As you browse through this page you will come across some of the few value packed tablets that we managed to pick out for you, and guess what, you won’t have to spend over your 100$ budget, how cool is that!

But before all that we will take a brief tour on some of the operating systems that you should expect to come along with your tablet.

Vital Operating Systems To Be Aware Of

With a budget under 100$ you are guaranteed nothing other than an android operation system in the market today. But android is one of the best and widely used operating systems, so don’t worry, you are on the right track. Well, if you are wondering if we have other options, yes we do have apple, which is way out of our league budget wise and the rest are probably extinct in the current market.

Moving forward, we also have Windows which you have probably heard of. It has been in the market for decades but had bene lingering in the shadows (probably because of its limited use on laptops and PCs). To beat the other competitors in the market, I’m guessing they realized they had to go broader and maybe try to fit their technology into other devices in the market. That’s why they came up with windows 8 which is designed with the touch screen technology in mind. They then went further ahead to design Windows 10, which is a better option with more refined features, and makes for an excellent tablet OS.

Ok Fire OS is a very important android operating system version that you ought to know about. When getting a low budget tablet, we guarantee you the best place to go hunting is Amazon which is one of the most widely used ecommerce sites worldwide. Amazon manufactures its Fire Tablet range to run on the Fire OS. It may look different on the outside but it still runs on the Android core, meaning all Android apps get to work on the tablet. Cool, isn’t it?

And finally, we have the Chinese tablets, very common in the market usually at lowest-end space of 100$. Tones of generic devices fall under this category but you cannot be assured of getting aftermarket support or even just finding the manufacturer. These devices tend to push the features and hardware figures as opposed to build-quality, probably because it’s not easy to show the build-quality on paper. Remember you can never compromise on quality, having a fast processor is pointless if your tablet build is falling apart.

The above operating systems are very important to keep in mind when getting your tablet because it defines how your tablet will work. And now, the moment you have been waiting for. Like we promised, listed are the 6 types of tablets that will guarantee you value for money, without breaking the bank!

We have divided the six tablets in two groups, the Android tablets and the Windows tablets.

Samsung without going into much detail is a famous and trusted brand, well known for its high quality build and features. This makes it great because it is a brand that you can comfortably trust straight out of the box. Apart from that, this particular tablet is powered by a quad core CPU with 1.5 GB of RAM. However, everything has its bad side, and for this particular tablet it is the screen response time. It has a slow screen response time, especially when playing graphic intensive games. This tablet is mostly used by media and web users, making it an great asset if you love browsing the web. It is also mostly used by students who want to type their assignments or type some notes.

Our next tablet is the Neutab 10.1 series and below are the good and bad features. Powered by an Octa-Core CPU, this lovely tablet has Bluetooth 4.0, a PoweredVR graphic chip that enhances the graphics on your screen and an added US-based warranty support. On the other side this tablet has only 1 GB RAM, reducing the tablets efficiency, with a lower battery life. The Neutab 10.1 is commonly used by book and comic readers as it has a wide screen to play around with different tablet media types.

Our fourth tablet is the Fire HD 8 tablet with quite a number of positives and a couple of negatives. With a strong, visually appealing build, this tablet also has 1.5 GB of Ram with a 16 GB internal storage space and to add to that, it has a 12-hour battery life. On the other side, this tablet is locked into the ‘Amazon Ecosystem of Apps’ and will require a bit of “hacking” to get around it. It only has a 90-day warranty also. This tablet is mostly used by media lovers, as it supports a wide range of media formats, and readers, as well as having tones of space to start your own library!

Our fifth tablet is a windows tablet, the Ematic EWT826BK with quite a couple of both good and bad features. This particular tablet comes with a keyboard which is fantastic! Besides that, it has a 1280 x 800 resolution screen that’s a lot wider than the other tablets. That makes for perfect for productivity. But on the negative angle, this tablet has a shorter battery life, with 1GB RAM, however with the recent developments, Windows has been improving its memory management features so this makes it a plus rather than a negative. With a keyboard, this tablet is best for people with desk jobs, students, or anyone who doesn’t need to move around often.

Toshiba Encore tablet is the sixth and last tablet on our list This Windows tablet is powered by a 1.83GHz processor. It comes with a 1 year long free subscription of Office 365 and let’s not forget the 1280 x 768 screen resolution. Of course it has its weaknesses which include 1 GB RAM and a shared memory with the graphics system. This tablet is perfect for students on a strict budget that need a Windows tablet. But just like the Ematic tablet, it targets the low-cost windows tablet audience.

That’s a wrap on the six budget sensitive tablets, now you get to make your perfect choice and start shopping. We even have an infographic from Techy View to share with you. It’s a nice visual representation of this post showcasing the best tablets under 100.