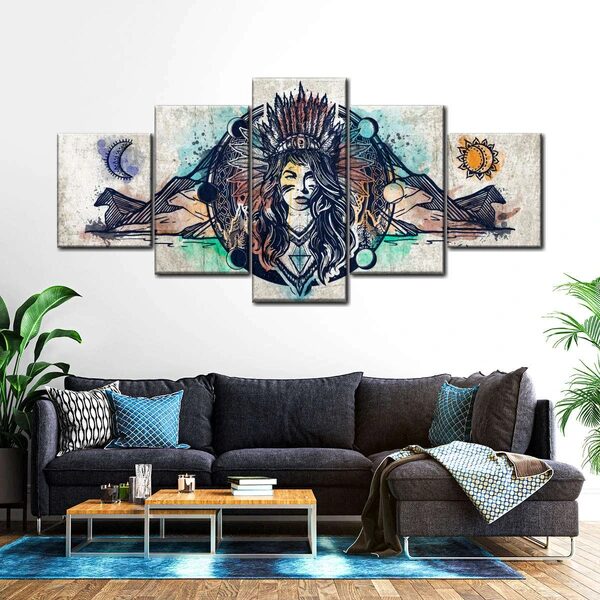 Native Americans also called indigenous people of the United State, aboriginal American; often referred to as people whose original territories are what we know as present-day Canada and United State. They hold culture and spirituality on a high level. The native American art form is more utilitarian, as many of the art objects are intended to perform certain functions – either as means of worship to a deity or god or as containers for their materials.

Their art also reflects the Native American dominant warrior culture. There is also their belief in different animal spirit guardians and deities, with some tribes bearing animal names like the crow tribe of the wolf tribe. This also prevalent their art as an artwork of spirit animals.

The culture and art of the Native American people are heavily symbolic with every aspect of the culture imbued with some form of symbolism or the other, which varies from tribe to tribe. With multiple languages spoken by the Native American tribes, picture writings and symbols are mostly used to convey words and ideas. Symbols can be used to decorate the home, tell stories about important events and people

Native American-themed wall arts are another way in which culture, symbolism, struggle, and tradition can be incorporated into design and style. These wall arts can be mounted on your wall to give the space and design more cultural value and significance. Native Americans have a deeply rooted cultural spirituality that translates into their belief in various deities and gods, as well as animal totems and guides.

There are some significantly meaningful materials, objects, animals, and symbols in the Native American culture that translates into the arts. Native American-themed Wall arts are paintings in these items, animals, and can be used as home décor inspiration, design and theme. These are wall arts that make visitors in your home space stop and stare in awe at the beautiful representation of the culture of the indigenous people of the United State. 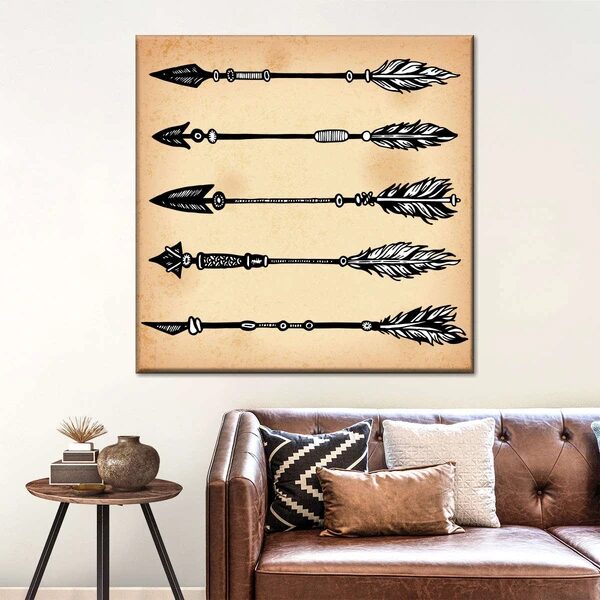 Arrows are literary expressions of weaponry that are used to acquire food, hunt, and protect the tribe. In a more metaphorical sense, it represents defense and protection. It is mostly used by tribes to signify peace by “broken arrow”. The arrowhead also represents direction and alertness. Spears are also weaponry that was used by the Native Americans and it also carries significance and symbolisms.

This is the most commonly used material associated with Native Americans because it is present in virtually every tribe. The feather is universally recognized as the symbol that represents strength, wisdom, honor, and freedom. It is incorporated into many Native American wears, as it is one of the most respected symbols.

Feathers are also used to identify and signify titles in the tribe. the Native Americans are well known for their headdresses as it is an important part of the cultural attire, as it is most often used to refer to the people and their culture.

There are different variations of the circle based on the tribes, with slightly different meanings. However, the overall symbol represents the four elements which are; air, water, fire, and earth, which also signifies the changing of the seasons, death, and rebirth, as well as, the first four tribes of mankind. 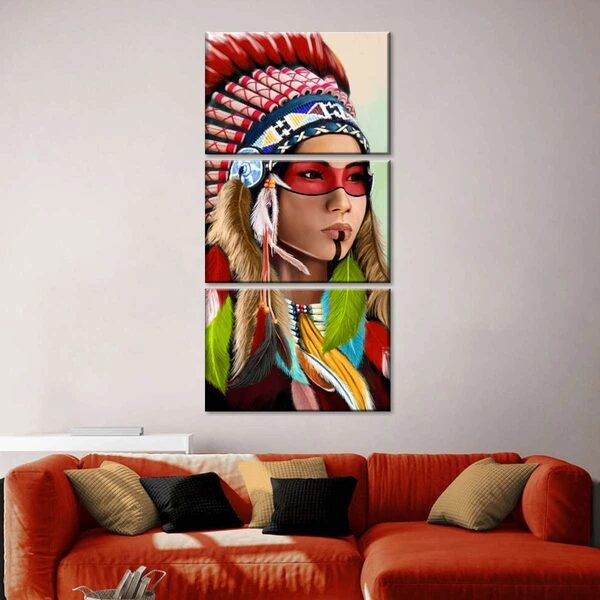 The Headdress represents strength and bravery to the indigenous people. Headdresses are usually worn by the powerful and titled and influential members of the tribe. They are in themselves beautiful arts. There is various wall art of Native Americans wearing the headdress. 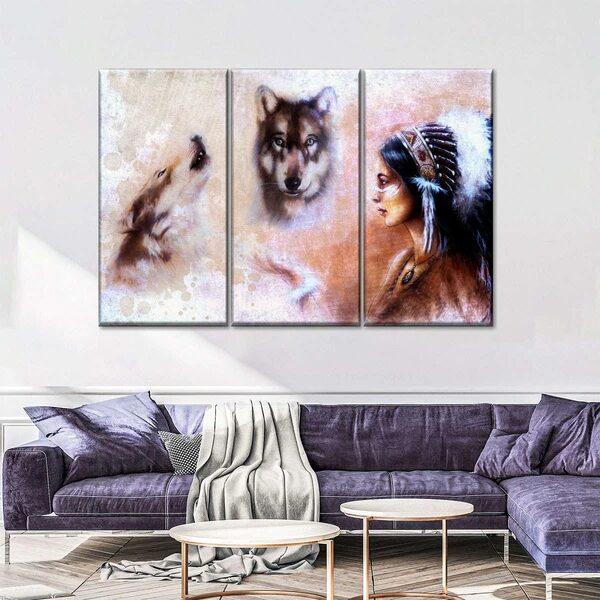 The wolf is a deity in many cultures. It also represents loyalty, fierceness, and compassion.it is indeed a valued symbol amongst Native Americans and many other cultures. The wolf is a respected and reverenced symbol among the Cherokee Indians, as there is even a group that calls themselves Wolf soldiers.

They go as far as wrap themselves in wolf-skin believing in seeking the animal’s strength and power. There have been legends, songs and stories told about the great Wolf Spirit. There is a Cherokee tribe called Aniwaya, which literarily means wolf clan.

The bear is also another reverenced animal in Native American culture, as it is seen as a spiritual guide. It also represents courage and physical power. Bear claw connotes protection and a link to the animal. It is also worn by people who seek leadership. 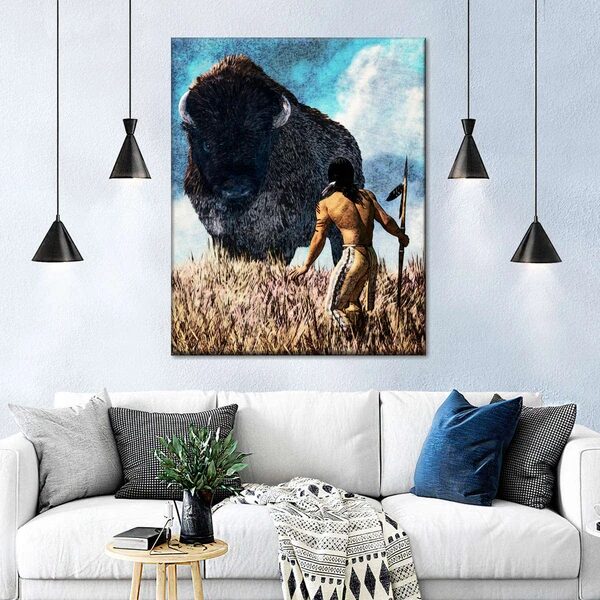 This is the major food source of the Native Americans, it is also a resource for their materials. Buffalo or American Bison holds major significance in Native American culture, as it represents sustenance of life and humbleness. It is a symbol that acts as a reminder for the people to only take what is needed and not be wasteful. 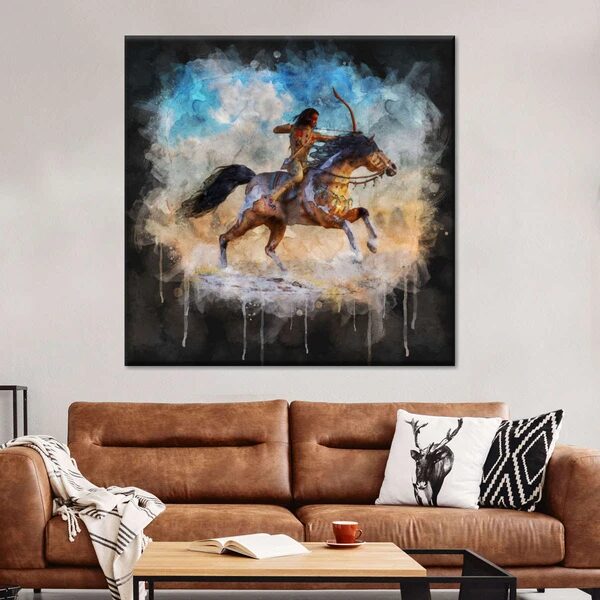 Horses were the major form of transportation for the Native American tribes. It is also a symbolic element being that represents strength, freedom, and nobility. 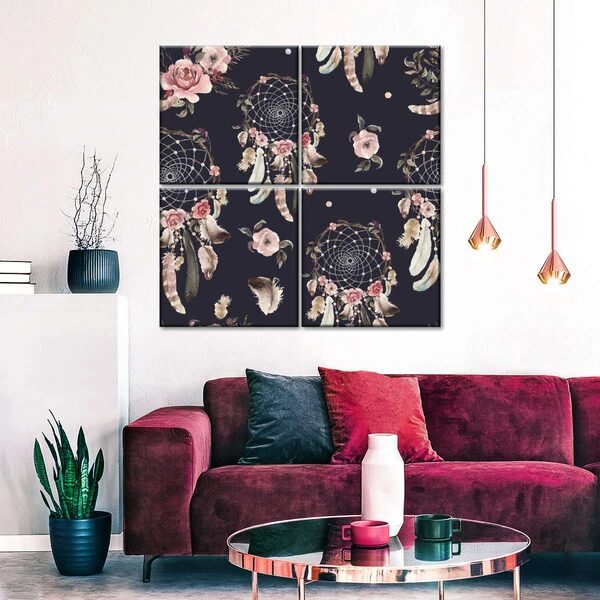 This is quite popular and is used in many homes and cultures. it has become a well-known craft item, jewelry piece, and also home décor. It is a Native American Talisman made for protection against nightmares and bad dreams. It is believed that the dream catchers act as a spider web to trap bad dreams and visions allowing only the good ones to filter through.

There are other animals like fox, snake, coyote, turtle and also butterfly, dragonfly, hummingbird, eagle, falcon, thunderbird and much more, whose symbolism are prevalent in the Native American culture.

Native American-inspired wall art can be used for symbolism in design and style, especially for all those who appreciate and value the culture. check the various collection of amazing and beautiful Native American wall arts for sale at the NO.1 online gallery Elephant Stock. With a wide range of amazing collections to choose from, in premium quality canvas prints and frames, in varied sizes, colors, and shape, as well as, multi-paneled canvas option. You can make your order from the comfort of your home and have it safely and timely delivered to your very doorstep without any hassle. 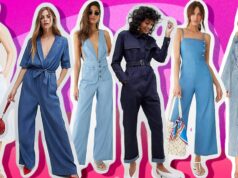 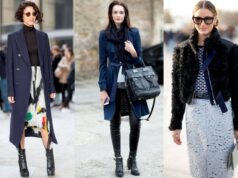 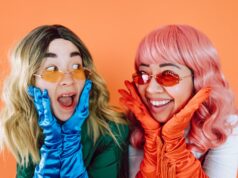 Human Hair: Which Texture Should You Wear?